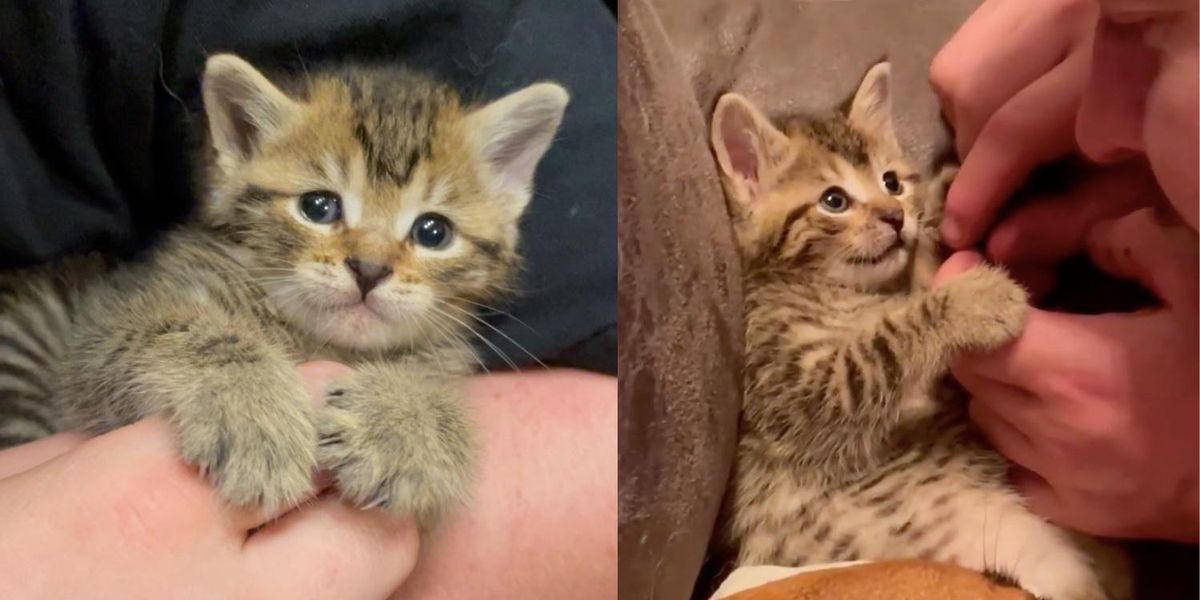 A kitten who was found all alone, is over the moon to have a big family to dote on her. 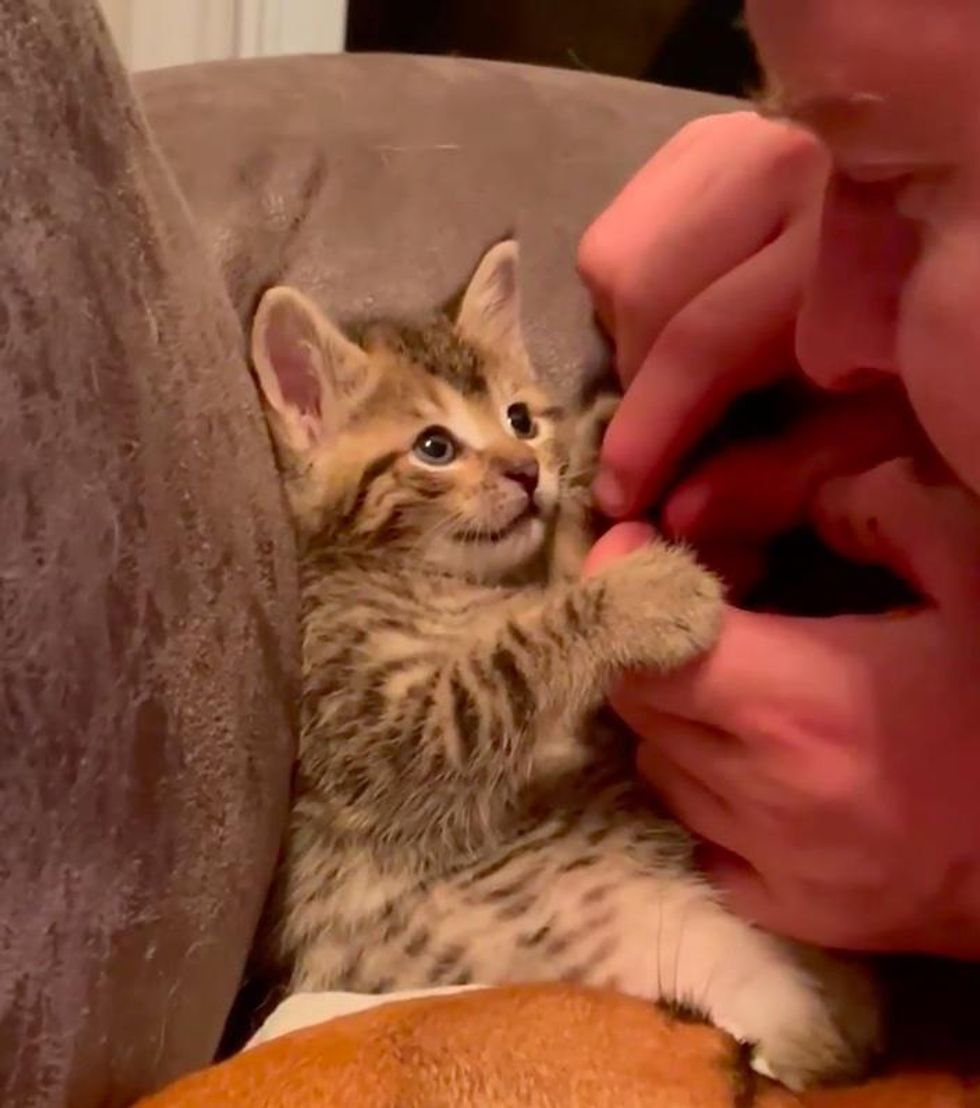 Early September, Good Samaritans from Ontario, Canada spotted a 4-week-old tabby outside by herself. Her mother cat and siblings were nowhere to be found, so the kind people reached out to their local rescue for assistance.

The kitten was in desperate need of warmth, food and round-the-clock care. When Karly and Katelyn Saltarski, sisters and co-founders of Salty Animal Rescue, were contacted, they took the tabby in with open arms.

The kitten whom they named Martha (aka Marty) was immediately placed in a foster home, while they continued to look for the cat mom and other kittens. 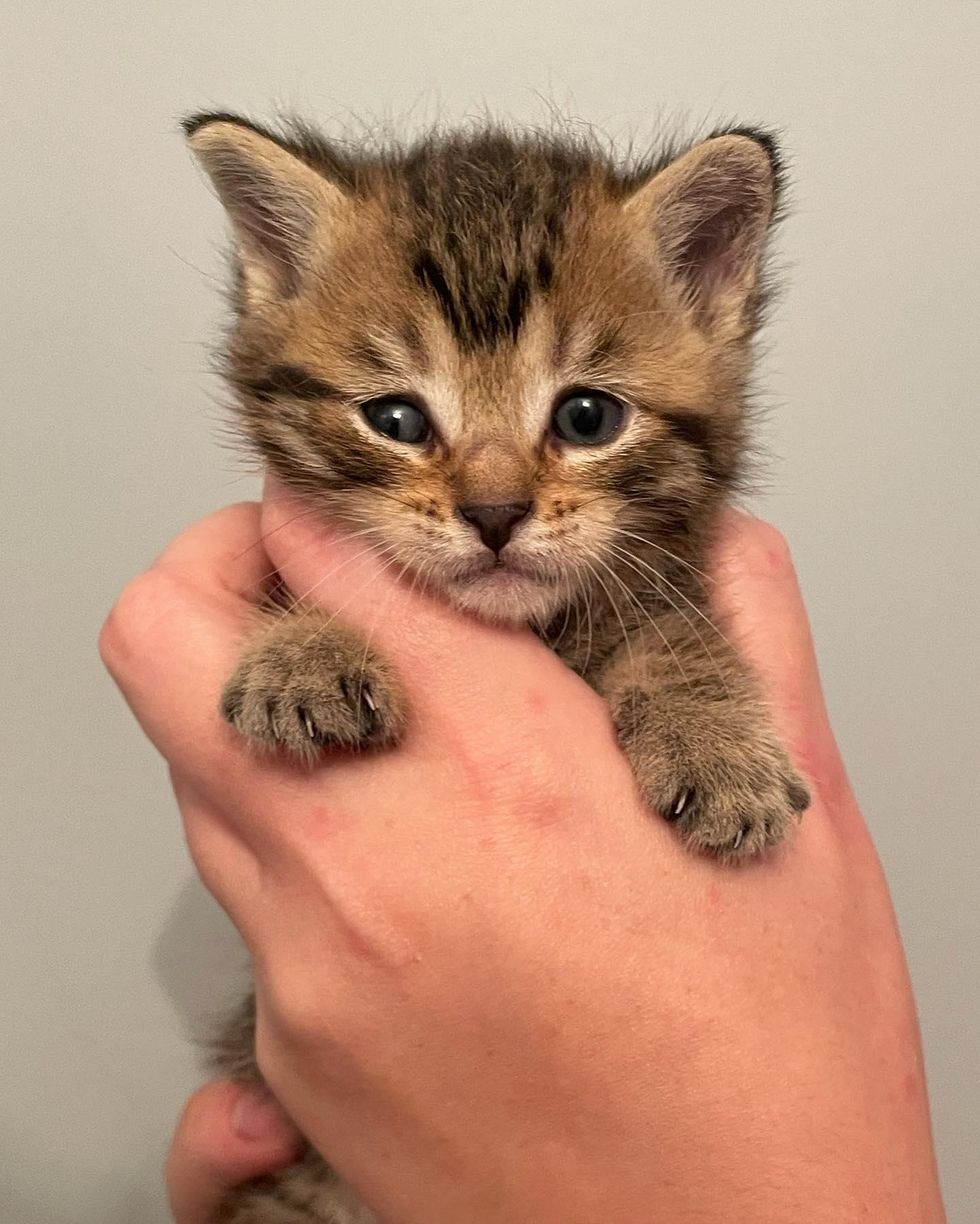 Marty was syringe-fed every few hours each day until she was ready to start weaning. She quickly swooned everyone she came across, and had her foster dad wrapped around her tiny paw.

The rescue hoped to introduce Marty to a nursing cat and her kittens for socialization, once the tabby was healthy, but little did they know that Marty had a plan of her own.

“This little girl is the funniest little potato. She rarely complains and loves to play,” the rescue shared. “She finally figured out how to eat on her own and is currently mastering the litter box.” 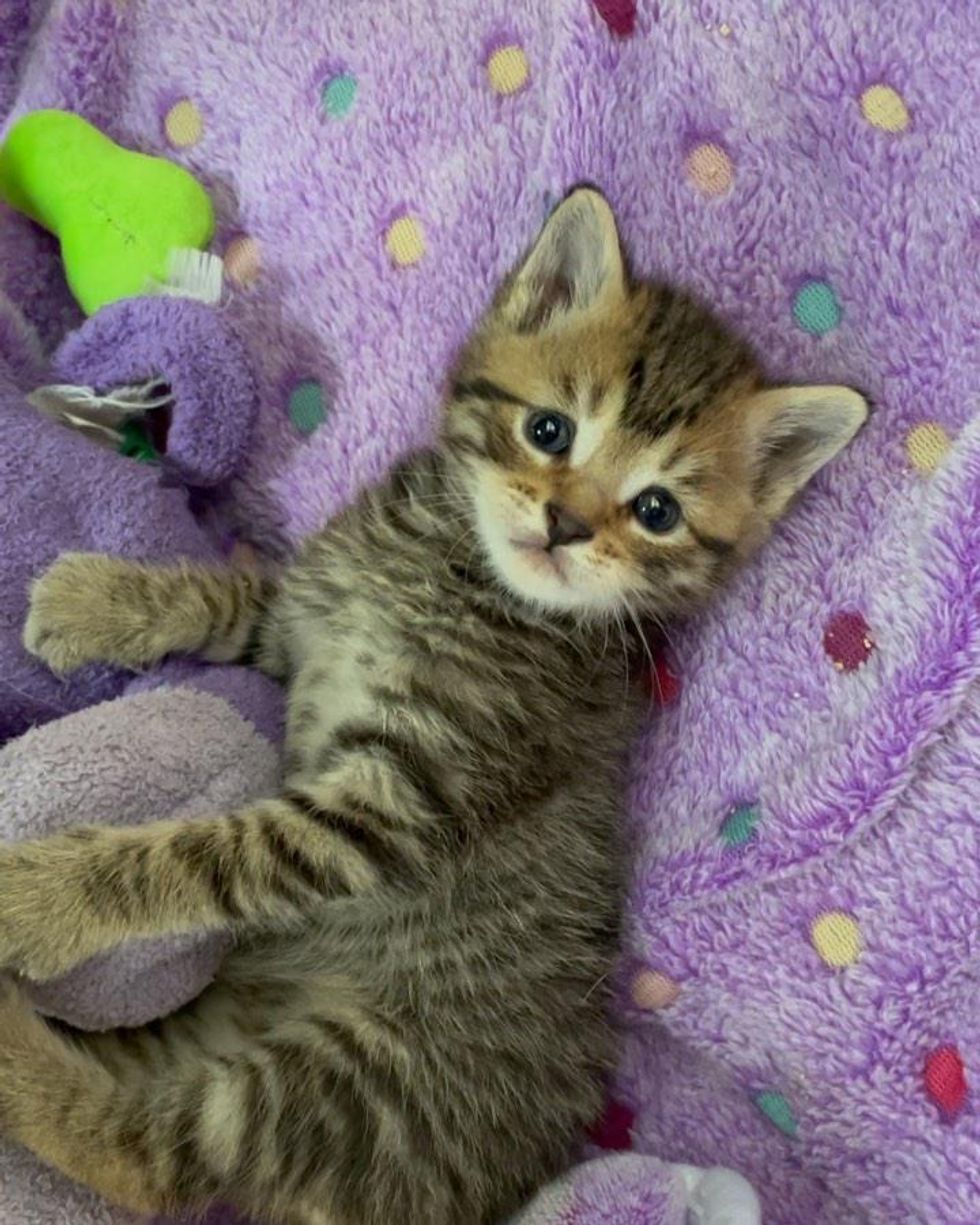 When Flay the cat mom met the tabby, she immediately started mothering her. “She flopped right down wanting to feed her. Surprisingly, she was more than happy to take on another baby,” the rescue wrote.

“Marty was so confused and after some exploring, she sat beside her foster dad asking to go back upstairs. She really didn’t want much to do with Flay or any of the other kittens.” 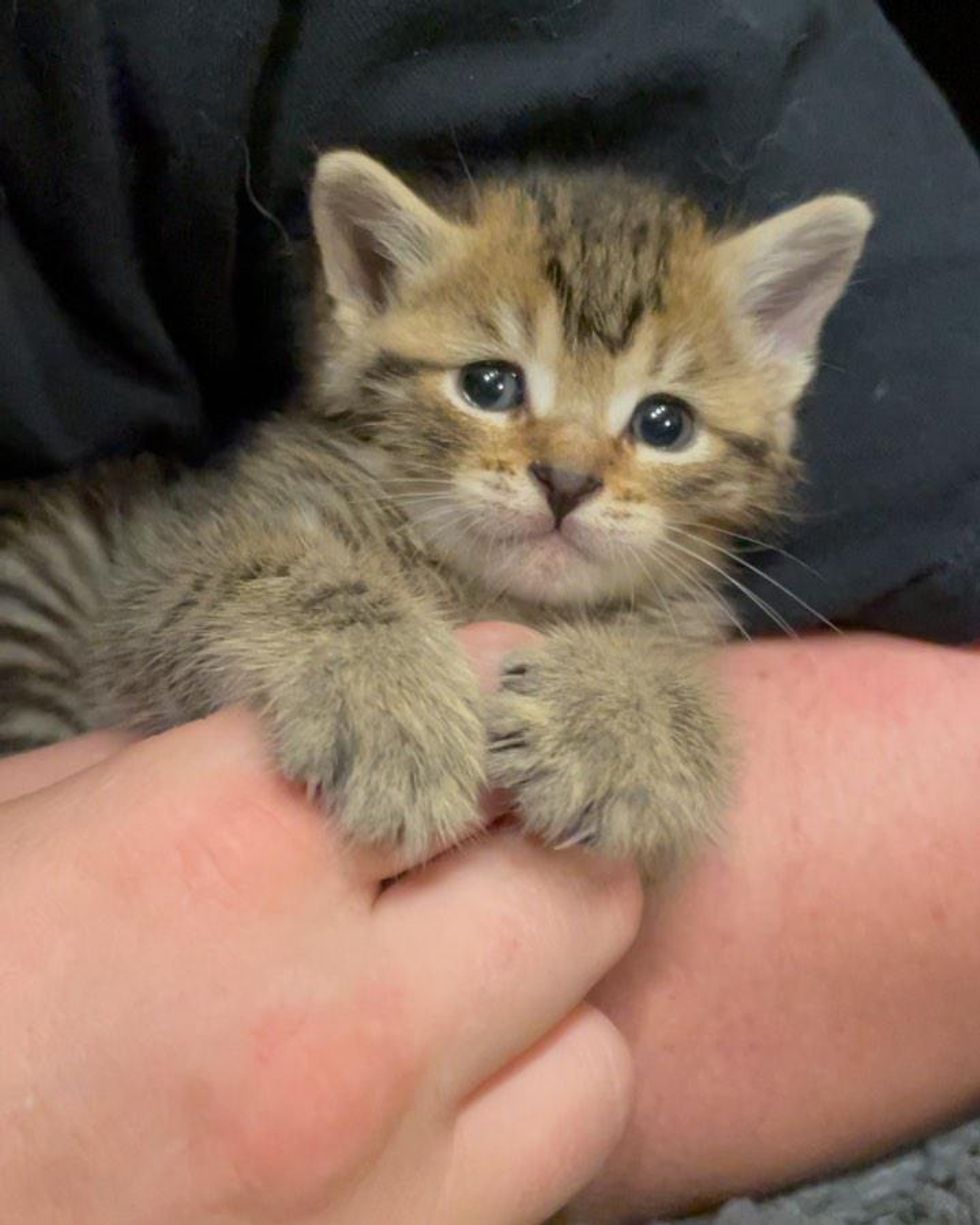 Hoping that Marty would eventually change her mind, they decided to bring her to Flay and her litter for visits and playtime.

Marty’s little squeaky meows caught the attention of the resident dog, Nood, who is also known as the professional kitten cuddler. She came to greet the little singleton — it was then everything just made sense. 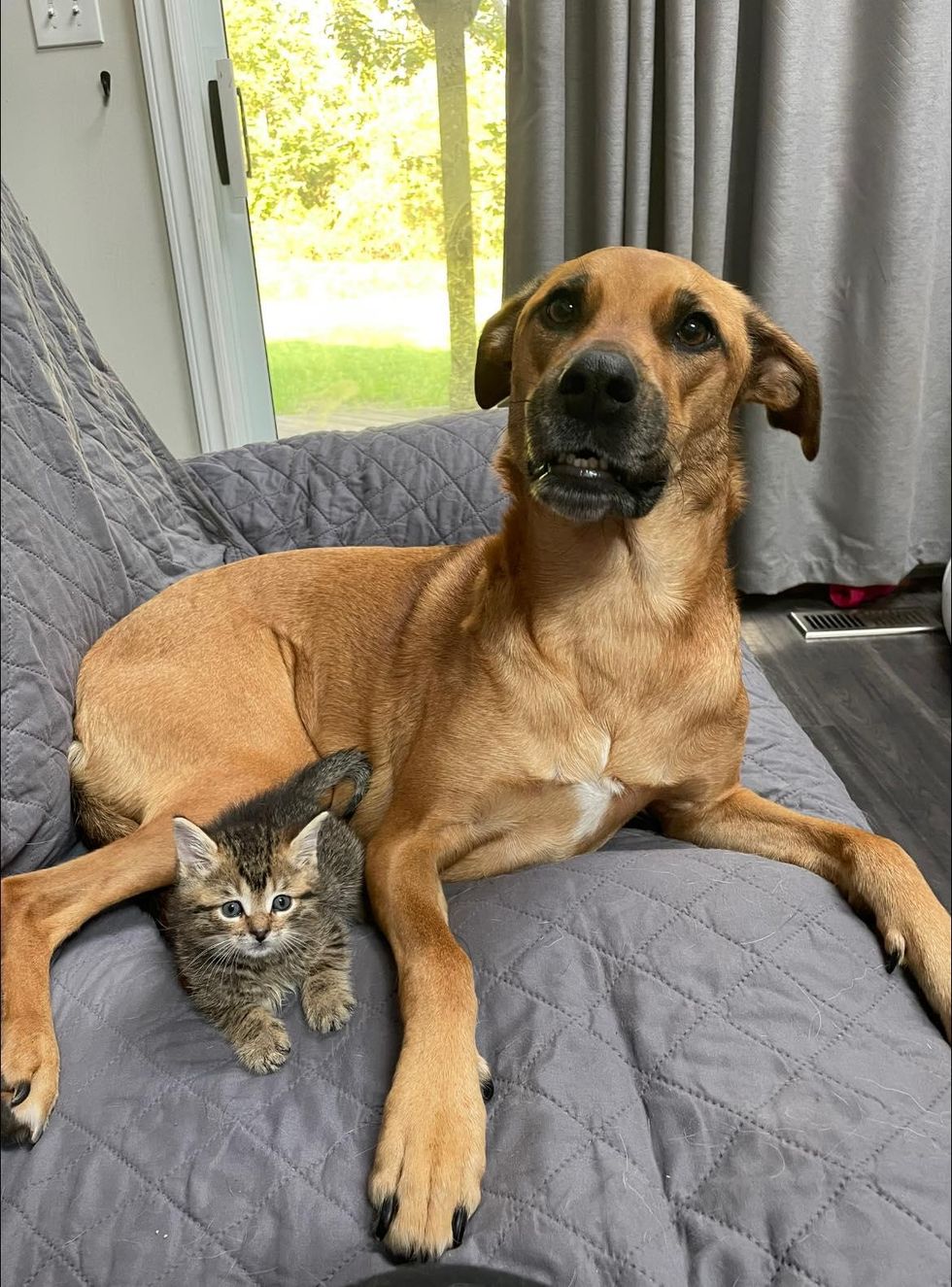 “We think the main reason Marty isn’t so enthusiastic about interacting with Flay and her kittens, is because according to her, she’s already found her temporary family!”

Watch Marty in this cute video:

The little fluff ball took to Nood right away and nuzzled into her warm belly. The sweet canine was over the moon to have another kitten to look after.

“Marty now sees our resident dog, Mama Nood, as well as my two other dogs, as her foster family,” the rescue shared. 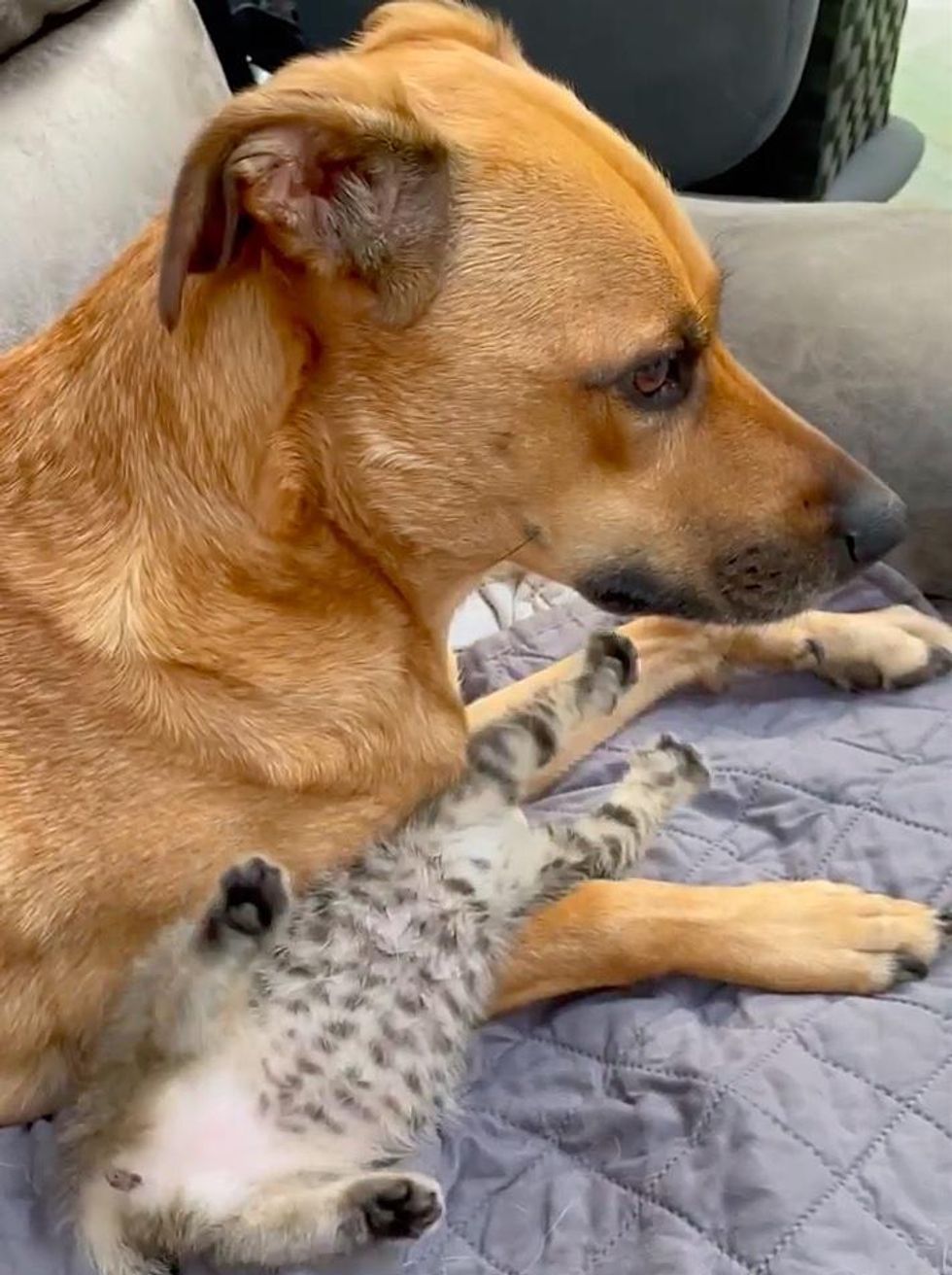 “She immediately bonded with Nood. It may be that little Marty prefers to be raised by wolves, than those of her own kind,” the rescue added.

“We can’t complain because these guys make the cutest, sweetest little foster family, and Marty could not be happier.” 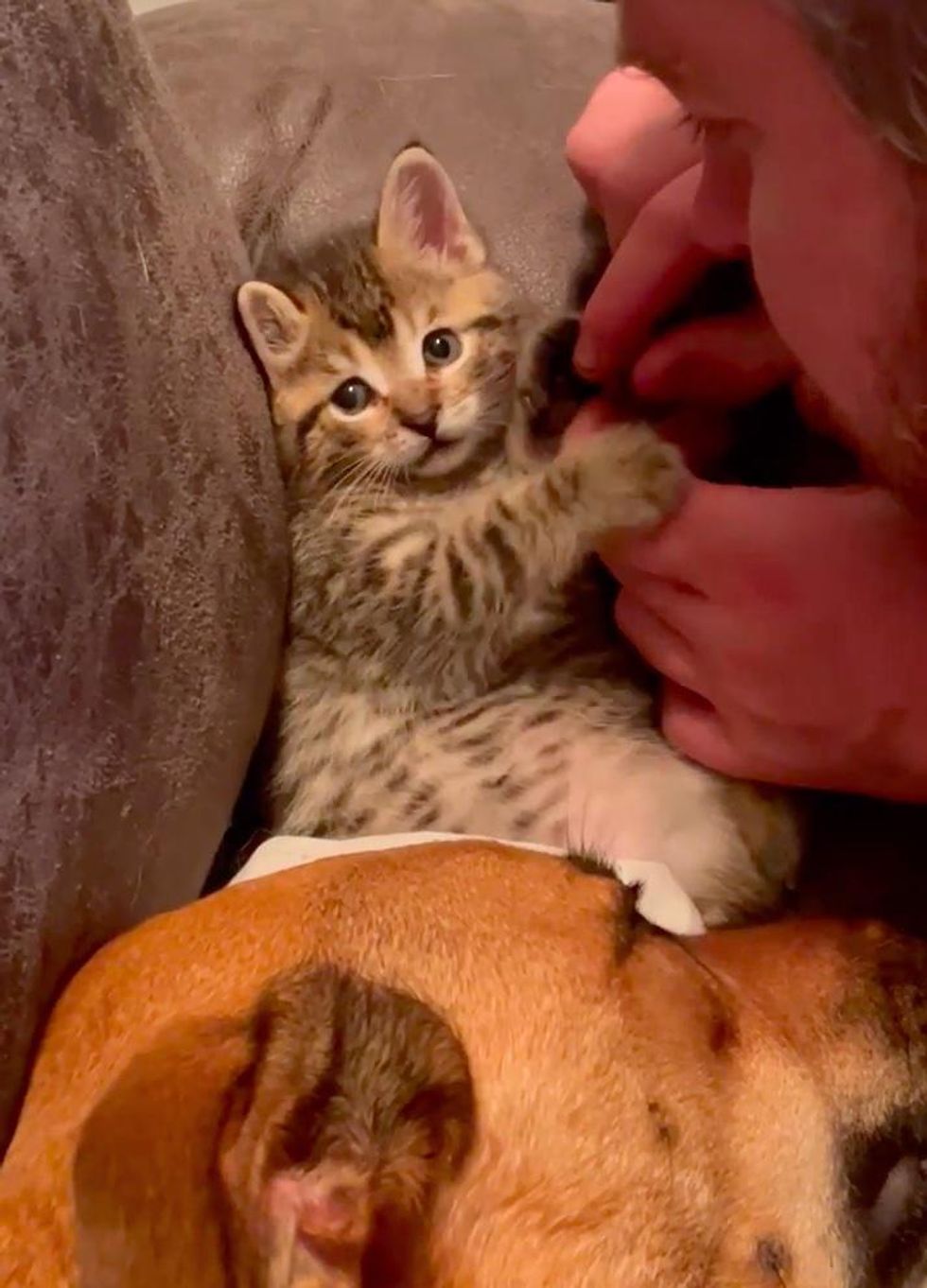 “We will continue to include lots of one-on-one time with Flay and her litter, but ultimately I think our Martha made her decision.” 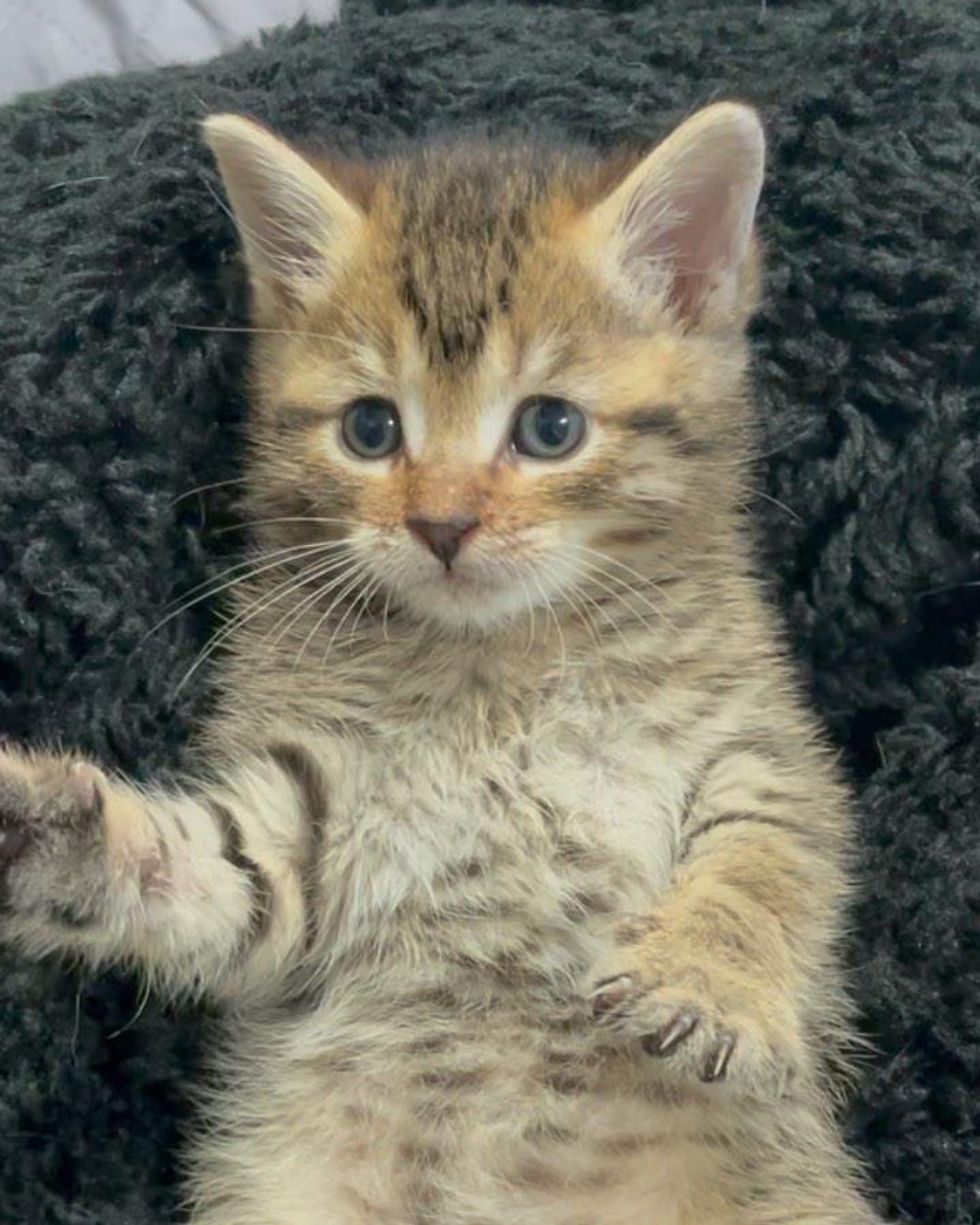 After a rough start, Marty is thriving and growing into a rambunctious tabby. She loves spending time with her foster dad and keeps Nood on her toes. 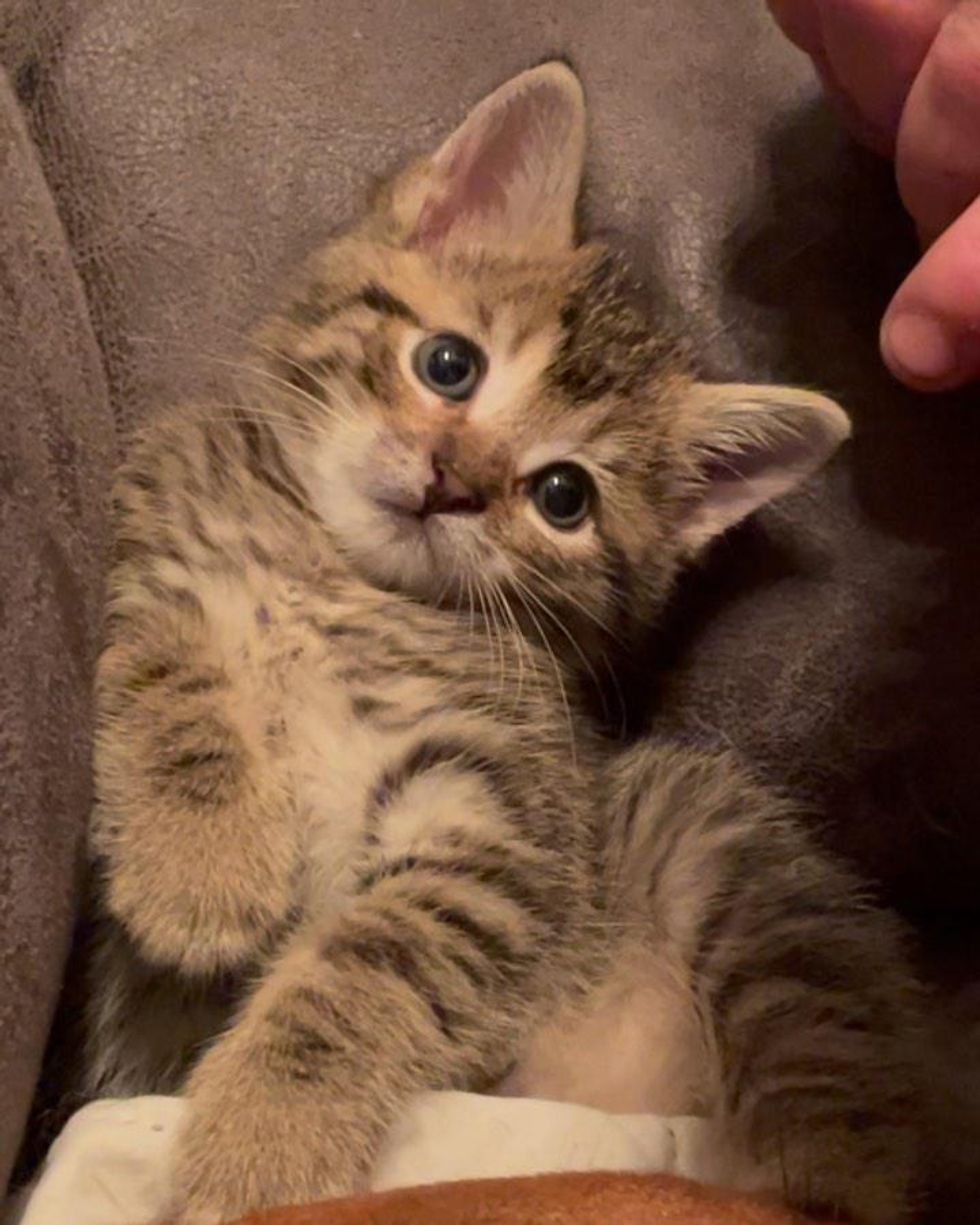 Related story: Kitten with Adorable ‘Blep’ Gets Back on His Paws After Being Found Abandoned in a Yard