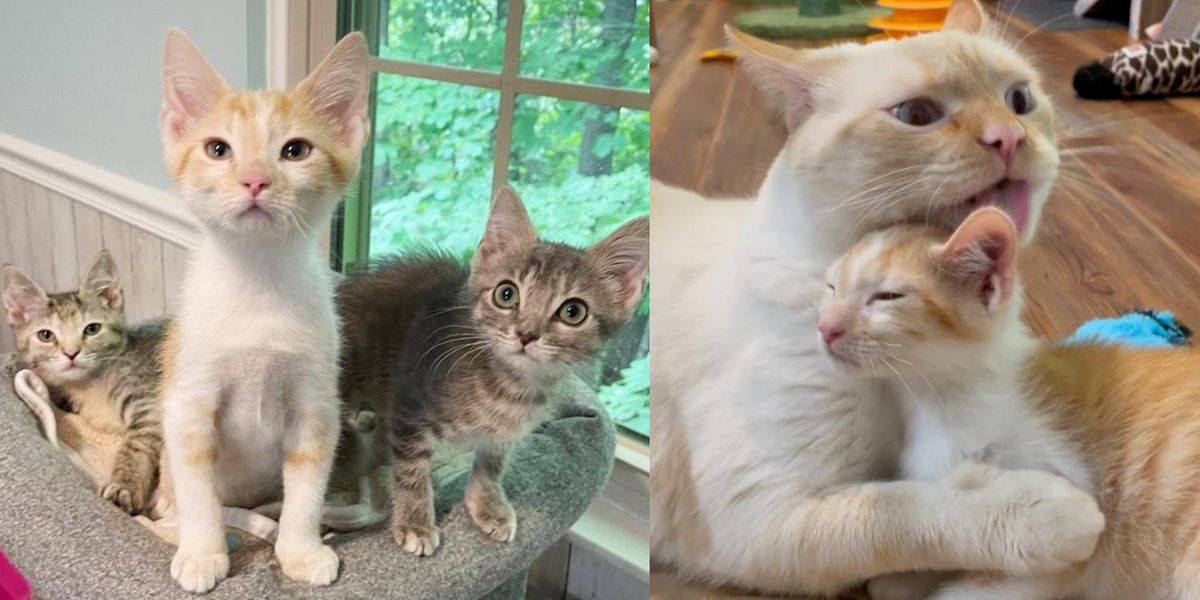 Three kittens got back on track and really transformed with the help of two nurturing cats. 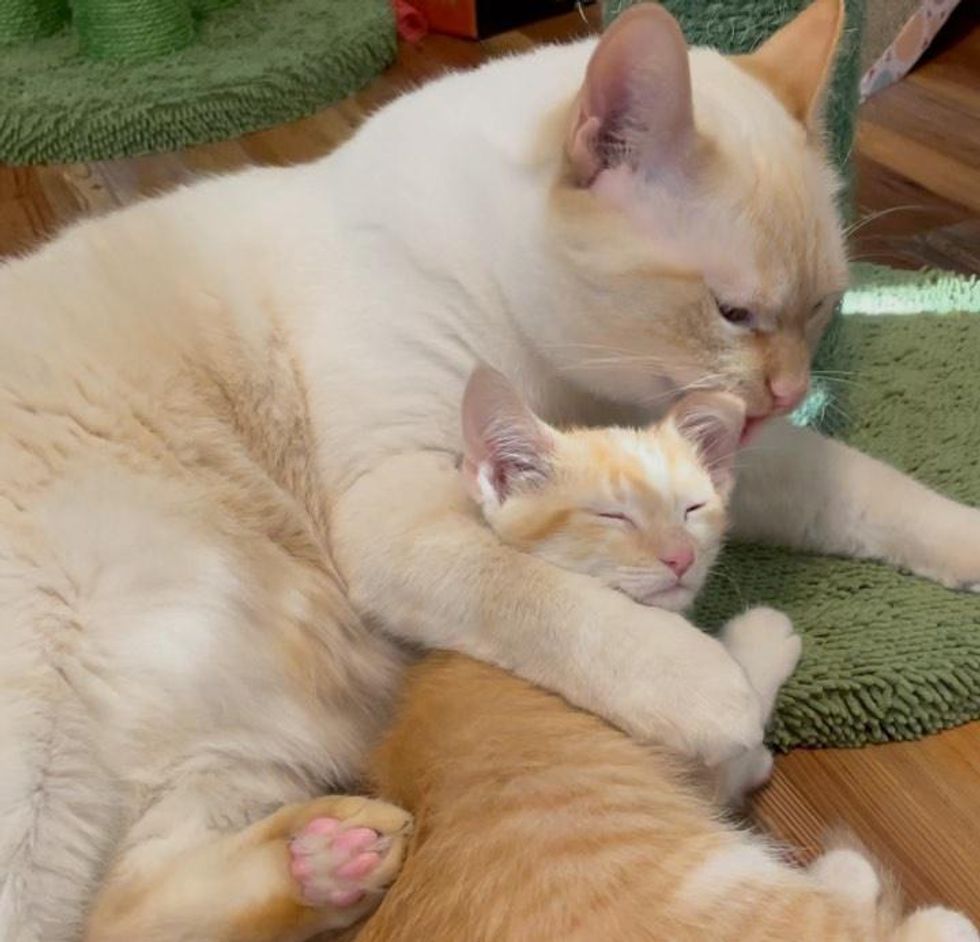 Two months ago, three little kittens were brought into IndyHumane, an animal rescue in Indianapolis, Indiana. Despite being scraggly and rough around the edges, they were eager for attention and showing such strong will to live.

It’s likely that the trio had been outside on their own for some time, before they made their way to the rescue. “They were very skinny and dirty when I got them,” Jennifer, a foster volunteer of the rescue, told Love Meow.

Jennifer took them home and began feeding them every 5-6 hours with smaller meals to help the kittens keep the food down and start making some gains. 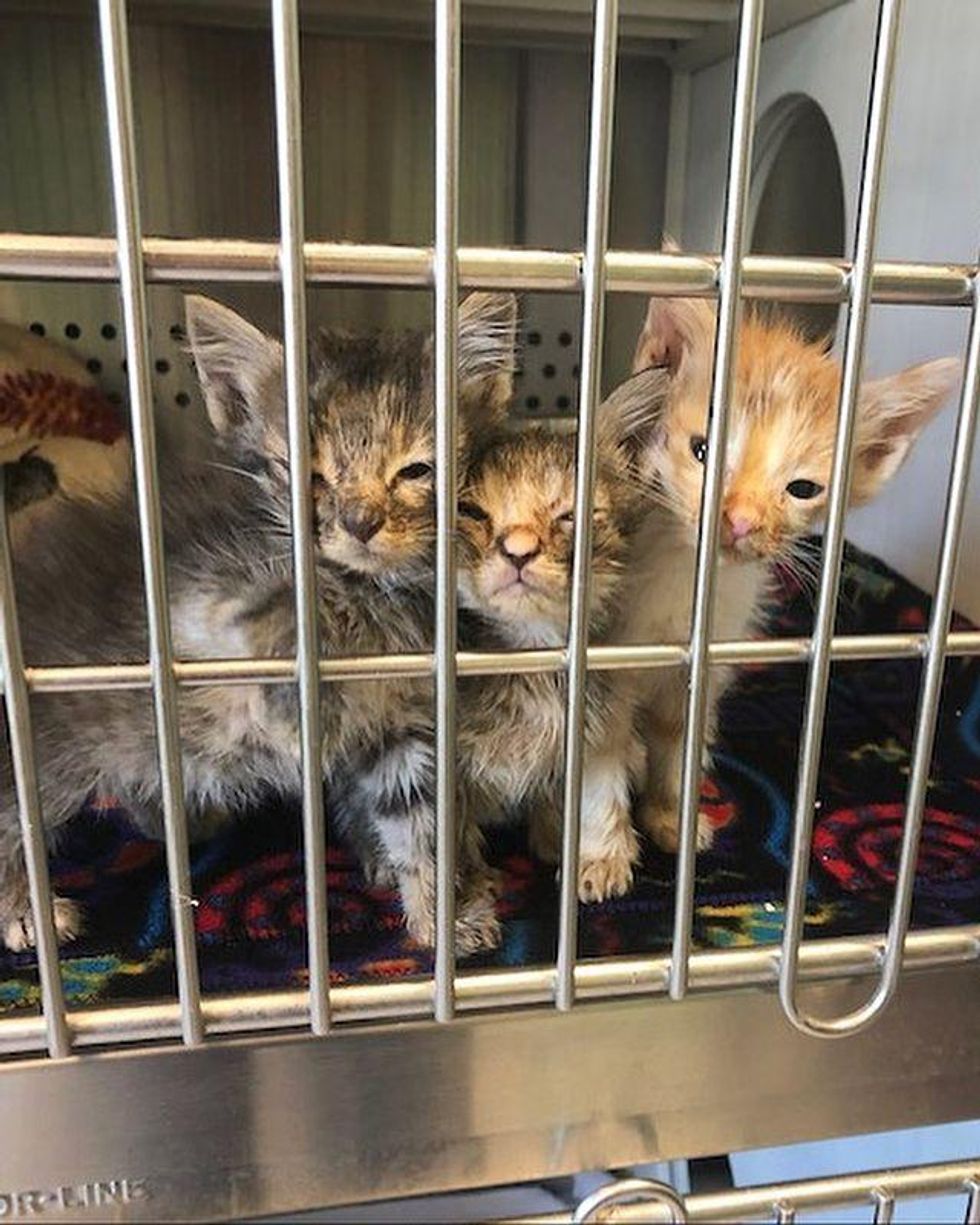 The kittens (Splash, Spritz, and Squirt) were rough around the edges when they arrived at the shelterJennifer @newkittensontheblock

“Splash was the smallest of the trio. She was also the most opinionated. Spritz looked like a little gremlin. She was the most playful and loved toys. Squirt (the orange boy) was obsessed with me. He wanted to be in my lap all the time and purr his head off.”

After getting their tummy troubles resolved, the kittens were all cleaned up and back on track with their growth. They were then ready to meet the resident cats, Bear and Bodie. 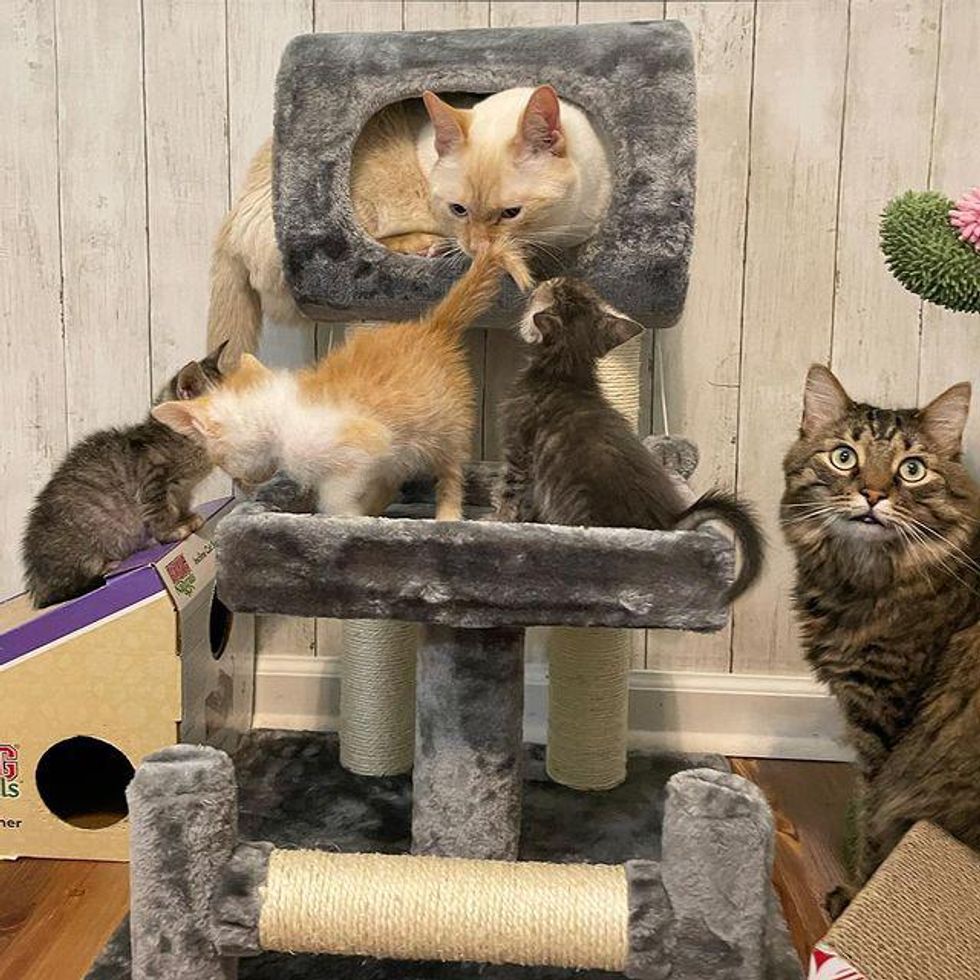 The kittens were thrilled to meet the resident cats, Bear and BodieJennifer @newkittensontheblock

Squirt the orange and white kitten quickly turned into a joyous love-bug overflowing with affection.

He was constantly on the lookout for snuggles, and when he met the older cats, he made a beeline to them for immediate feline kisses and cuddles. 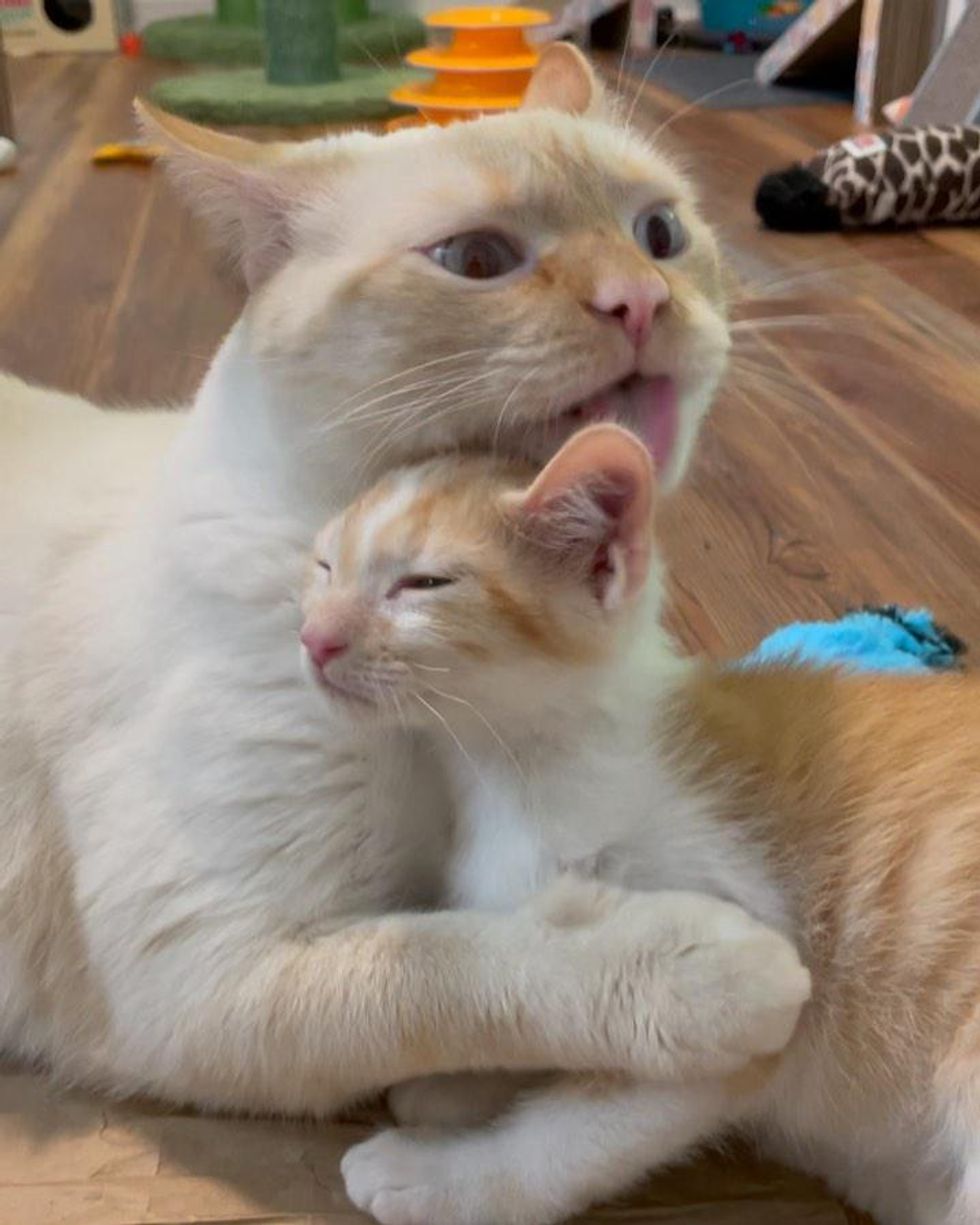 “He loved being held, snuggled and smooched. He walked up to Bear and head-butted him in the face,” Jennifer shared.

Bear and Bodie found Jennifer when they were foster kittens themselves. They have a soft spot for orphaned kittens and seem to know exactly what they need. 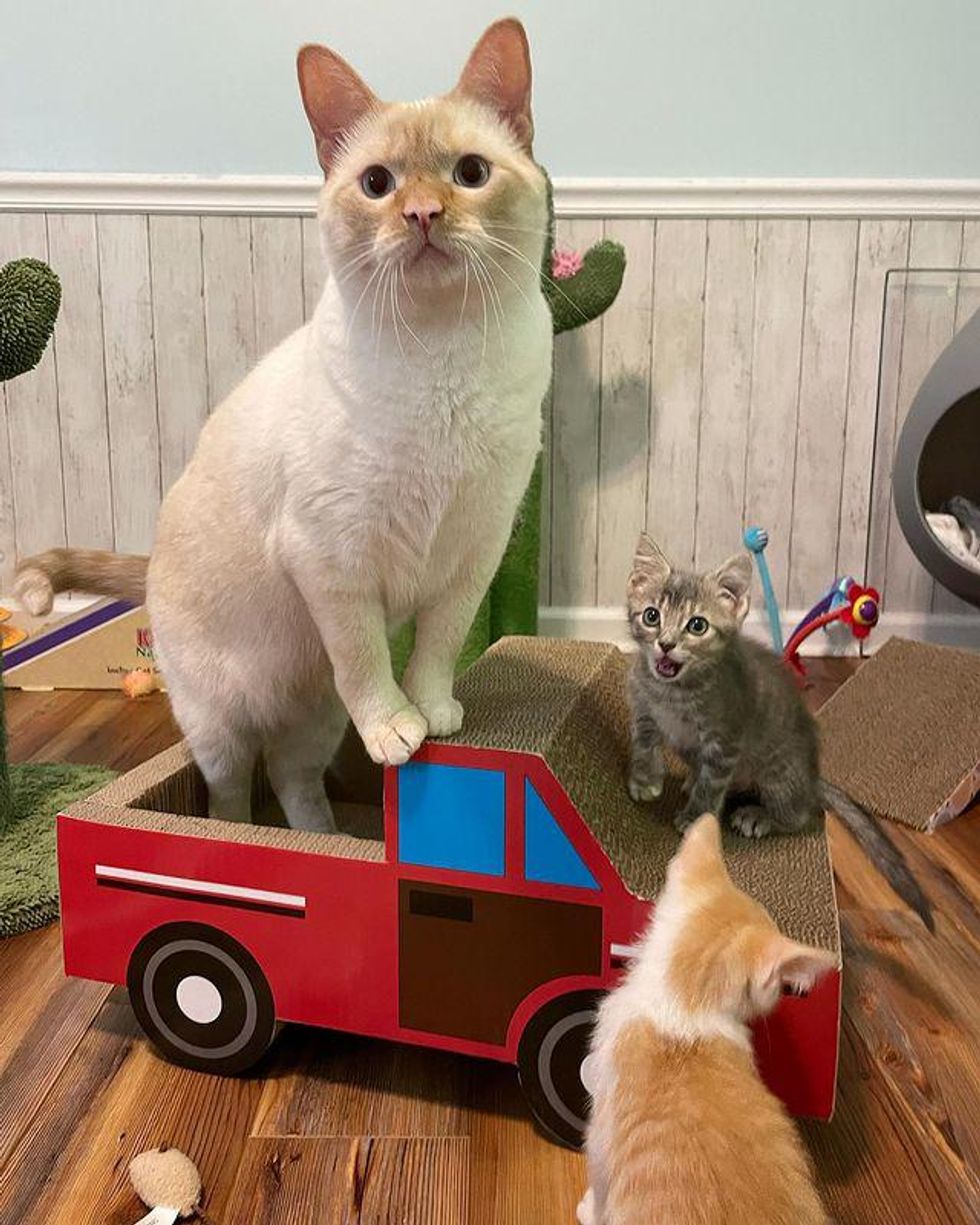 The resident cats showed the trio the ropes, taught them the art of feline etiquette, and showered them with plenty of grooming sessions. The kittens enjoyed their company and rumbled with their adorable purrs when they were doted on.

Watch the kittens and their feline mentors in this cute video:


Kittens and their cat friends

While Spritz and Splash tried to follow in the big kitties’ paw-steps, Squirt was busy sneaking every snuggle he could get from the resident cats. 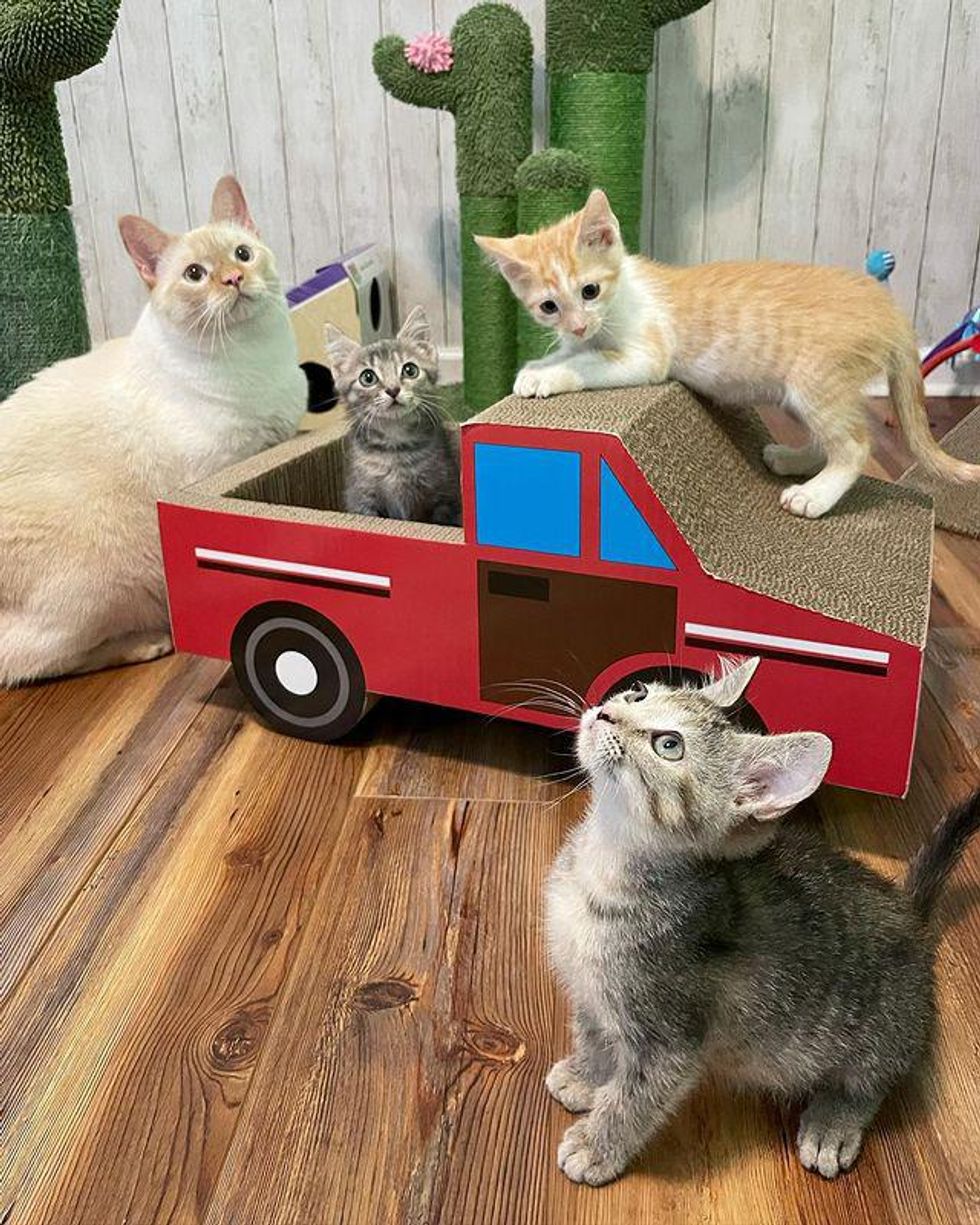 Bear demonstrated how to play with feather toys, and the kittens were mesmerized by his techniques. After play time, they curled up next to him in the cat tree and watched Bird TV through the window. 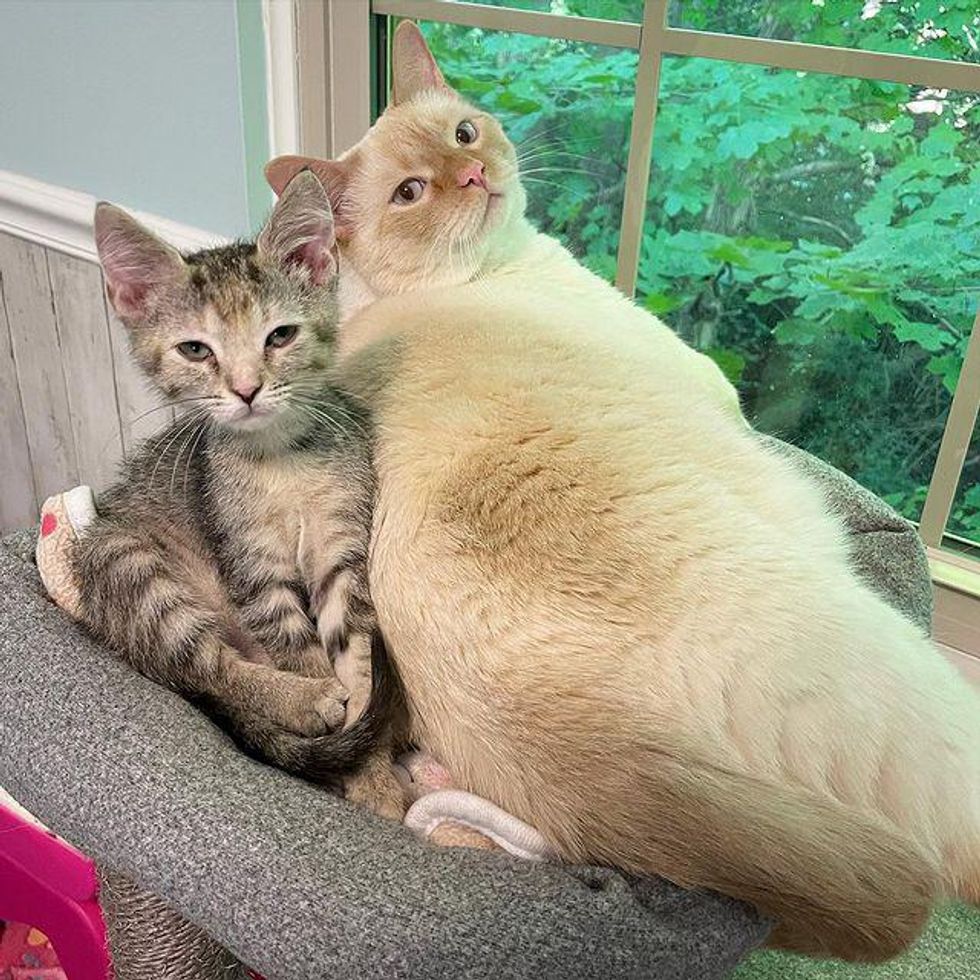 After seven weeks in foster care, the kittens blossomed into happy, healthy young cats. They were ready to embark on a new journey — to find their forever homes. 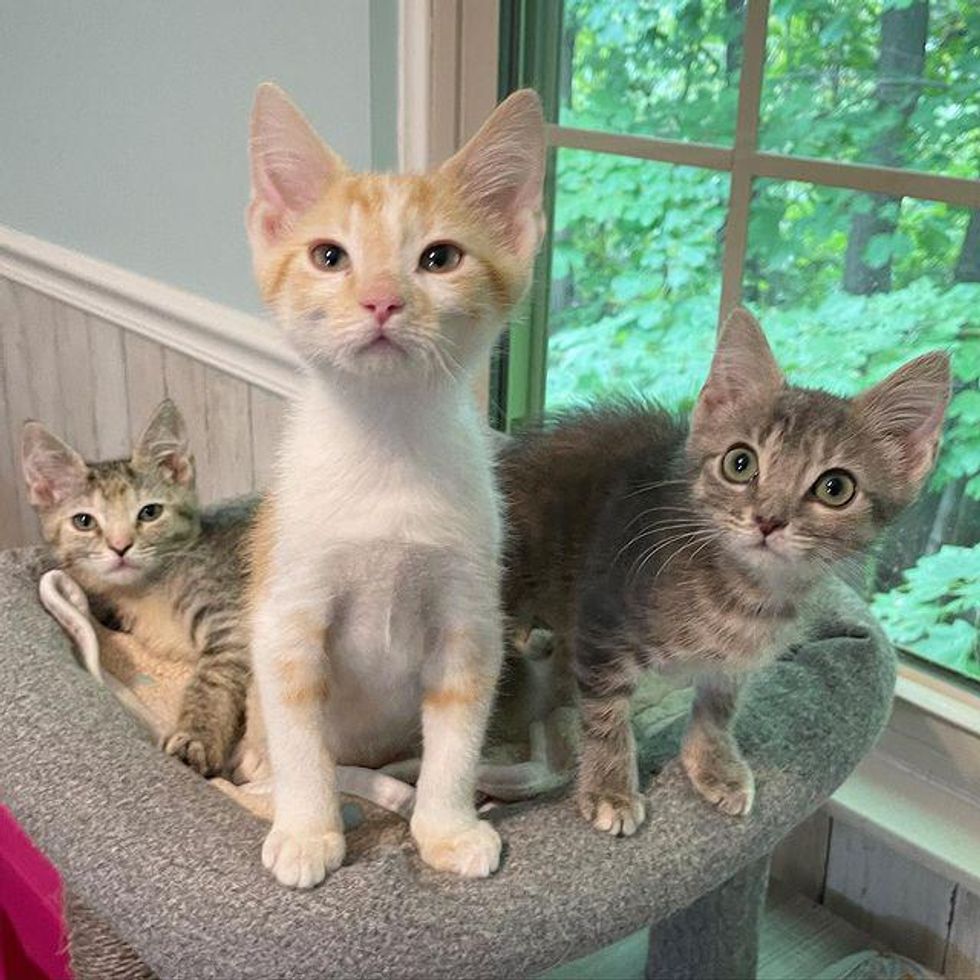 The trio made an incredible transformation in seven weeksJennifer @newkittensontheblock

“It’s so crazy how much the babies have changed (in seven weeks). They were messy little rugrats with giant bloated bellies,” Jennifer wrote. “I’m going to miss being judged by these three!” 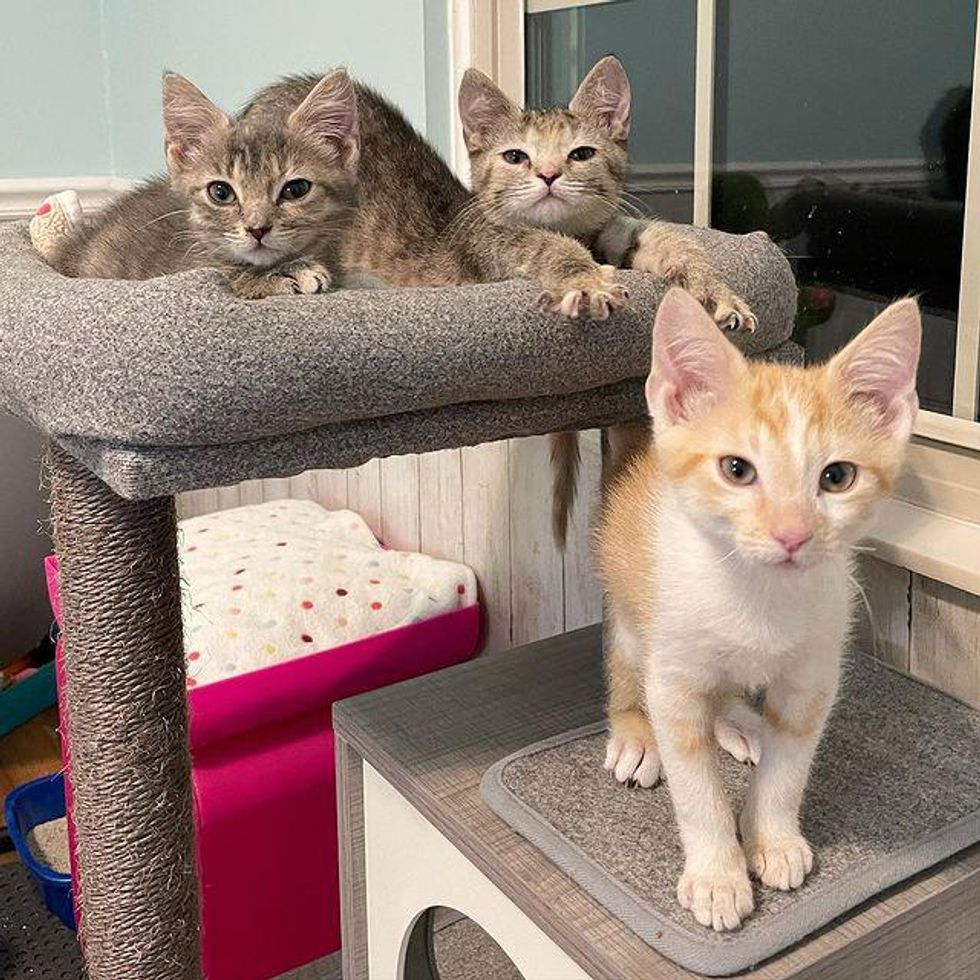 All three kittens have found their dream homes and are thriving with their forever humans who love them to bits.

Bear and Bodie are so proud, and ready to help more kittens that come through their door. 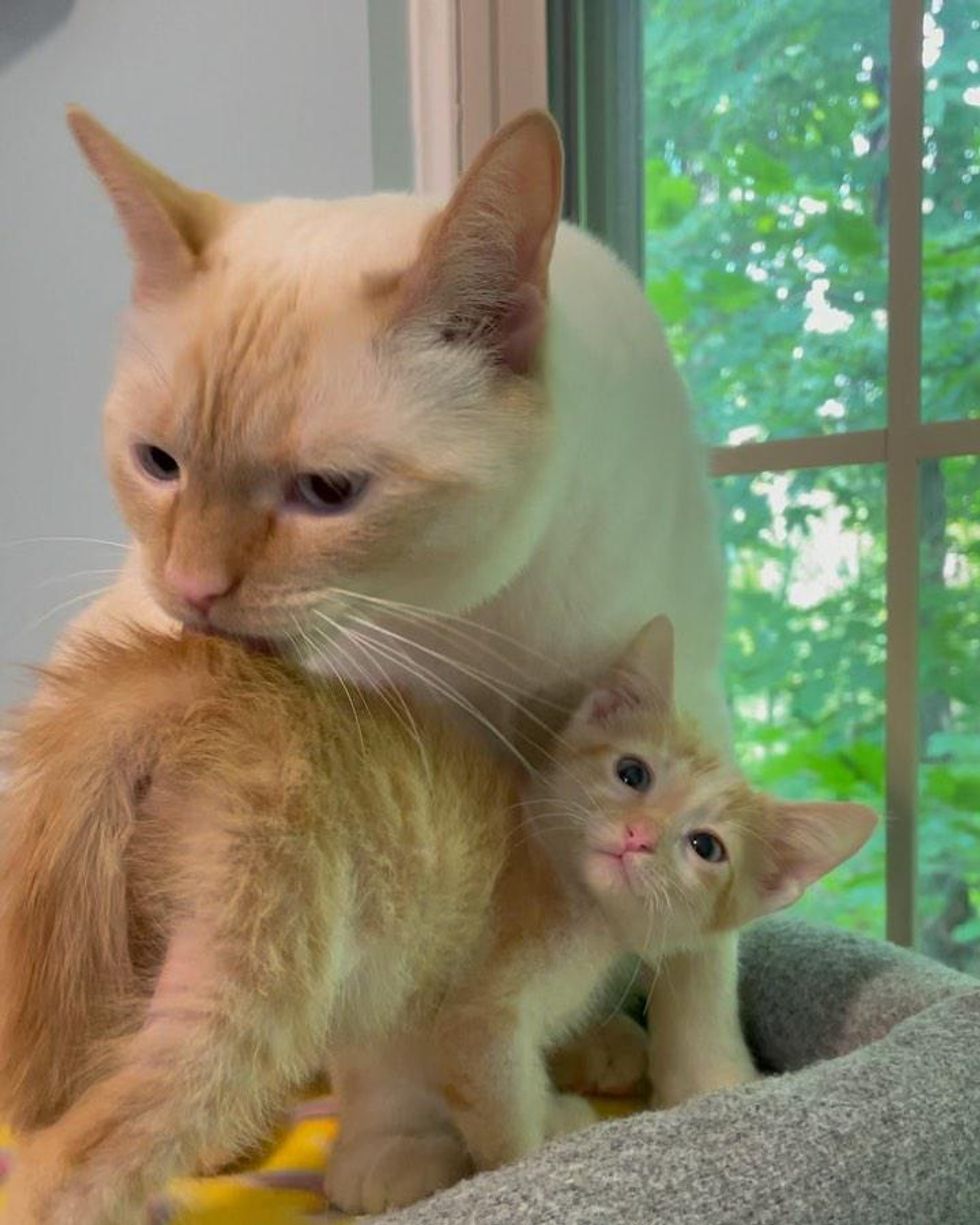 How to socialize feral kittens
Do Mom Cats Miss Their Kittens After Adoption?
House cat care. 💞The cat is pregnant in the last month.💞
Monkey take care of the little kittens #monkey #kitten #cat
10 Jerk Moves Your Cat Does, Explained