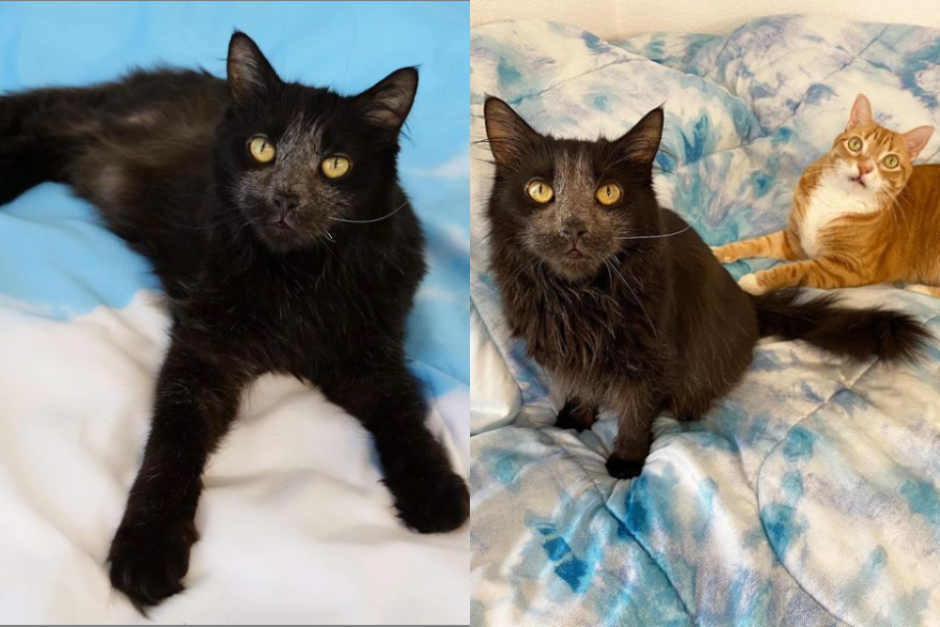 Rest in peace, Cole. You will be missed by many.

Beloved famous feline Cole, one half of the duo Cole and Marmalade, has died.

Despite cats being the undisputed rulers of the Internet, few online felines are as beloved as Cole and Marmalade, a due that shot to Internet stardom thanks to their owners Chris Poole and Jessica Josephs, advocates for adoption of cats with special needs. (Marmalade is FIV positive and Cole was a rescued black cat. Black cats notoriously face more difficulty finding forever homes.)

Sadly, after a battle with kidney disease, Cole passed away on Sunday, October 10th, 2021. In a Facebook post the family shares: “He put up a brave fight that was helped by all of the love you sent his way, but his body can’t support itself any longer and he let us know it’s time… We’ll be furever grateful for the amazing support you’ve sent our way over the past 9 years, this handsome house panther had a pawsome life and made a big difference in the world.”

Cole became part of the family in 2012 after being discovered flea-ridden in the middle of a busy intersection. Next came Marmalade in 2013, and the rest is history. You can see our introduction to Marmalade here!

During their stardom, Marmalade was featured on the cover of Modern Cat’s Spring/Summer 2015 issue, and the duo were even guests on the Ellen show. They amassed over 1.44 million YouTube subscribers and 2.2 million Facebook followers.

The family are advocates for TNR—Trap, Neuter, Return programs—and for ending the stigma around caring for cats positive with FIV. Their website offers valuable information on cat care, adoption, and tons of heartwarming stories. Though their work will continue, Cole will certainly be missed by all.

Are you grieving the loss of a cat? Check out our post on how to grieve the loss of a pet here, or post a memorial of your beloved friend on Modern Cat here.