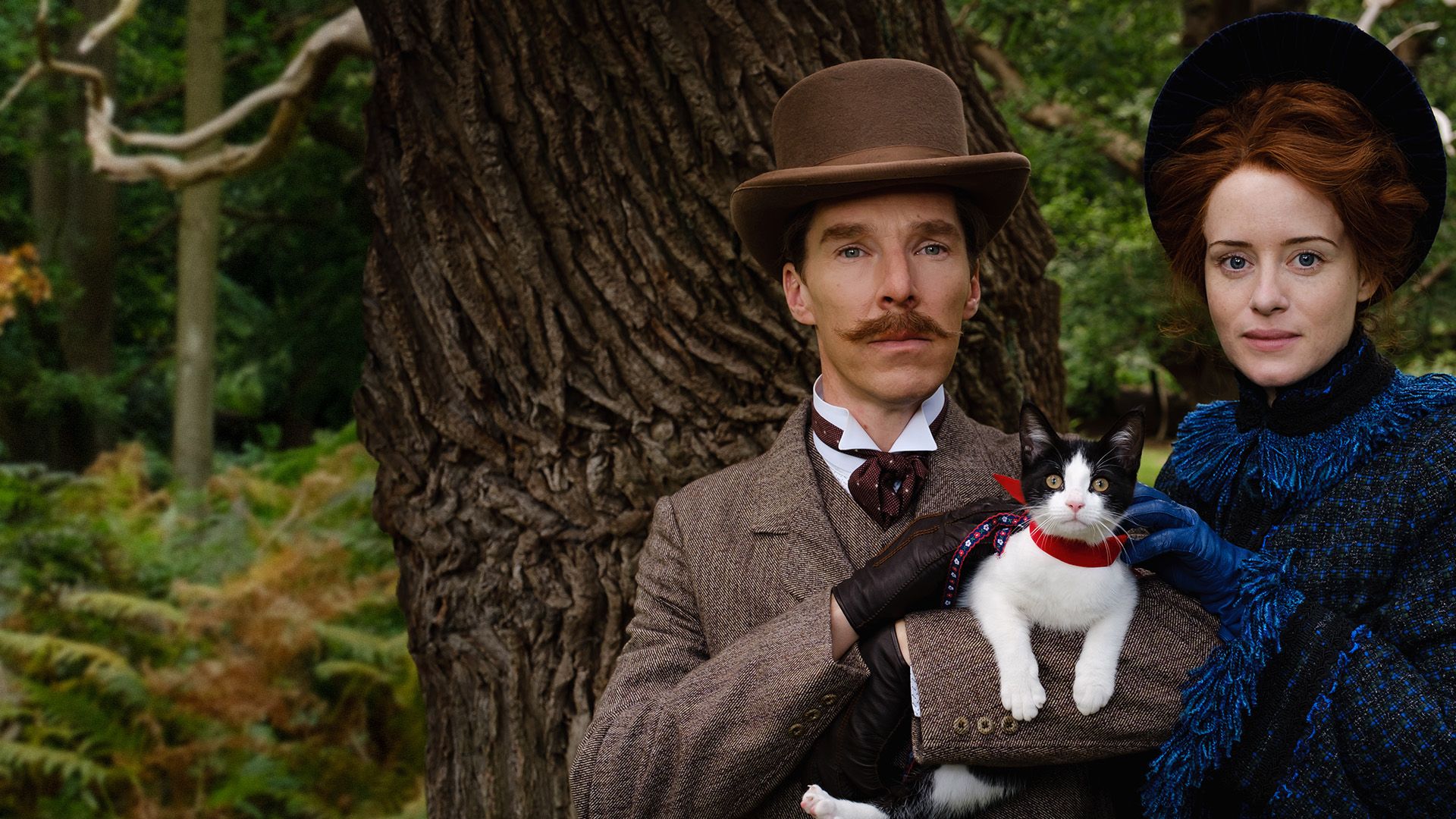 Wondering what to watch this weekend? In the The Electrical Life of Louis Wain, soon to be streaming on Amazon Prime, director Will Sharpe and Benedict Cumberbatch combine forces give cats an all-too-rare cinematic turn.

The Electrical Life of Louis Wain dives headlong into the life of eccentric illustrator and cat lover Louis Wain, revealing the man behind the art, and the movement of making cats more appealing to the masses.

Louis Wain, an illustrator from the late 1800s, is best known for his anthropomorphic depictions of cats and kittens. He’s known for playing a pivotal role in changing the popular attitude towards cats in England at a time when felines were seen not as house cats but as working mousers living in the barn. Wain’s charming illustrations and vocal opinions played a hand in bringing cats into the home as pets and family members.

Cast as Wain, Benedict Cumberbatch, has a strange, beguiling charm. Cumberbatch captures the awkward and eccentric illustrator, the only male in the home of his bohemian mother and five sisters. As the man of the house he is expected to provide—and he does, by drawing animals of all sorts.

There are many strikes against Louis in his life, from his harelip, anxiety, and depression to his decision to marry a woman (Claire Foy) ten years his senior—and of a lower class no less. However, together the two rescue a dapper little kitten they name Peter, who becomes of Wain’s greatest artistic inspirations.

Despite a raised eyebrow or two, Wain’s home and his life become filled to the brim with feline imagery, from nursery books and greeting cards to magazine and newspaper spreads.

The “electrical” aspect of Wain’s life is a pervasive theme throughout the film. While first only commenting on the electricity felt in the room, Wain graduates to a dogged focus on the effect he believes electricity has on his life and the life of those around him. This is likely due to the deterioration of his mental health which visibly affects both his life and his artwork.

Wain’s mental decline is played with gentle, compassionate precision by Cumberbatch, and is shown through subtle changes in the character’s perspective. His speeches become strange, his gaze far off, and the director allows us a look through Wain’s refracting lens on more than one occasion.

This, of course, is only one of the themes that makes the film both affecting and entertaining. Art lovers will enjoy The Electrical Life of Louis Wain not just for the subject matter, but for the way every shot is carefully framed, each scene a momentary portrait in time. Cat lovers will enjoy the slice of feline history that the film provides, with many opportunities to fawn over shots of cats and kittens scattered throughout.

H.G Wells once said of Louis Wain: “He has made the cat his own. He invented a cat style, a cat society, a whole cat world. English cats that do not look and live like Louis Wain cats are ashamed of themselves.” Wander into Wain’s cat world and have a look around. You’ll almost certainly enjoy what you see.

Watch on Prime Video on November 5, 2021. Check out the trailer here: