The following post first appeared on iCatCare here and highlights the importance of supporting the charity.

The worldwide population of unowned cats is hard to predict with any accuracy, but estimates put it as high as half the total global number of cats. Unowned cat populations are spiralling out of control in some countries that lack the resources or training to properly manage them, and it’s for this reason that feline charity International Cat Care (iCatCare) identified this as one of the greatest threats to feline welfare. In response, iCatCare developed the Cat Friendly Solutions for Unowned Cats programme to help volunteers and professionals working with unowned cats in all capacities around the world.

Sri Lankan animal welfare charity, Dogstar Foundation, approached iCatCare for advice about starting and running an effective TNR programme for cats. The Dogstar team had already neutered 3,901 cats by offering free neutering services to owners and feline welfare and homing groups, however, the unowned cat population in Sri Lanka has increased to an unmanageable level.

The increase in cat population is in part due to Dogstar’s effective dog control, and not uncommon in countries where a previously large dog population had an impact on cat numbers either from predation or lack of visibility. The interplay between unowned dogs and cats highlights the value of collaboration between different programmes as a critical factor in preventing the unintended consequences from changes in population structure.

In response, iCatCare are launching a new collaborative initiative to trial a remote training package that can be translated into the local language and delivered by organisations or individuals in country. Building on the feedback from the Dogstar team of this trial training package, iCatCare aims to make it available at minimal cost to anyone, anywhere in the world looking to start an effective TNR programme, thereby working towards the goal to create a Cat Friendly world with communities equipped with the knowledge and expertise to manage cats with respect and compassion. 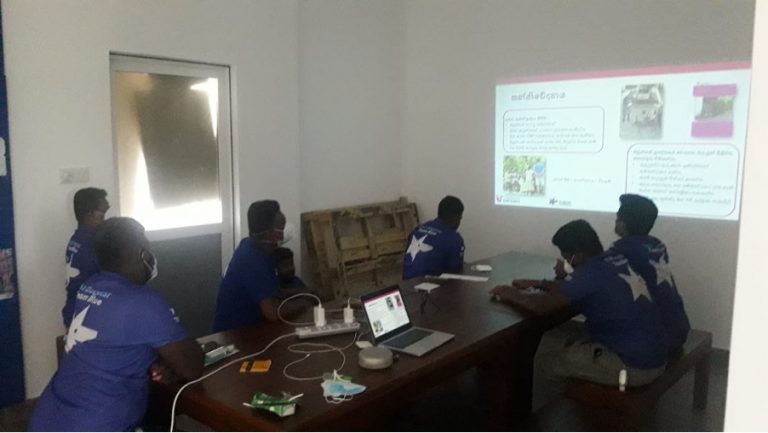 Starting the trainingCatstar have translated the programme to begin implementation, and 9 staff have undergone the translated training programme and are now starting to survey to identify cat colonies and do pre-work with feeders. The team will regularly feedback to iCatCare over the 36 months of the project.

The equipment has arrived!

I am the feline behaviour specialist at feline charity ‘International Cat Care’. We are about engaging, educating and empowering people throughout the world to improve the health and welfare of cats by sharing advice, training and passion.