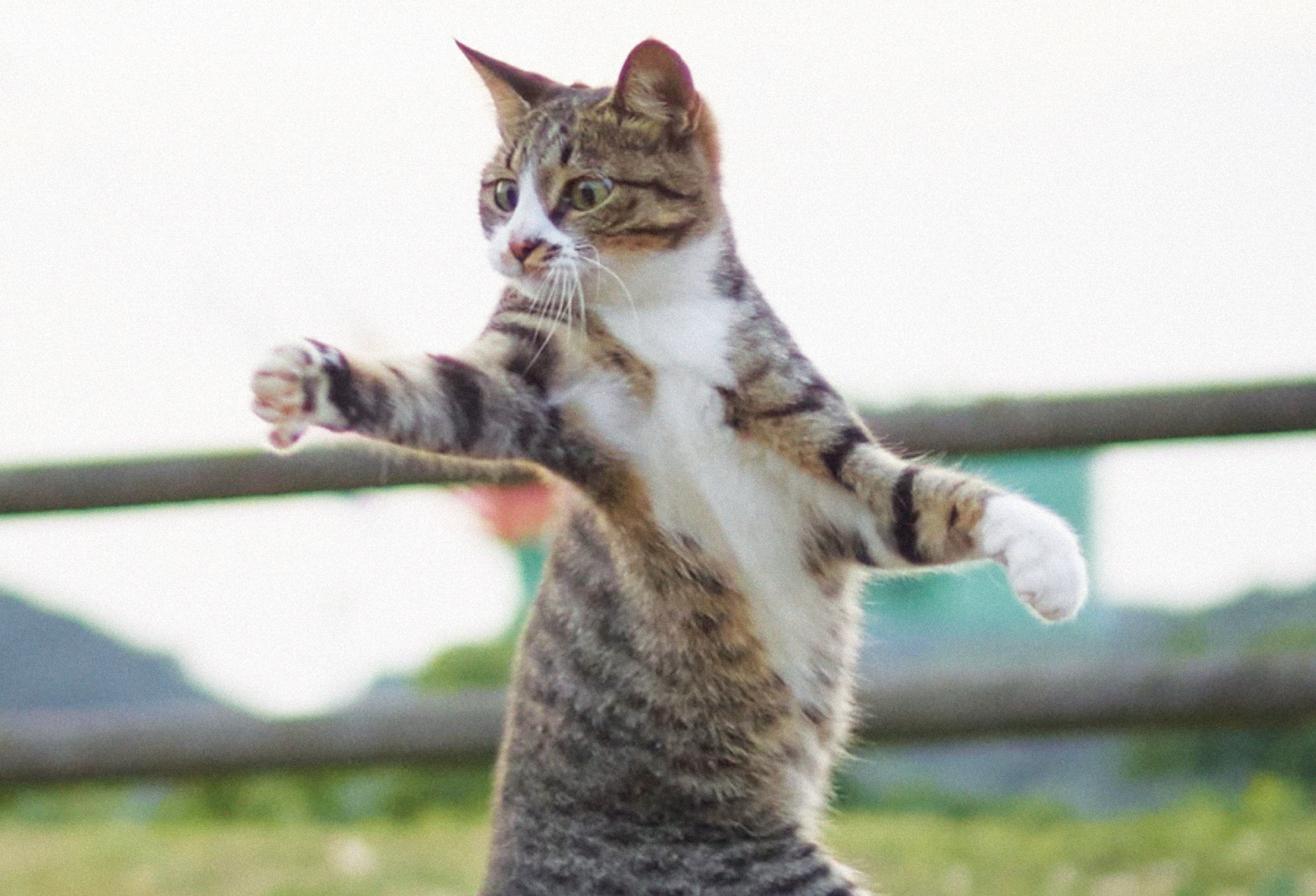 From powerhouse swipes to levitating roundhouse kicks, Japanese photographer Hisakata Hiroyuki’s incredible photos of cats in apparent combat training reveal what we suspected all along: cats are the agile martial-arts experts that action-movie dreams are made of.

The Kyushu, Japan-based photographer has been photographing cats for four years. Initially, he took photos of a cat named Jarashi. Inspired by the reception the photos received online, Hiroyuki continued to shoot “Ninja Cats” in order to publish a book of photos.

He encountered no shortage of feline models.

“There are many islands in Kyushu, and many of them have [stray] cats,” says Hiroyuki. “Island cats love people very much.”

To capture the incredible postures and attitudes of these cats, Hiroyuki has developed an unusual technique.

“The trick is to shoot while at a good social distance from the cat,” he explains. “If you are too close to the cat, the cat will not play [out of] caution. The trick is to keep your distance. That’s why I hang a toy on the tip of a long fishing rod—swing the fishing rod with one hand and shoot with the camera with one hand.”

The results are captivating—Hiroyuki’s Ninja Cats appear as if they are dancing or doing karate or kung fu.

“The most interesting thing is to show a lot of facial expressions,” says Hiroyuki. “The expression of a cat playing seriously is very interesting.”

The Internet has, as one would expect, delighted in the photos.

“Everyone is having a lot of fun. From my pictures, you can imagine anime characters and famous movie actors. I would like to continue to convey the fun of Ninja Cats to everyone.”

funny cats 4
Attacked By The Most Dangerous Kitten While Preparing A Dinner
Train your cat to high five and more tips!
Funniest Videos 2022 😂 Funny Cats 🐱 and Dogs 🐶 Part 34
Titi, a kind brother cat who takes care not to wake her sister Lili