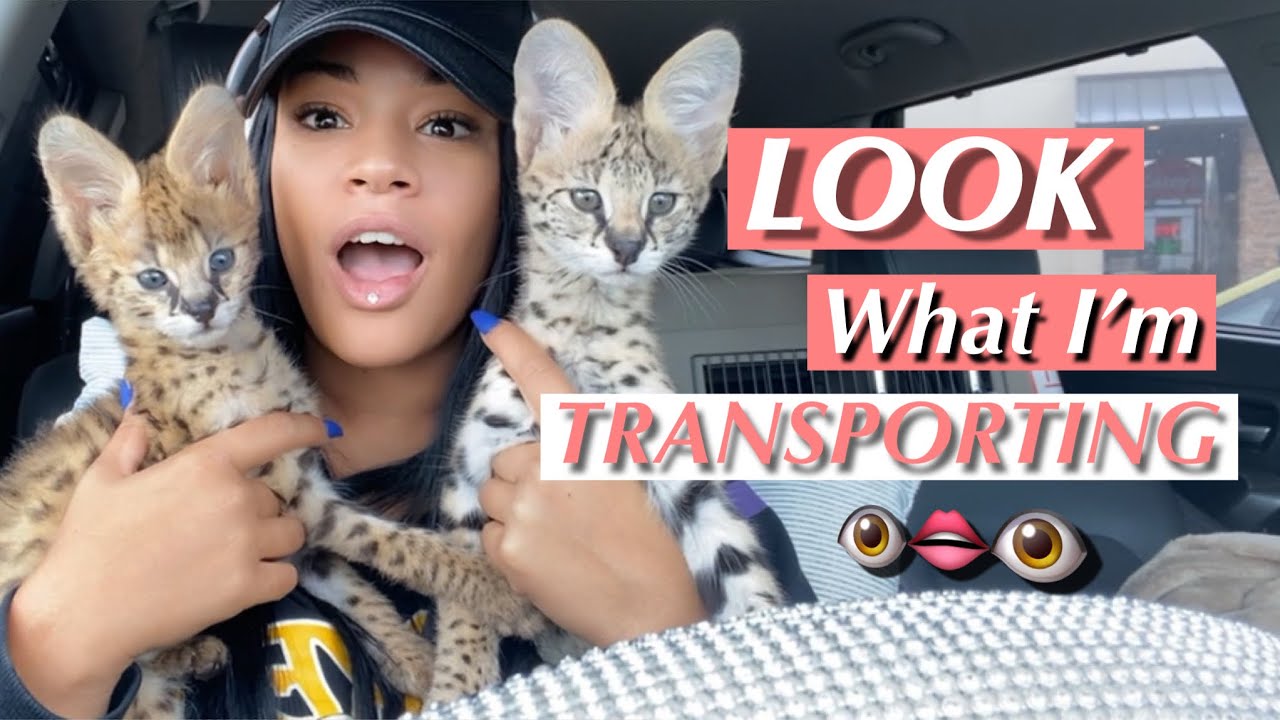 Unfortunately these babies are no longer with us, they were left in the hands of someone who starved them to death! They passed 3 weeks after I dropping them off. The original owner did everything she possibly could to save them but it was too late.
Story Time:
She (The Breeder) calls every couple days to do wellness checks on all her babies, the family advised that they were doing fantastic and thriving! A few weeks passed and a man reached out to the breeder and asking if she had sold two Servals babies to this particular person, she replied YES WHY!?!? He advised her that she sold them to him and when he arrived they were sooo Emaciated  that they couldn’t even stand up!! He also said there was rotten meat just laying out on the floor. Both cats were taken and rushed straight to the vet where bloodwork came back with extreme bacteria and Salmonella poisoning 🥺 the amazing vets worked around the clock to save them but It was too late!
This was such a hard video to edit.

She does intensive background checks on all her new baby owners, USDA license, Fish And wildlife, home checks, video chats. It’s scary to think even after all that you still just don’t know🥺