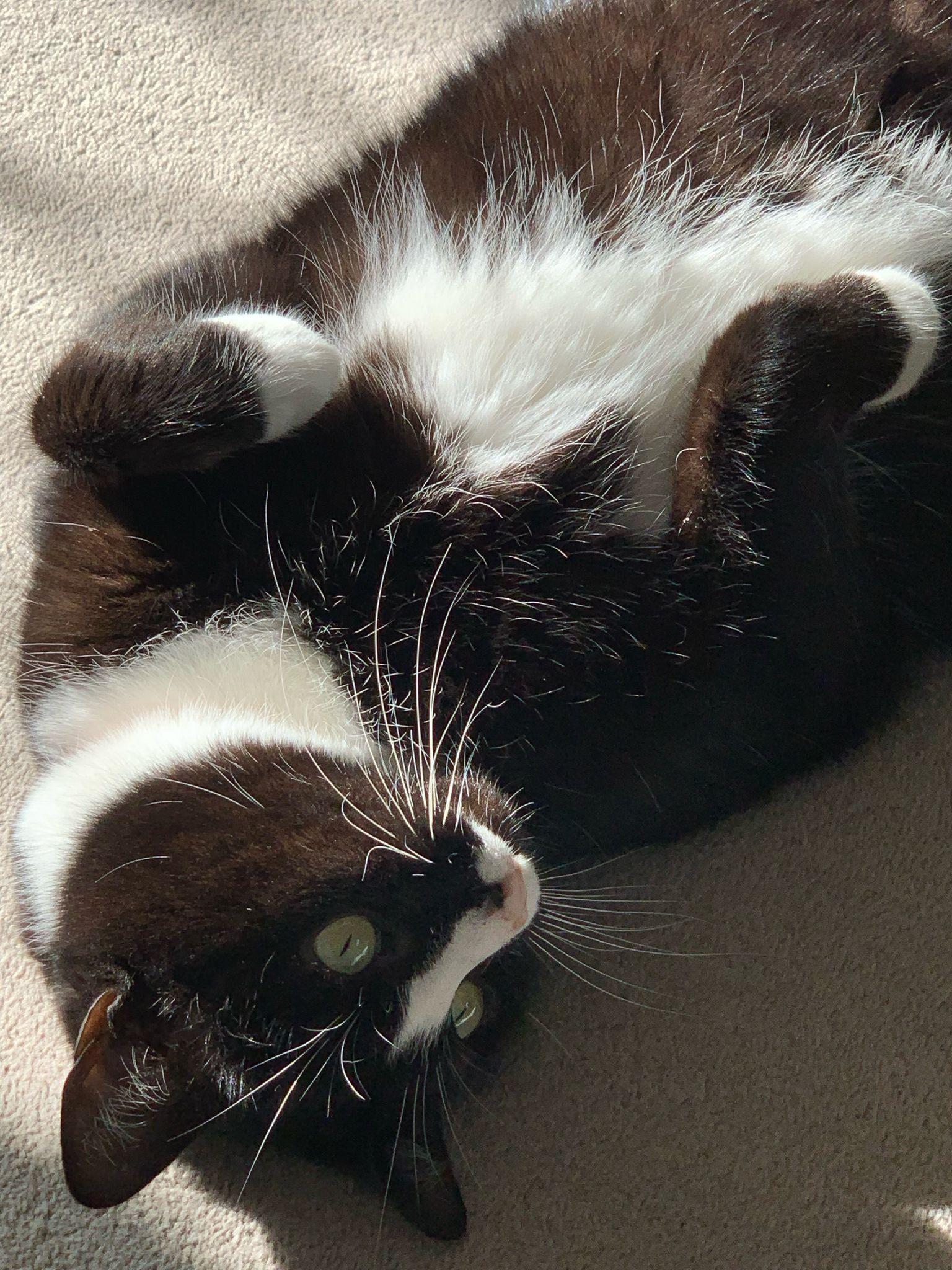 The RSPCA Cat Hub rehomed Harry, now Bucky, thanks to a sweet poem

Ten-year-old cat Bucky had been in the care of the RSPCA Cat Hub for eight months and the staff had tried everything they could to find this poor golden oldie a home but he kept being overlooked. 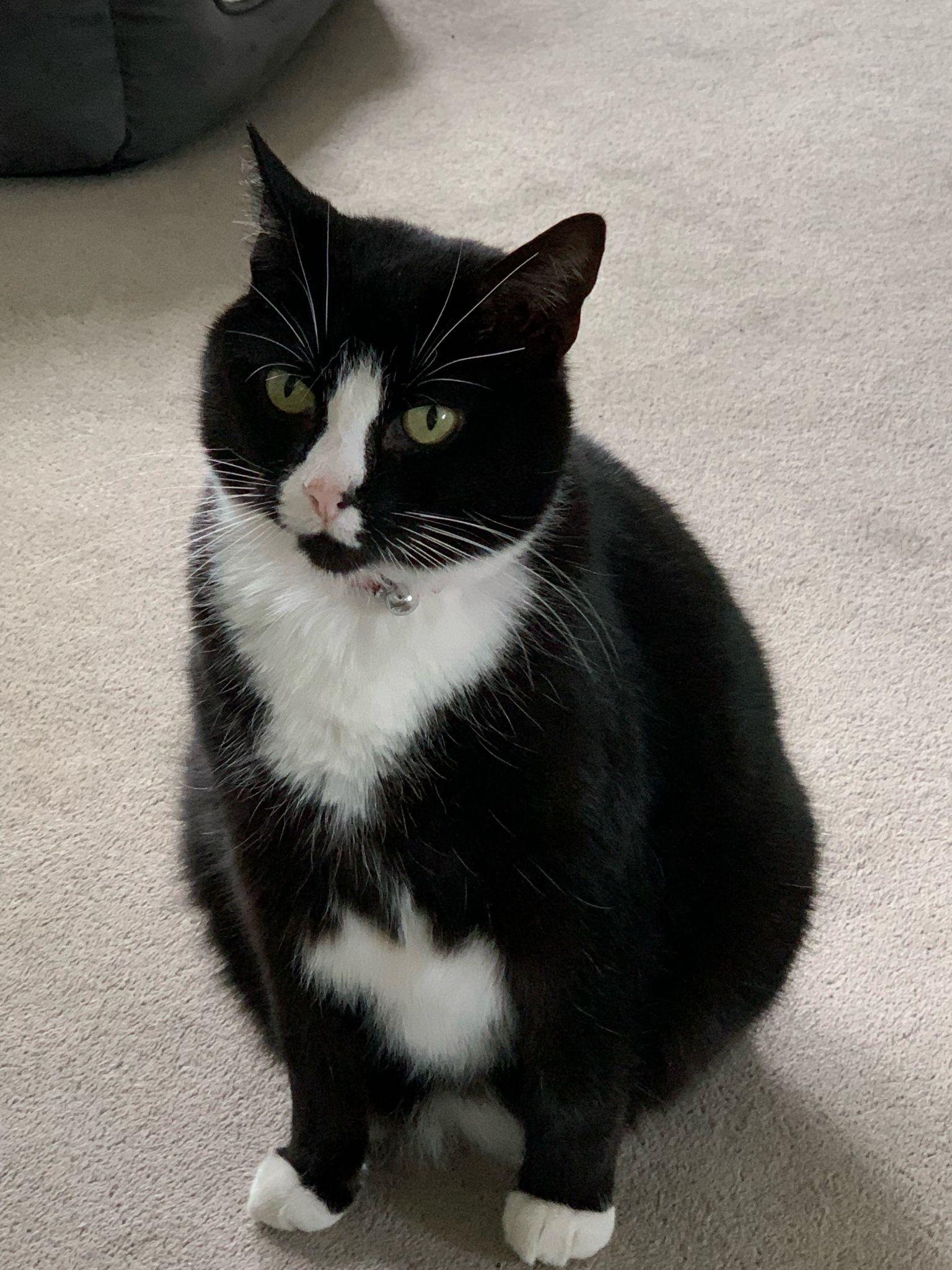 That was until Sophie Moran-Barker, RSPCA Cat Hub Rehoming Co-ordinator, wrote a poem about Bucky being so sad seeing all the other, much younger cats going off to their forever homes before him.

She posted the poem online and this tugged at Sam Dove’s heartstrings so much it brought tears to her eyes and she knew she had to adopt him. Three weeks ago she brought Bucky home with her in Darlington and he has already settled in so well with Sam and her family.

Sam said: “There was a little poem about him being overlooked which my daughter sent to me. She’d been sending me lots of posts on him as he had been there for ages!

“I had cats around 30 years ago before I met my husband who is allergic to cats so we never really considered having a cat until my daughter adopted hers and I remembered just how nice it was to have one around.

“Every time they posted something on Bucky, my daughter Jessica would share it and I knew I wanted him but I had to convince my husband first. Reading the poem made me cry and I just had to adopt him.

“When Andrew said yes, I couldn’t get downstairs quick enough to get the form filled out!”

Bucky, formerly known as Harry, came into the RSPCA Cat Hub in February when his owner could no longer meet his needs. Sadly, he waited eight months before finding his fur-ever home but now he has well and truly landed on his paws with Andrew and Sam in Darlington.

Sam added: “He’s just so lovely, it’s like he’s been here all the time and it’s only been three weeks. He’s so good natured especially considering he was in the cattery for such a long time. He will head butt my hand for more fuss and come and sit with me on the bed whilst I have my morning cup of tea!

“And despite taking some convincing, my husband absolutely loves him and gets down on the floor to make a fuss of him.”

Andrew manages his allergy with a nasal antihistamine spray but hasn’t experienced any reaction so far so is likely to reduce the use of this in time.

Sam continued: “For an older cat he’s really playful and he’s also really vocal. I think it’s quite sweet how vocal he is. We hear him shouting for us as he follows us around. It’s like he’s talking to you! I absolutely love him, he’s so good natured, pretty and handsome. He’s just part of the family now.”

Sam explained that previously she would have only considered getting a kitten rather than a 10-year-old cat but after her daughter Jessica and her fiancé Bobby adopted 12-year-old Tigger from the SSPCA in Scotland in July, Sam knew she wanted to do the same – and she’s so happy she did.

She said: “I think it’s good to raise awareness about what great pets older cats can be as I know they can get overlooked which is so sad. The benefit of having an older cat is there’s just no fuss or hassle, he knows what he’s got to do! We would always get an older cat now. It doesn’t matter how old they are, they are just as affectionate and lovely.”

This month is Adoptober, when the charity shines a light on all the rescue animals in its care looking for homes. There has been a huge surge in pet ownership during the pandemic but sadly there are still many rescue pets looking to find their forever home.

For more information on the Cat Hub or to adopt a cat visit https://cathub.co.uk/ourcats 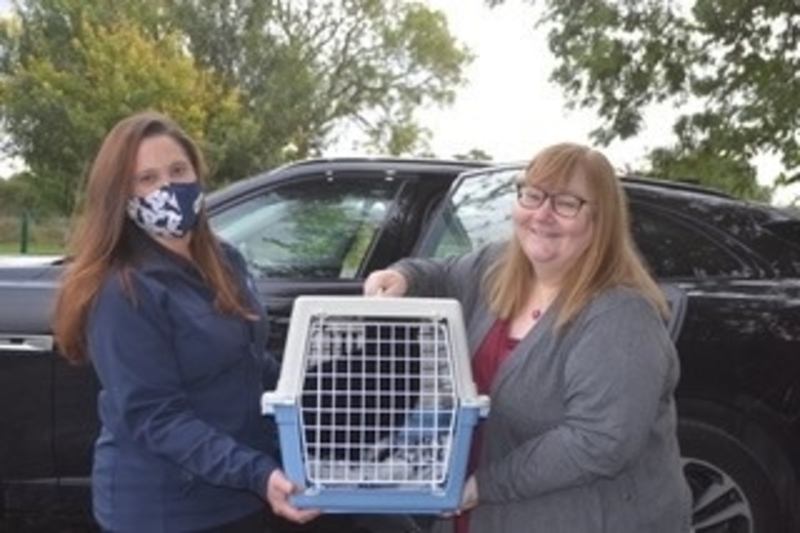 This month is Adoptober at the RSPCA and we’re shining a light on the harder-to-rehome animals that are still waiting for their second chance. To help us continue to find perfect matches for our animals and adopters, visit www.rspca.org.uk/adoptober