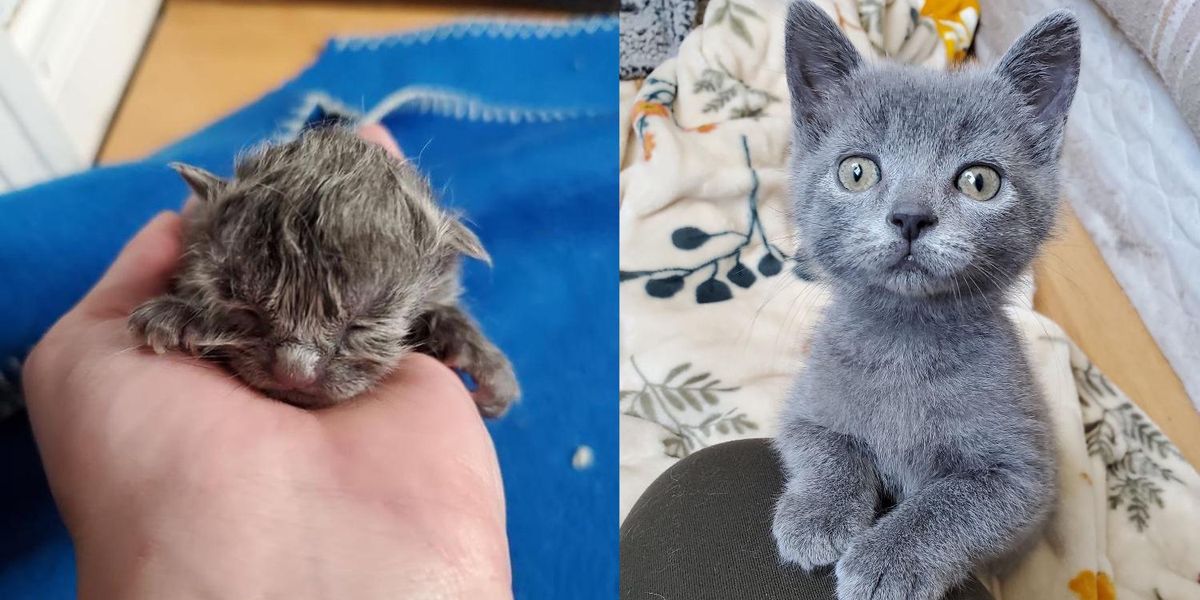 A kitten has defied all odds against a rare heart condition, and is a true fighter and miracle on four paws. 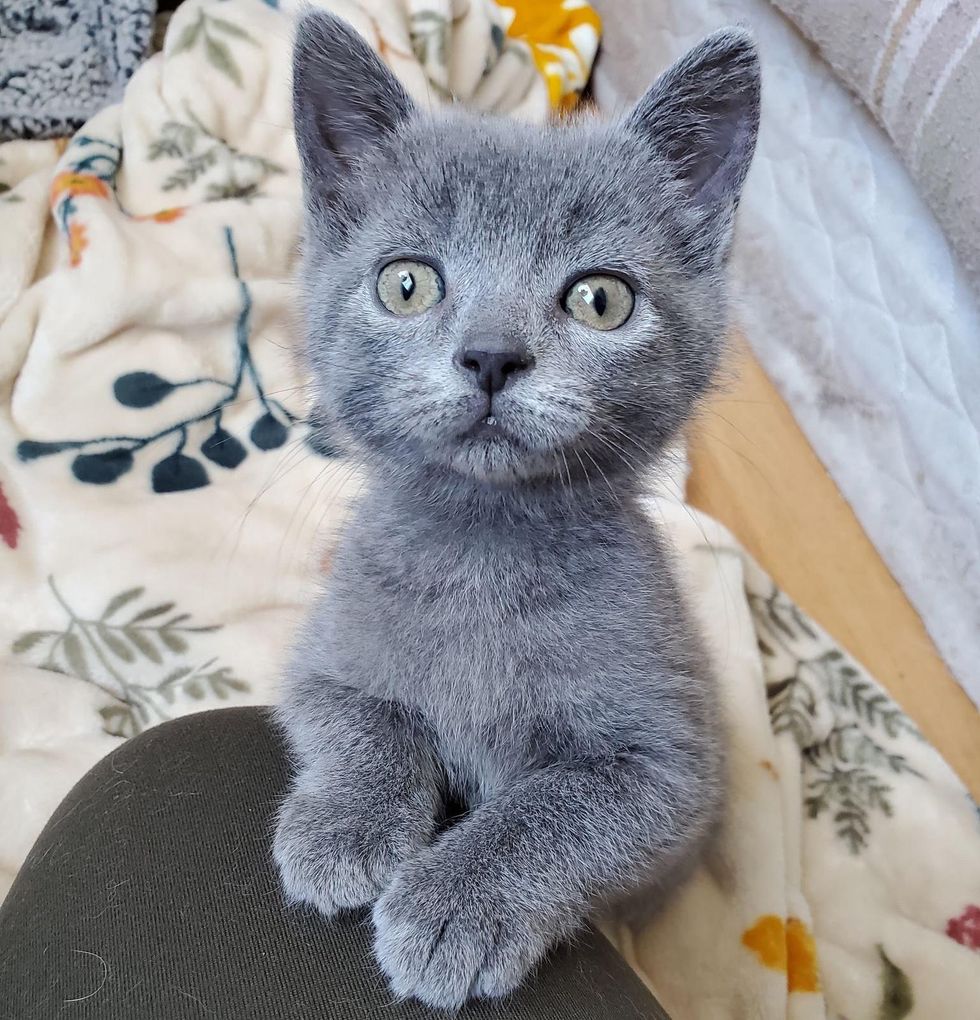 Myrtle the kittenOne Cat at a Time

Myrtle the kitten was born to a rescued cat, part of a litter of five, on February 11th this year. Meggie, the vice president of One Cat at a Time (a cat rescue in Quebec, Canada) quickly realized the kitten was unable to gain weight.

“During her first days of life, she couldn’t get back on track and we almost lost her. She was getting pushed off by her litter mates. My boyfriend and I had to go check on her every two hours to make sure she was feeding,” Meggie told Love Meow.

“She had a lot of trouble latching on, and she was not drinking enough so I had to supplement with a syringe. She kept holding on.” 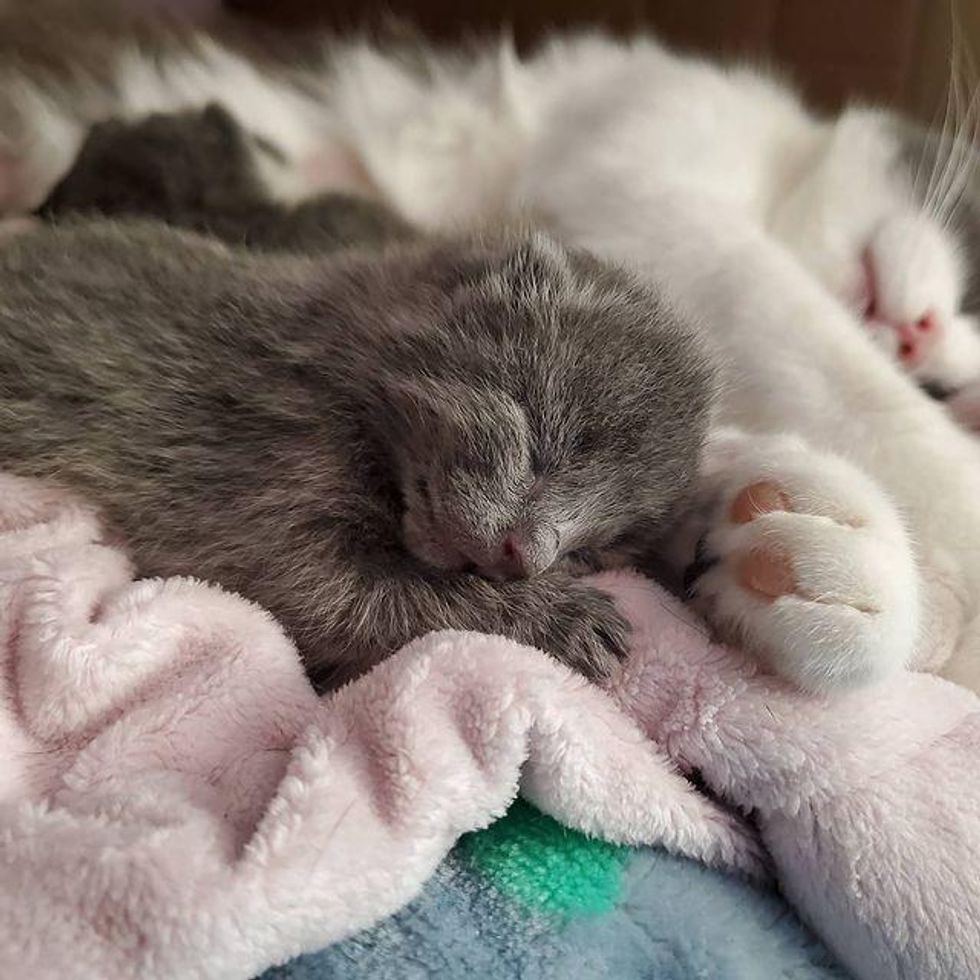 Over the next couple of weeks, they noticed that the kitten wasn’t using her back legs very much when she was moving around. “We were really confused as to what was wrong with her. But, in spite of it all, she was still here! She was able to grow up.”

Myrtle was the last one to open her eyes and significantly smaller than her siblings. 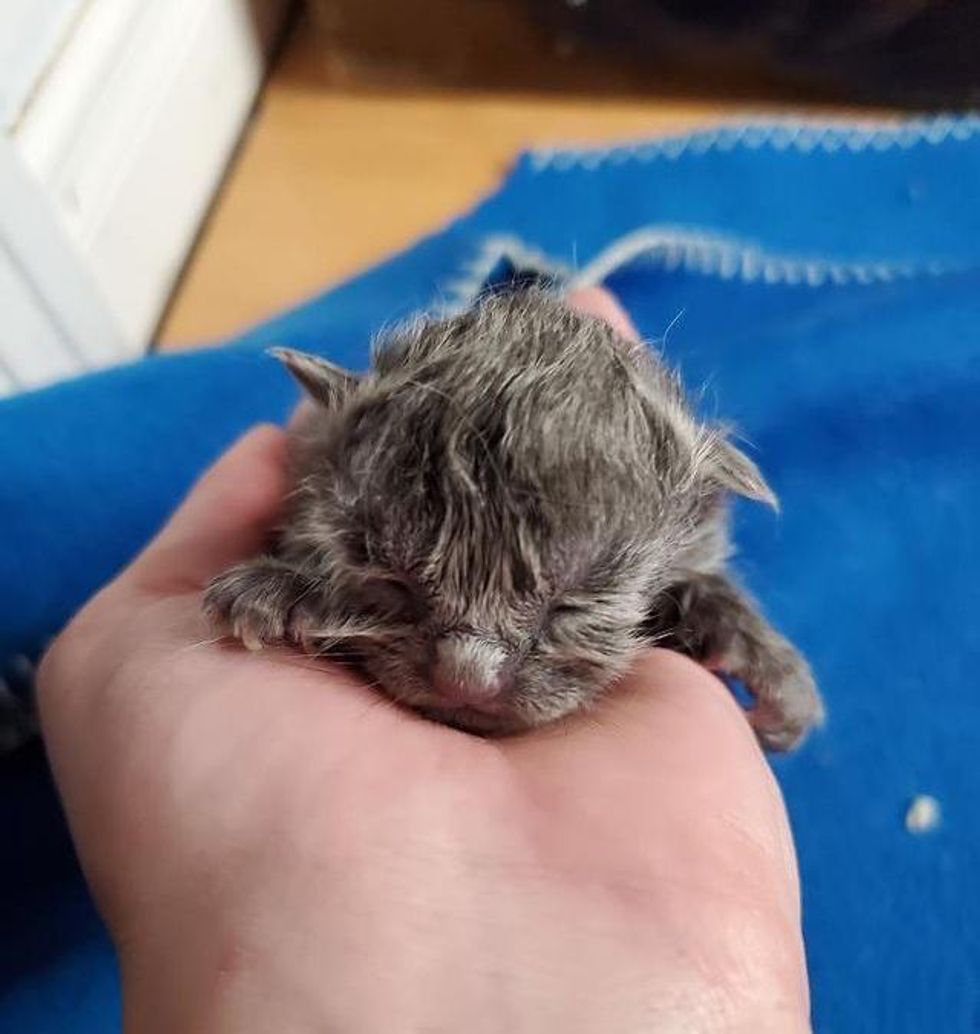 One Cat at a Time

She was determined and continued to forge on with every ounce of strength she had.

When it was time for her first vet appointment, they discovered a significant heart murmur, and the kitten needed to be seen by a cardiologist. 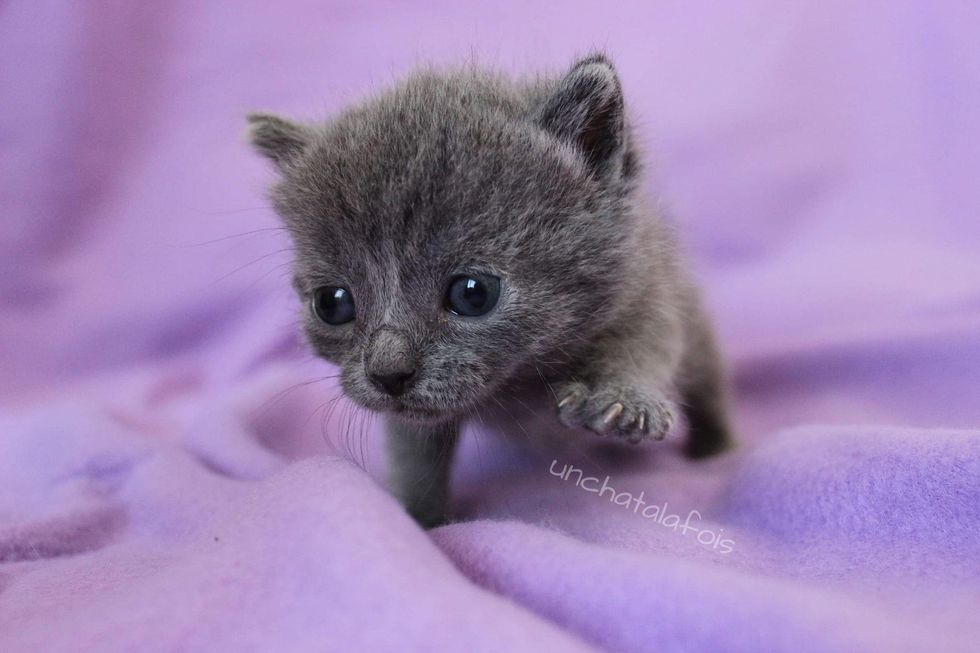 “That’s when we got the diagnosis: PDA (patent ductus arteriosus). Something in her heart did not close up at birth like it was supposed to,” Meggie shared.

“It is a rare congenital defect in cats. The cardiologist said it was a miracle that she was still alive,” Marie Simard, the founder of One Cat at a Time, shared with Love Meow. 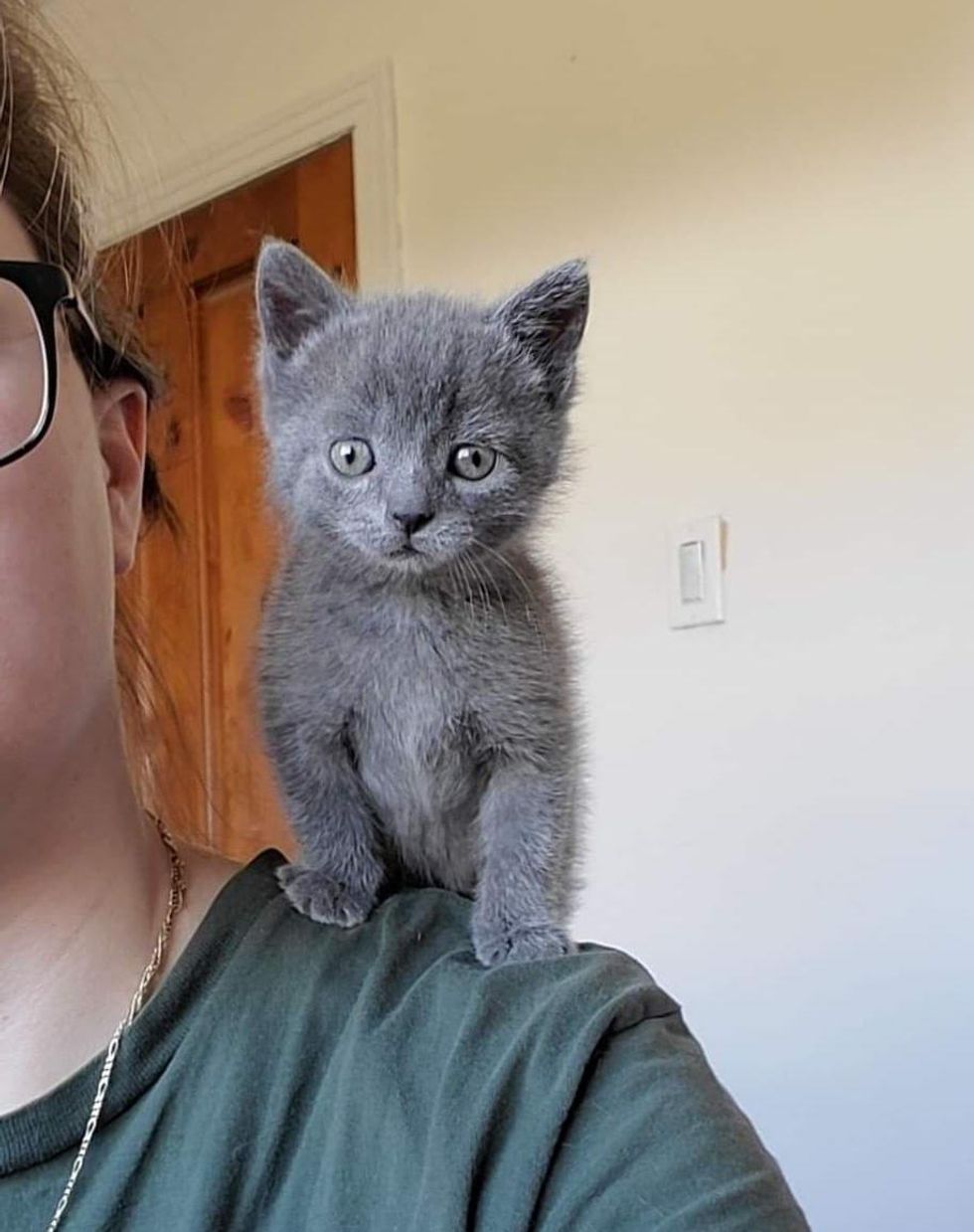 Myrtle turned into a little shoulder catOne Cat at a Time

“The best solution to give Myrtle a long and beautiful life is to give her a specialized surgery, a PDA ligation. We decided that after all that Myrtle had gone through to survive, she deserved this chance.”

Myrtle tried to keep up with her siblings and even the resident cats, and never wanted to miss out on the action. 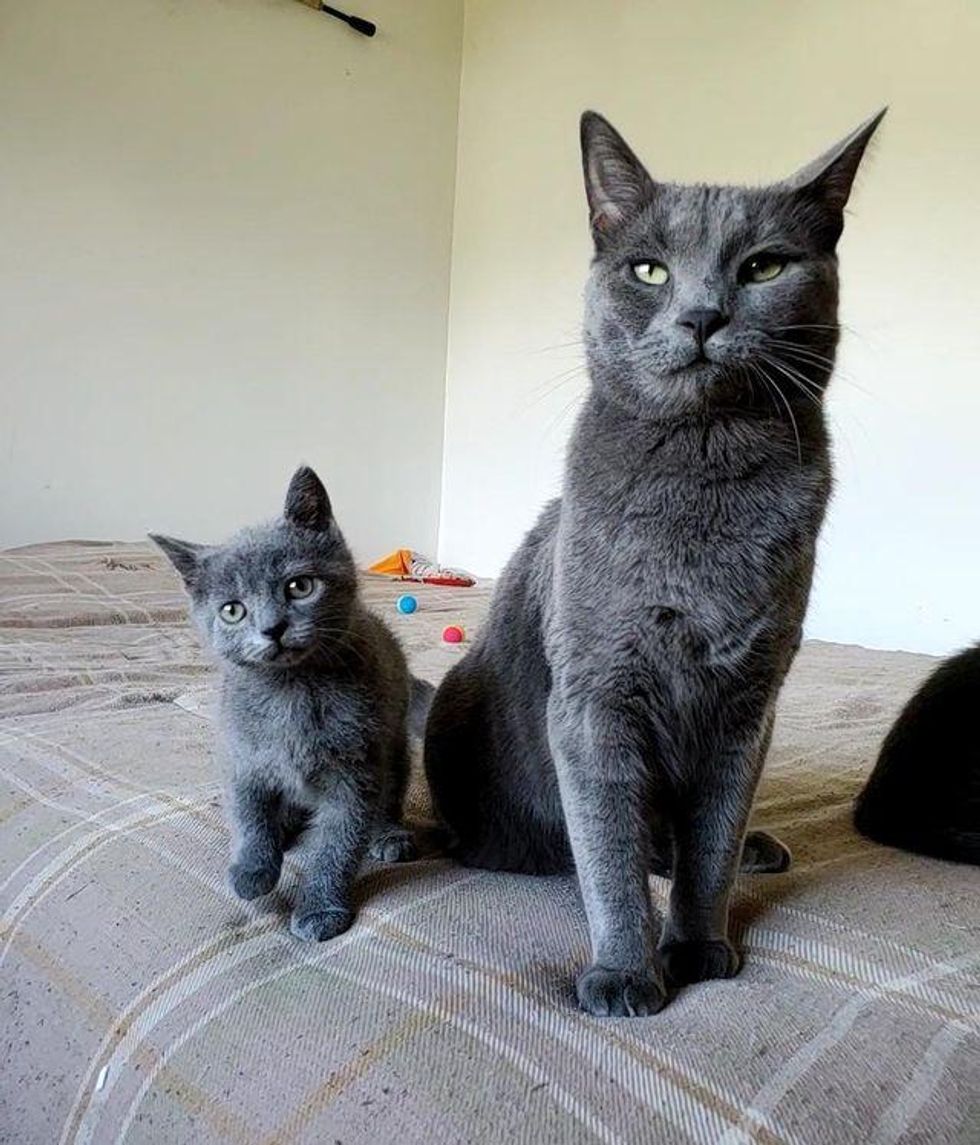 Myrtle and her lookalike buddy, Felix the resident catOne Cat at a Time

It was a difficult surgery on a small kitten, and they nearly lost her on the table due to complications, but miraculously, she pulled through and was fighting to live. 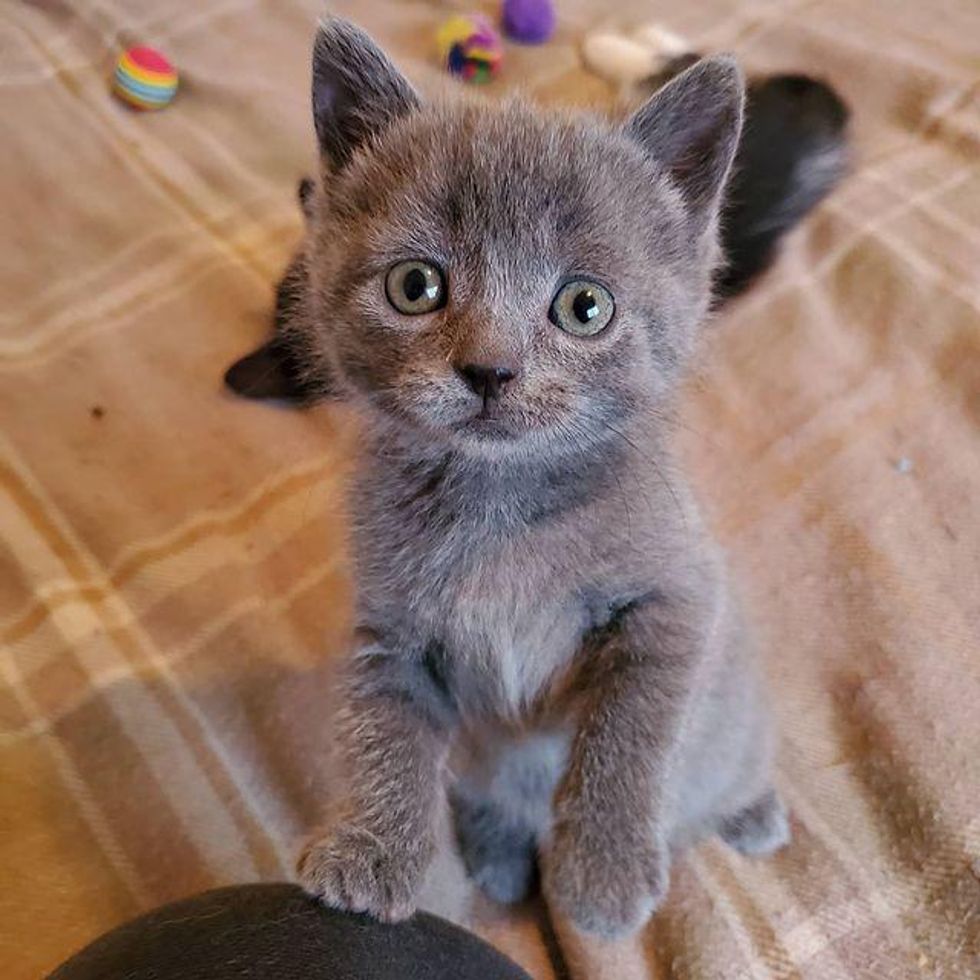 One Cat at a Time

“Three hours later, Myrtle was out of surgery. She had to be placed in an incubator with oxygen and transferred to the hospital’s intensive care unit.

“I was able to go get her a couple days after, to bring her home. Her recovery went perfectly and very quickly too,” Meggie told Love Meow. 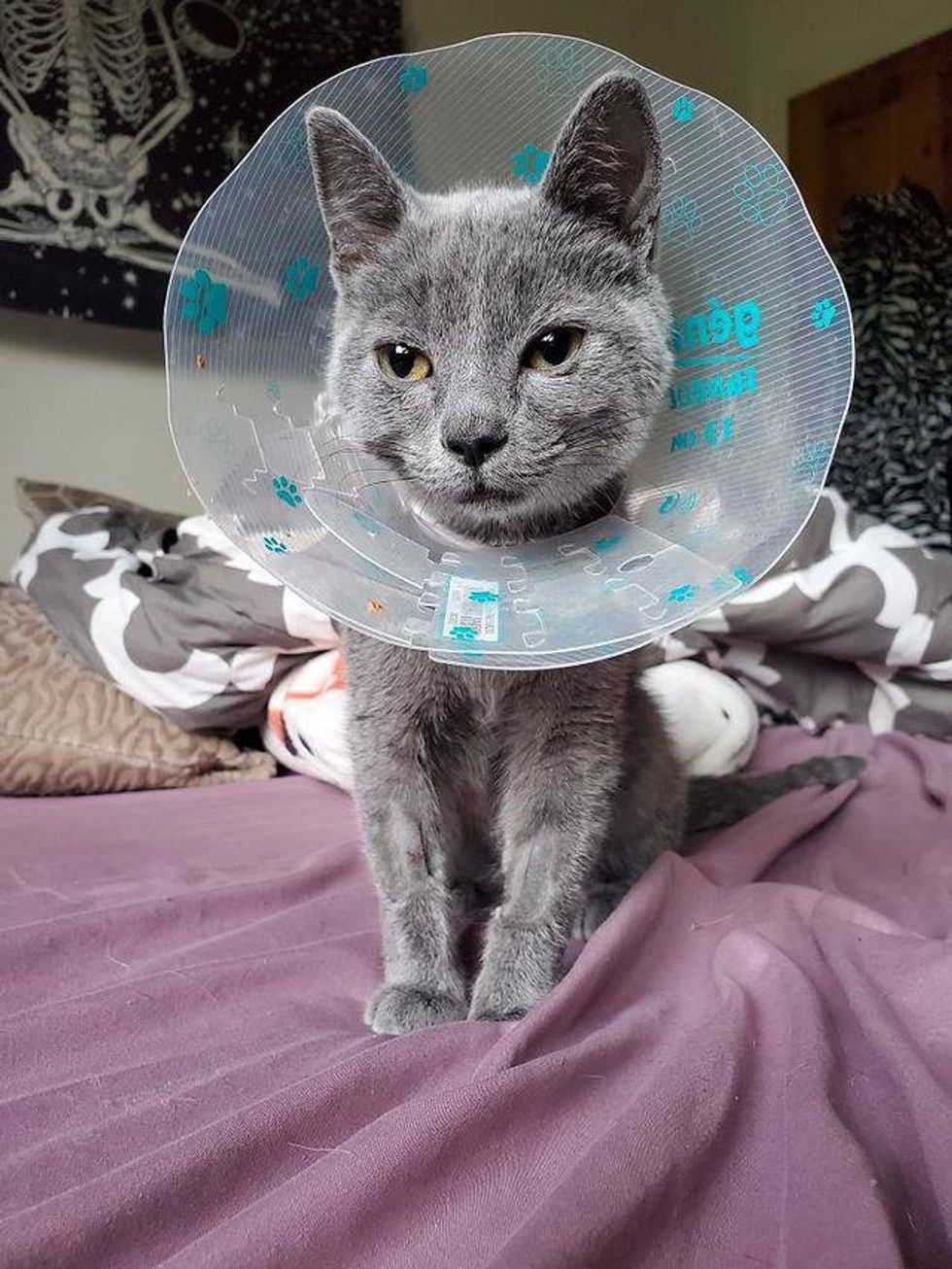 After the surgery, Myrtle quickly recoveredOne Cat at a Time

“My boyfriend and I worked so hard to keep her with us, and I think we both knew, right from the beginning, Myrtle was our little fighter and she was not leaving us,” Meggie shared.

Myrtle is nine months old now, but still the size of a six month old kitten. She is full of energy and very affectionate. 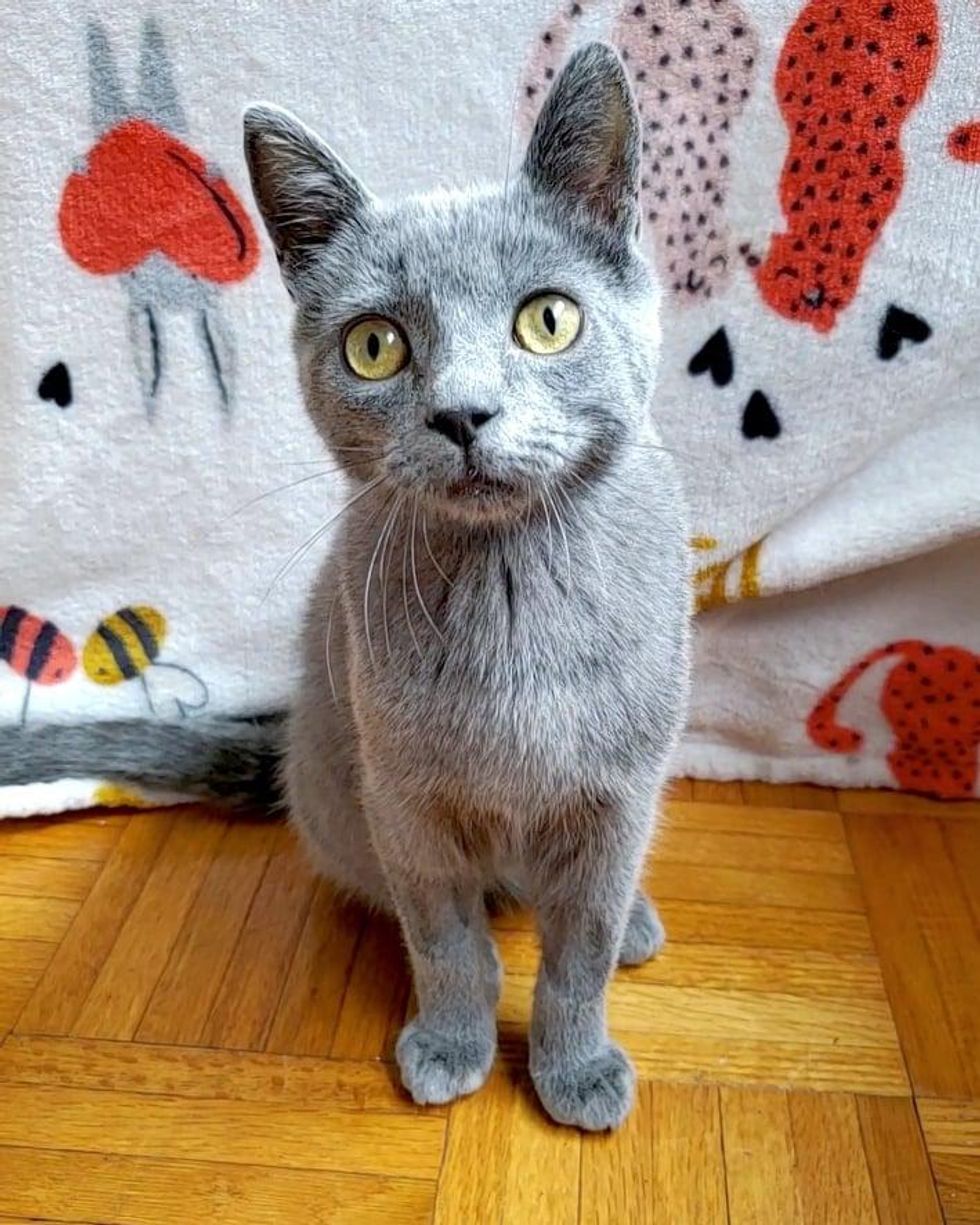 Myrtle has overcome one challenge after another with so much fight in her. Today, her PDA is fixed, and she is off her medication.

“She is truly a fighter and a miracle on four little paws.” 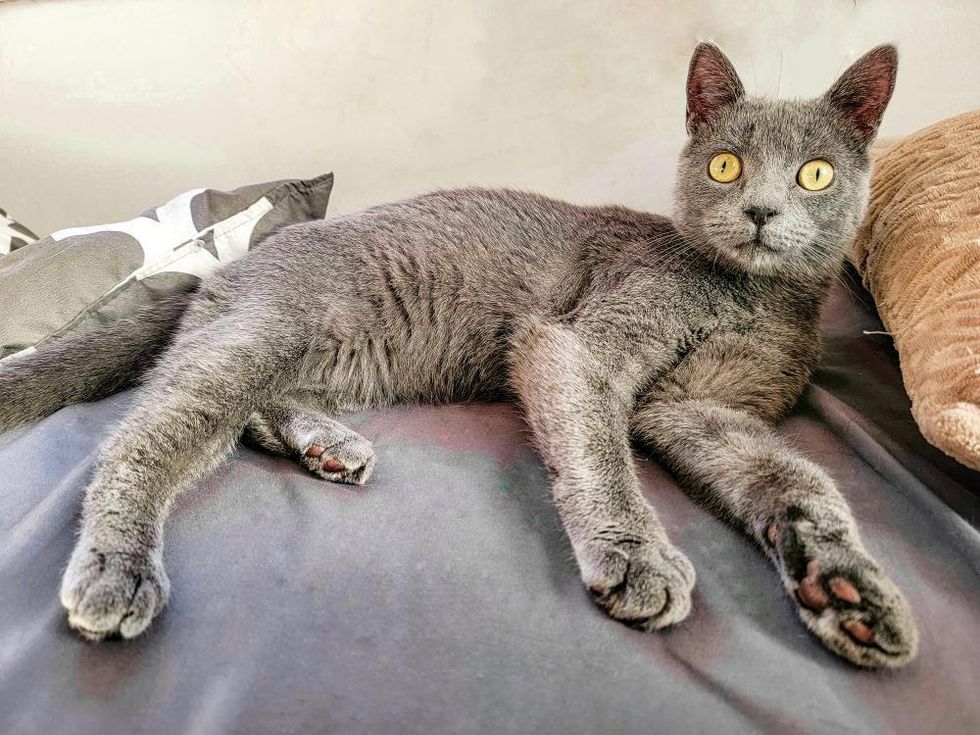 Happy and lovedOne Cat at a Time

Related story: Kitten Half the Size He Should Be, is Determined to Live Full Life After Being Found without Mom