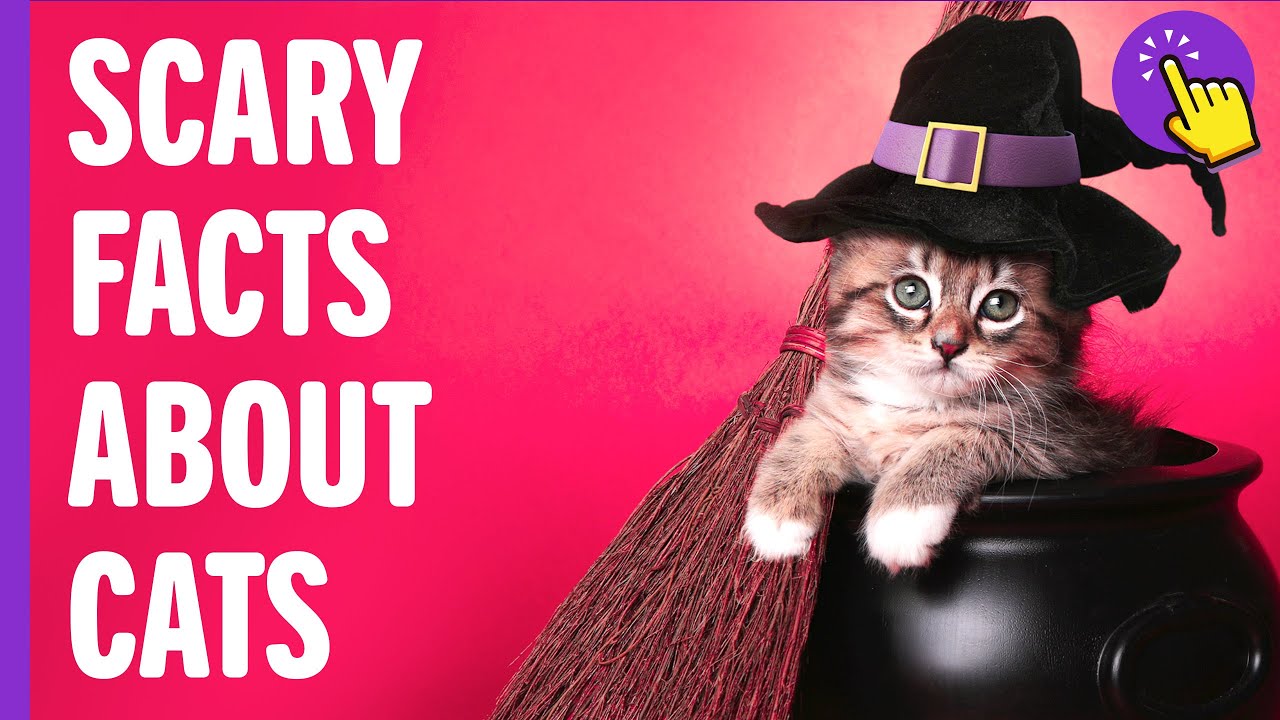 SCARY FACTS ABOUT CATS
Cats are the most popular pets in the world, three times as many as dogs.
There are more than 500 million cats in the world, belonging to about 40 well-known breeds.
Even someone who doesn’t love cats can’t stay apathetic to that when meets a sweet, cute, innocent-looking kitten…
Although the ancient Egyptians were thought to be the first civilization to domesticate cats, the oldest known domestic cat was found in a tomb of 9,500 years within the island of Cyprus in 2004.
How much do we know about the cats which are on the top of mysterious animals?
In the historical process, we have reached the spooky truths and some sad facts that have happened to cats from time to time and some information that we still do not know whether they are legendary or real.
 Every year, around four million cats are eaten as food in Asia. Uh… I recommend we shouldn’t go into too much detail on this.
 During the Spanish Inquisition, Pope Innocent VIII called cats as the source of evil, and thousands of cats were burned. The mass killing of cats has also caused the explosion of the rat population, which has increased the spread of plague.
 Throughout the Middle Ages, cats have been associated with witchery. On St. John’s Day all over Europe, people stuffed cats in sacks and had been threw them into the fire…
 According to the Hebrew legend, Noah prayed to God that all the food kept in the ship would not be eaten by the mice. In response, God made the lion sneeze and a cat came out of the lion’s mouth. So the rats in the ship became hunting (victims) while they were hunters.
 In the 1750s, Europeans recommended cats for the Americans as the way to control the plagues.
 They are responsible for the extinction of 33 different species in total. Cats are considered among the 100 most invasive species.
 A memorial tower was built in Scotland for a cat named Towser, who caught about 30,000 mice during lifetime.
 When a domestic cat died in ancient Egypt, family members mourned by shaving their eyebrows. After the funeral, the cats were turned into a tiny mummy and placed in a family grave or an animal cemetery.
 In 1888, more than 300,000 mummified cats were found in Egyptian cemeteries. These cats were removed from their wrappings and taken to the US and England to be used as fertilizer by farmers.
 In ancient Egypt, cat smuggling was punished with death. Phoenician merchants sold illegal cats to wealthy people living in Athens and other important cities.
 Spanish-Jewish culture reveals that Adam’s first wife, Lilith, was a black vampire cat who sucked blood from sleeping babies. It is still said that because of superstition, the acquisition will suffocate a sleeping baby or suck the child’s breath.
 In many parts of Europe and North America people believe that black cats point to bad luck, whilst in Britain and Australia black cats are believed to bring luck.
 The Celts are the ancestors of modern Europeans. Although their exact origins are not known, it is known that they settled in Europe in 400 years B.C. Cats were the protector of the supreme powers in Celtic culture. That’s why people were afraid of cats. Celts, who wanted to unite with the supreme powers, sacrificed cats in religious ceremonies due to their religion. The bloody rituals with the cats were not an aggression for them, but rather a search for unification with the power of the cats.
 In Japan, cats are thought to have the power to become super spirits when they die. According to Buddhist belief, the cat’s body is the temporary resting place for spiritual people.
Now the way you look at cats has changed a little bit, hasn’t it? Some of this information is true, some are legendary, but it is certain that cats are the only animals that companion to the mystical adventure of mankind with their features which are not found in any other animal.
Keep it in mind that if you want to get more interesting information about pets, you can subscribe to our channel and follow us.

Funniest Dogs And Cats Videos 😅 – Best Funny Animal Videos 2023 😇 #4
5 Strange Cat Behaviors Explained 🐈🤔
Time for relaxation 😻 Please don’t let me out of your arms!
The 10 Signs Your Cat Has Imprinted On You
Mastering the Art of Cat Training: Tips and Techniques