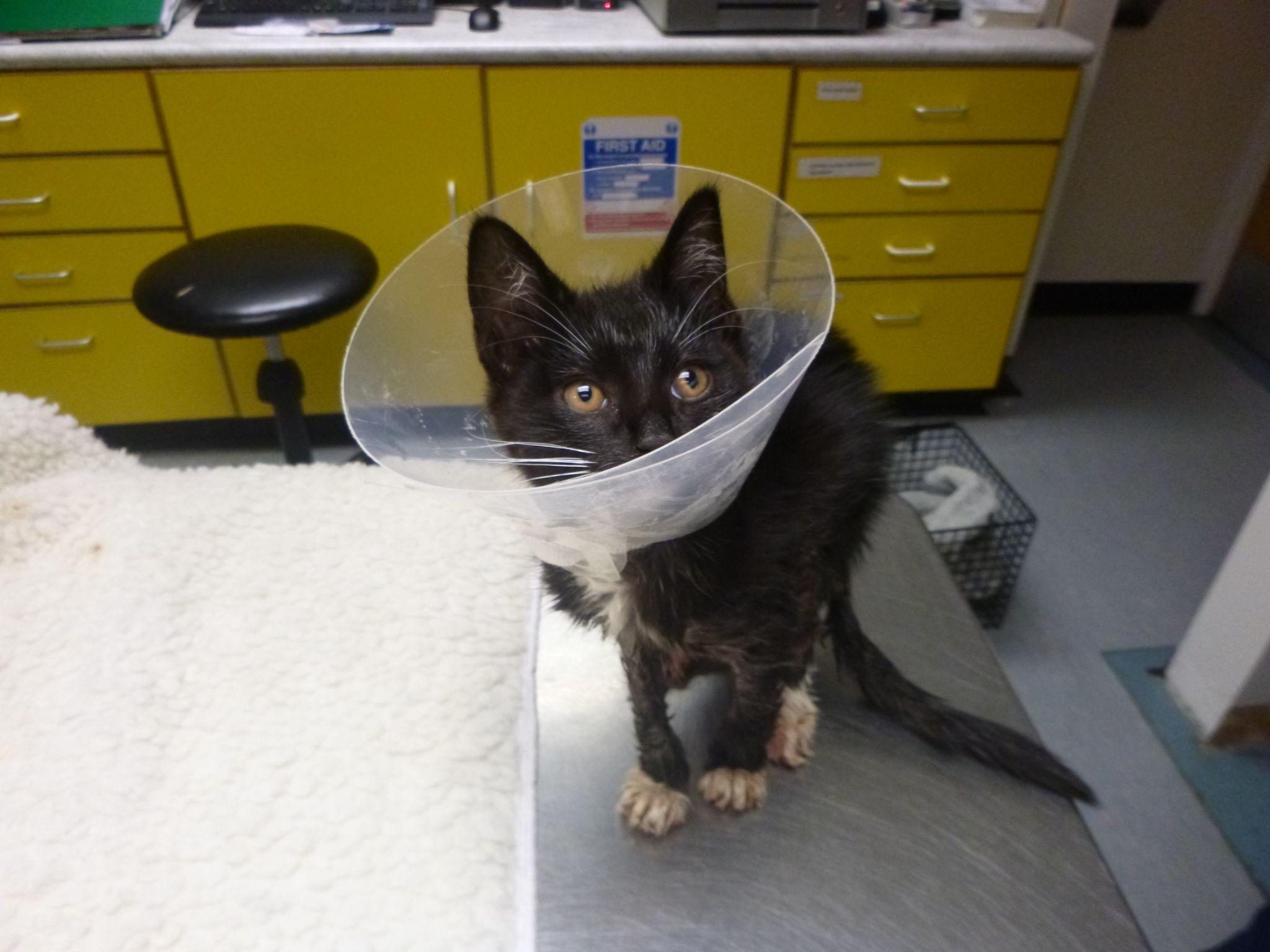 This post contains images that could be upsetting to some readers!

Morgana, the tiny black and white kitten, was just eight weeks old when she suffered horrible burn injuries from falling into a bath

A Yorkshire man has been banned from keeping all animals after failing to provide a suitable environment which led to the eight-week-old cat managing to get inside the bathroom and suffering serious burns after falling into a scalding hot bath. 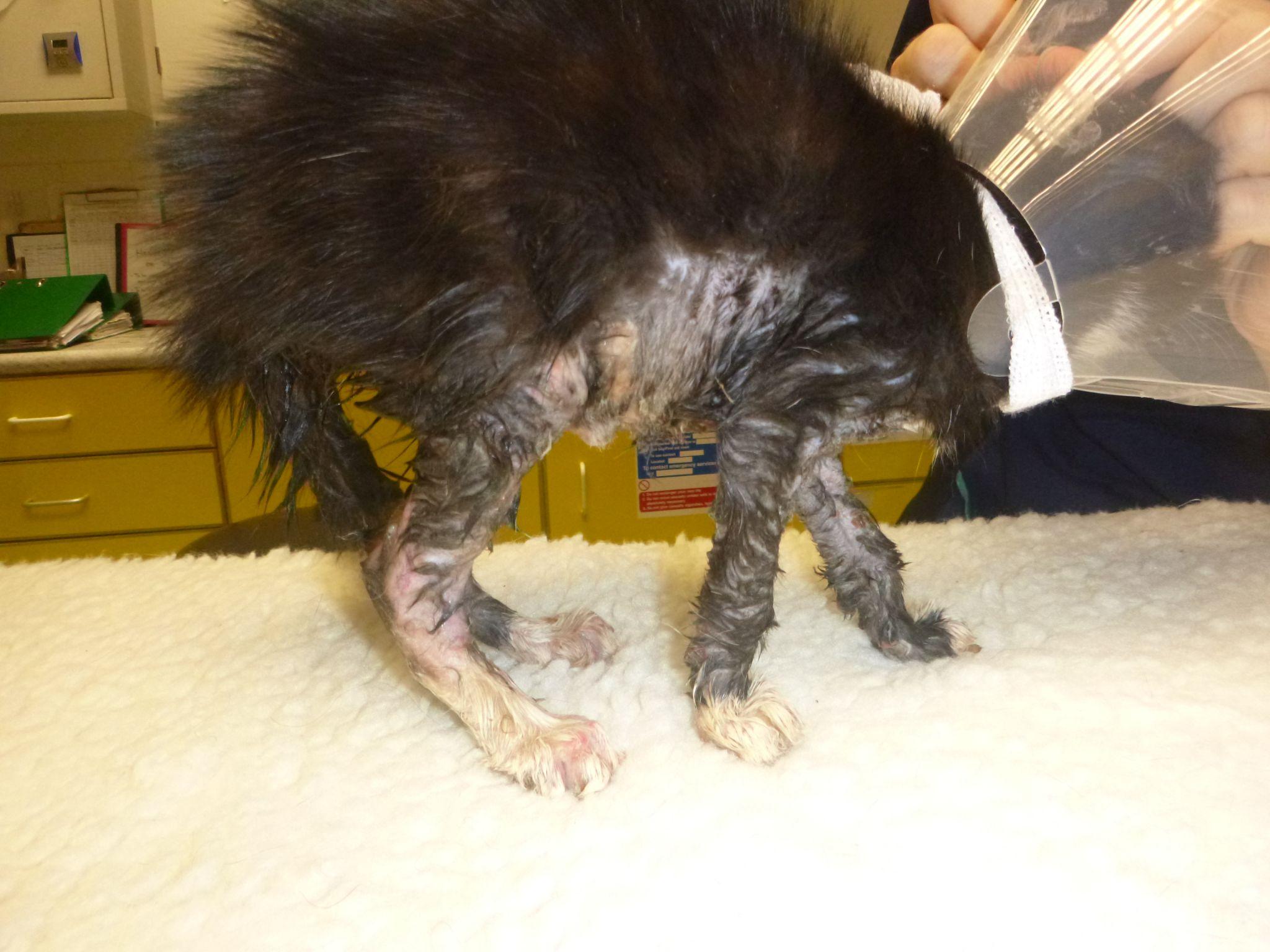 Aiden John Reece Malone (DOB 16/08/1993), of Owbridge Court, Hull, was sentenced at Beverley Magistrates’ Court on Monday 20 December 2021, after pleading guilty to failing to provide a suitable environment for the kitten he had owned for two and a half weeks.

This followed an RSPCA investigation after the young kitten called Morgana was taken to PDSA vets in Hull by her owner with burn injuries to her paws and abdomen.

Inspector Jilly Dickinson attended the vets in August 2019 following a call about the condition of Morgana. She described how the tiny kitten had suffered extensive burn wounds to her legs, paws and underside.

Inspector Dickinson said: “Morgana was in great discomfort, despite being on pain relief. She could not sit or lie down properly and was crouching in a very uncomfortable, unnatural position. Her eyes kept drooping shut as if almost falling asleep but then she was nodding back awake. When being moved or touched, she would squirm and vocalise until she was no longer being touched. She was wrapped in a blanket to stabilise her position and, whilst resting her head on the blanket, she seemed to fall asleep. However, she appeared to be very tired but unable to find a position which made the pain and discomfort more bearable, despite the medication she was on. It was heartbreaking to see her in such a state.” 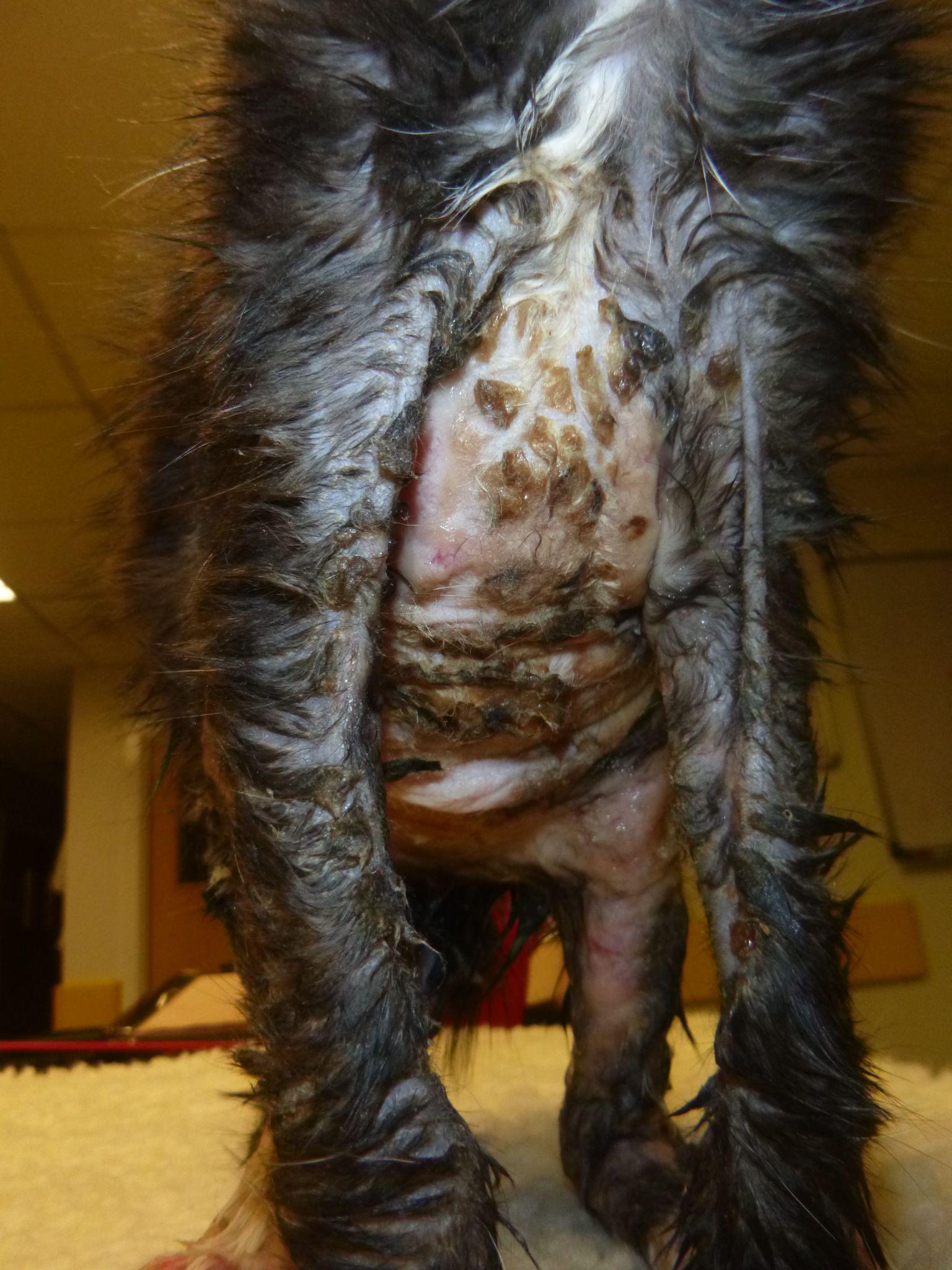 Malone explained the kitten had got underneath a gap in the bathroom door and had subsequently fallen into the bath which Malone had left unattended.

The court heard how the vet report stated that: “In my opinion, the needs of Morgana have not been met to the extent required by good practice due to the person responsible for the welfare of this animal failing to provide a suitable environment.”

Malone said he was an inexperienced cat owner and he had taken the cat to the vet on three separate occasions as he was concerned about her condition. He accepted that he did not take such reasonable steps to provide a suitable environment for Morgana to live by not ensuring the door to the bathroom was secured enough to avoid Morgana ever entering the bathroom without his knowledge. He also explained that he had since changed the bathroom door to ensure a similar incident would not happen again.

Malone was sentenced to a two year conditional discharge and ordered to pay £350 in costs as well as a victim surcharge of £21. He was also banned from keeping all animals for two years and he cannot appeal this disqualification.

Morgana was signed over into the care of the RSPCA where she has been receiving treatment. She will now be rehomed.