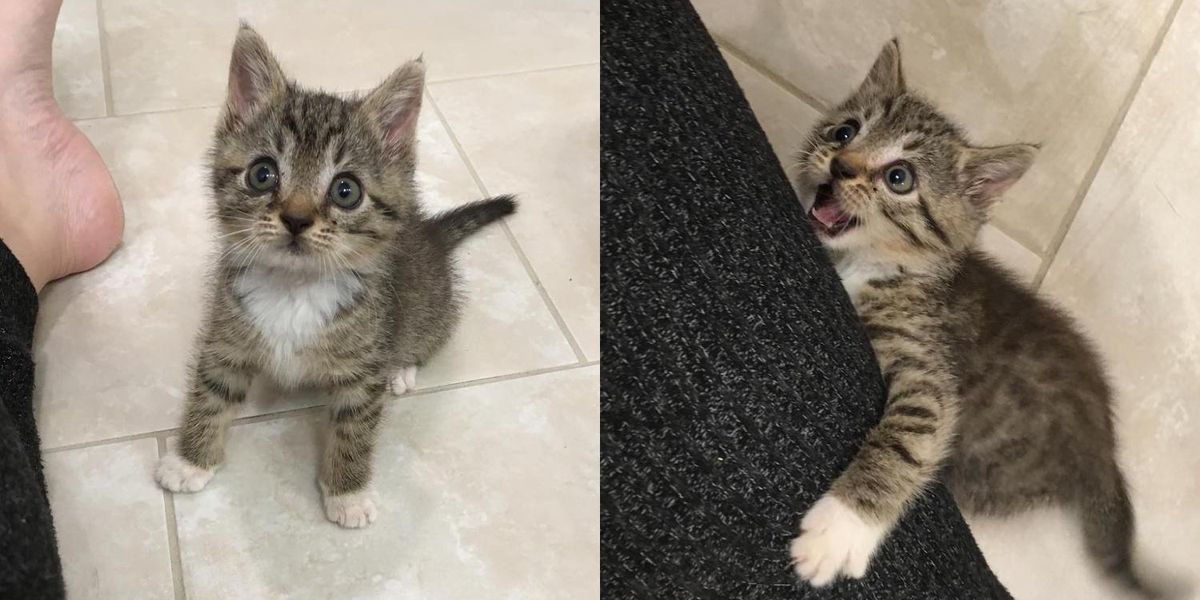 A kitten went around seeking attention from everyone until she found another kitten to spend the rest of her life with. 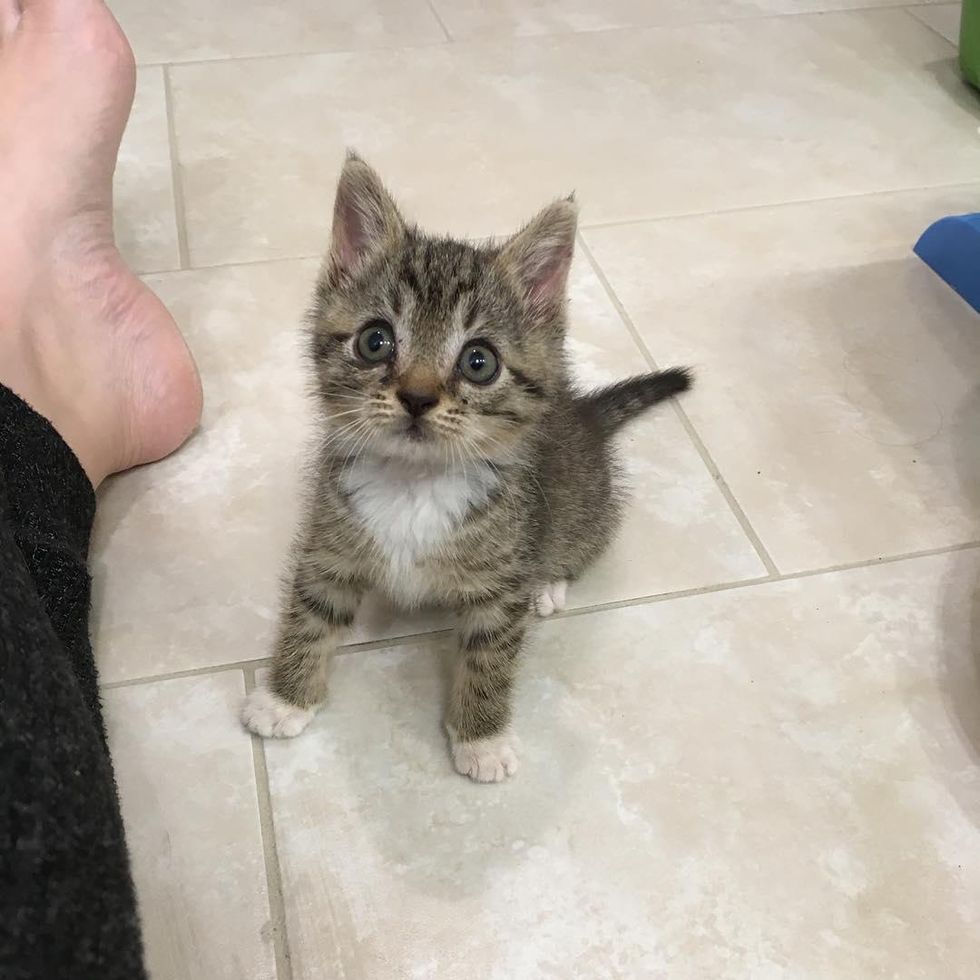 Penny Richards, a foster carer based in Arlington, Virginia, was contacted about a pair of 4-week-old kittens found on the side of the road. One of them had a congenital defect and was in critical condition, while the other clung to her brother the entire time.

“She was attached to her brother’s side from the moment they were found, as if she knew he was suffering and needed comfort,” Penny told Love Meow.

Despite their very best efforts, the brother couldn’t pull through, and the remaining kitten became a singleton that night. “I named her Koa after she lost her brother, as it means warrior, or brave one, in Hawaiian.” 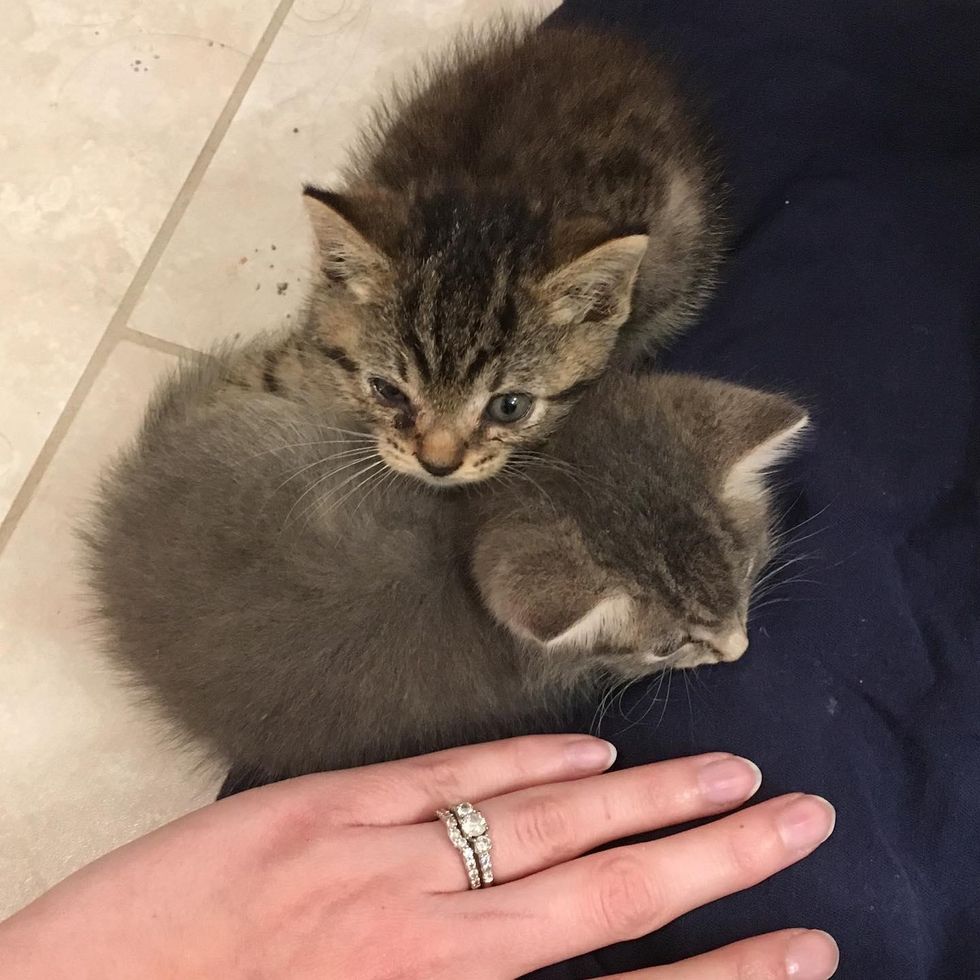 For a couple of weeks, Koa stayed close to her foster family, demanding attention and pets nonstop.

“She was very energetic and friendly, and a medical exam showed she was healthy. She became very attached to us and people in general,” Penny shared with Love Meow. 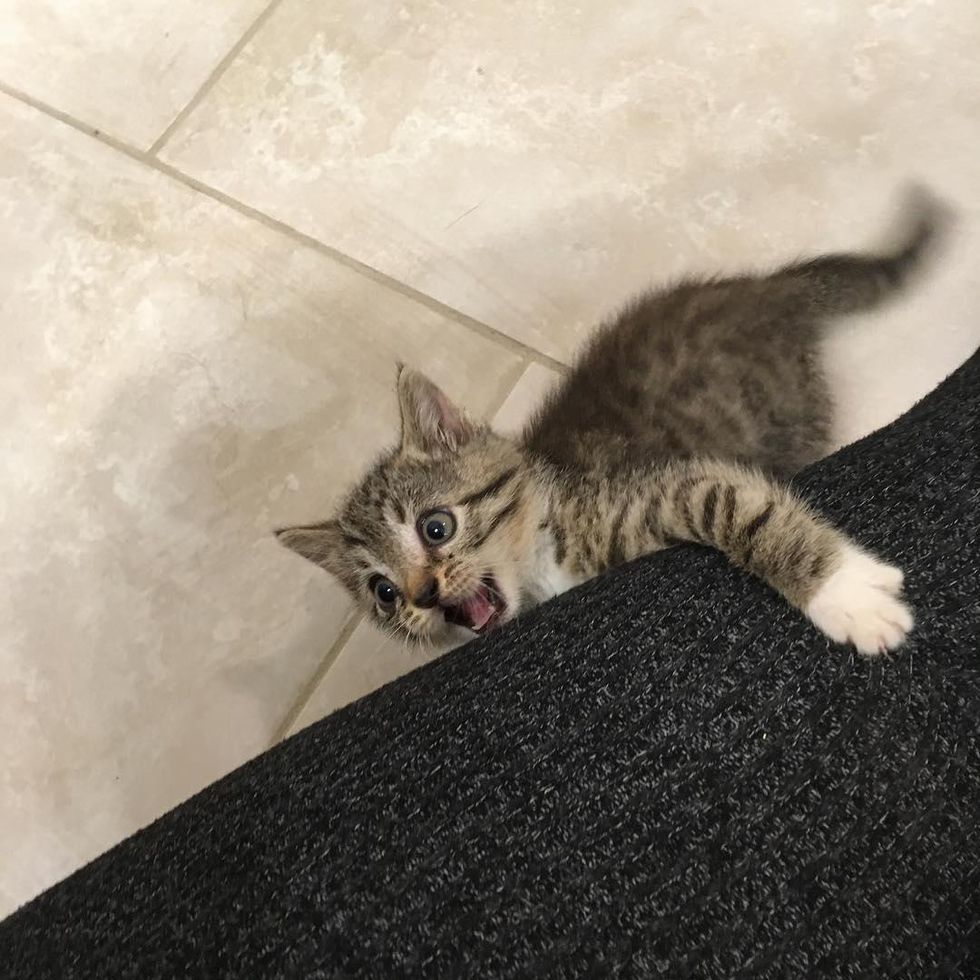 She became very attached to her peoplePenny Richards

“Once we put her into the foster room with the bigger kids, she showed her feisty side and very quickly became the boss of the room – despite her small size.”

Koa walked up to Maggie the tuxedo and showed her that she was in charge. 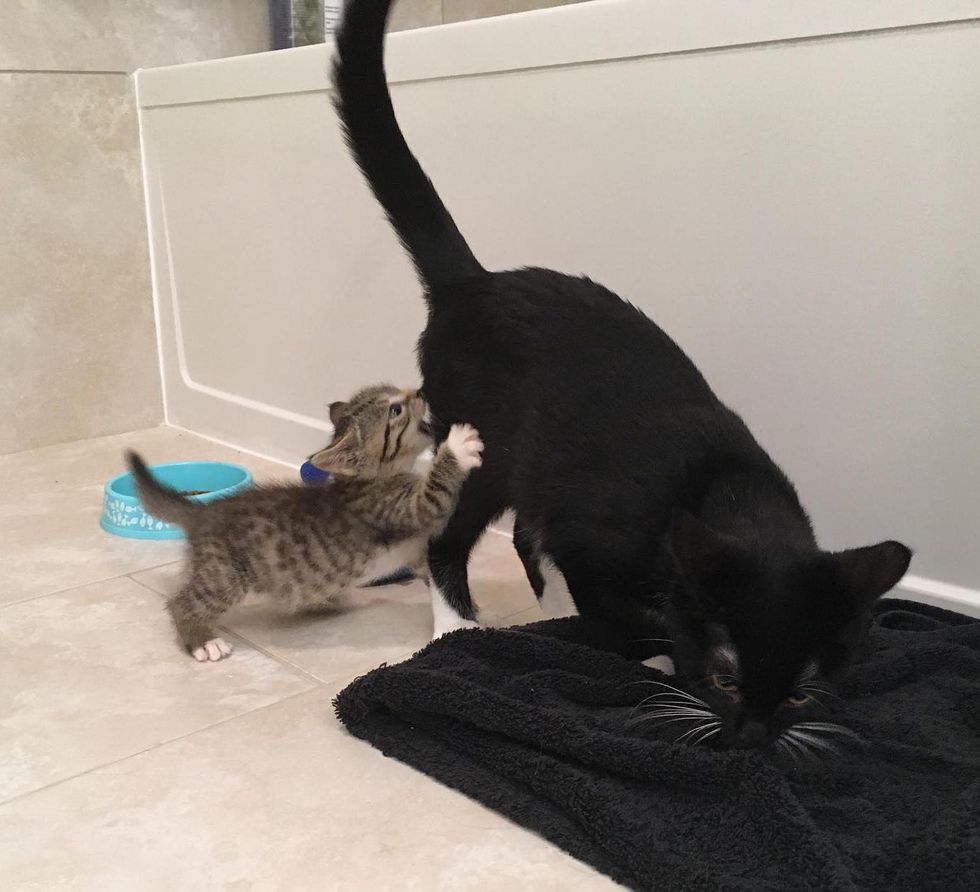 Huey the orange kitten was twice Koa’s size, but that didn’t bother her. She completely held her own when they wrestled and played together.

Koa enjoyed scampering around the room, wreaking havoc, but she never strayed far from her foster mom’s lap. 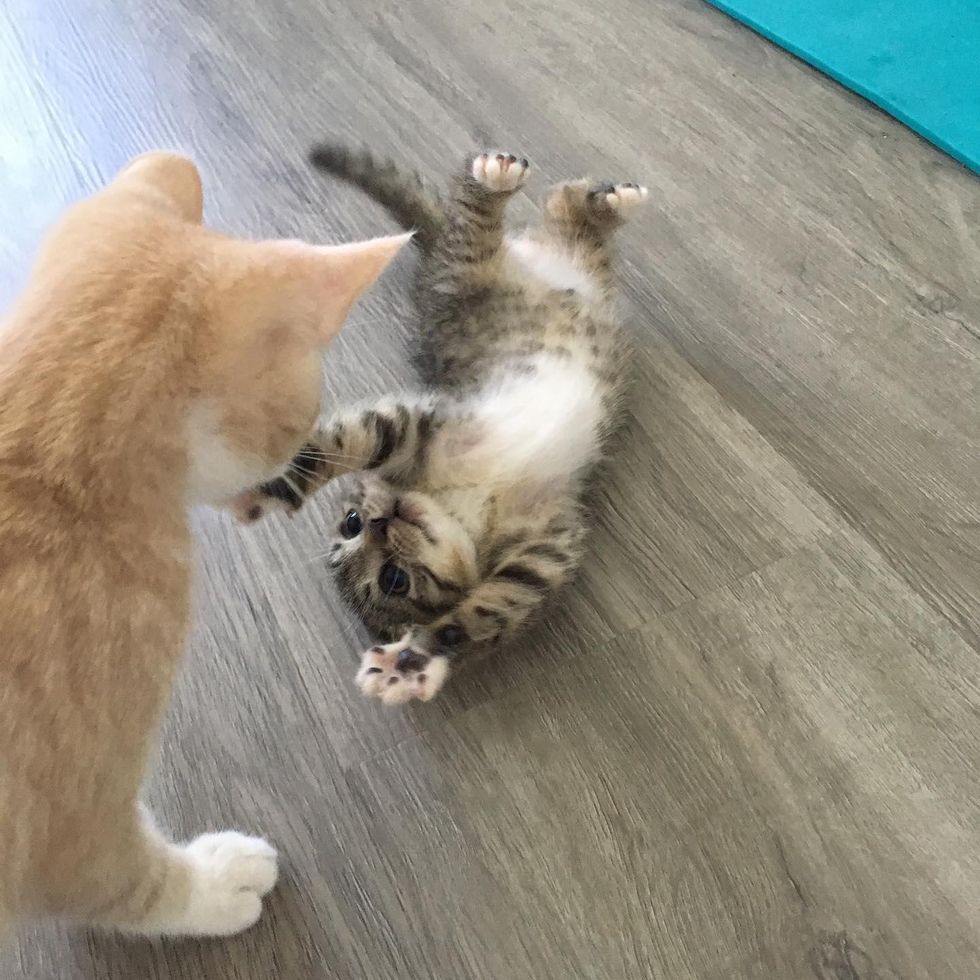 She was tiny but oh so mightyPenny Richards

“Even when she was playing she was all over my legs, pulling herself up and down my leg with those little daggers. She would run off to chase someone, then come running back and climb on my lap.”

Knowing how much Koa craved a constant companion, Penny was on the lookout for a buddy her size. 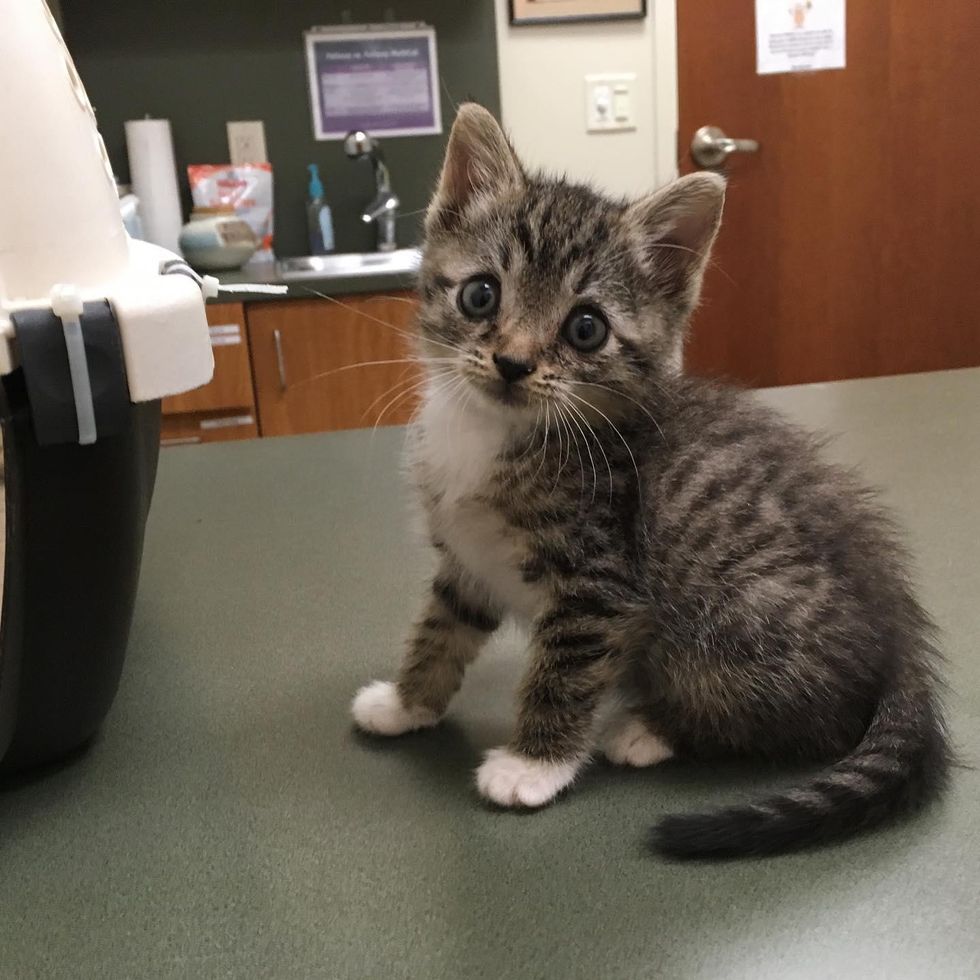 “Around three weeks after we took in Koa, my husband was working at a construction site when he and his coworkers heard meowing,” Penny told Love Meow.

After much investigation, they located a tiny kitten hiding under a dumpster. They tried to coax him out but the kitten stayed out of reach and eventually retreated into a nearby drain to make matters more difficult. 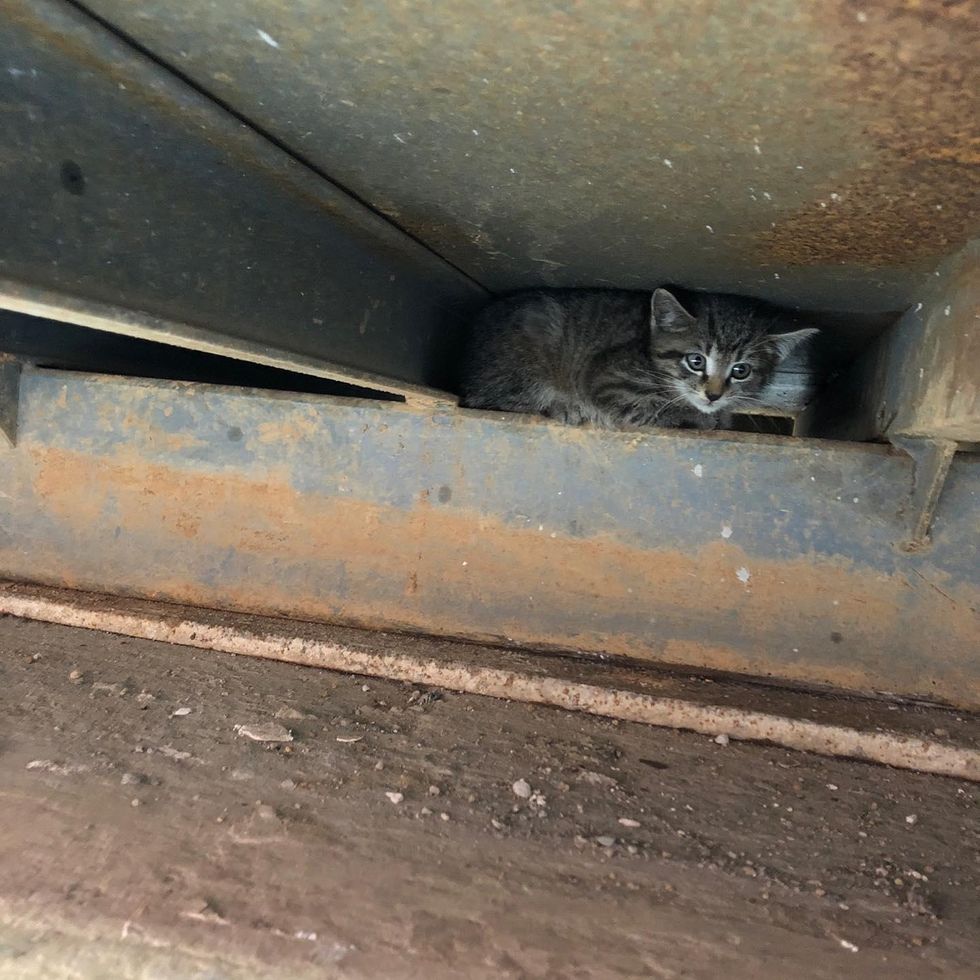 Casper was rescued at a construction sitePenny Richards

“My husband and his coworkers took apart the drain, climbed inside, and were able to grab the kitten. They put him safely in a box and my husband drove him to me at work so that I could care for him and take him home.”

The kitten named Casper was about six weeks old and wary of people. But beneath that fearful exterior, lay a little soul that was eager for love. 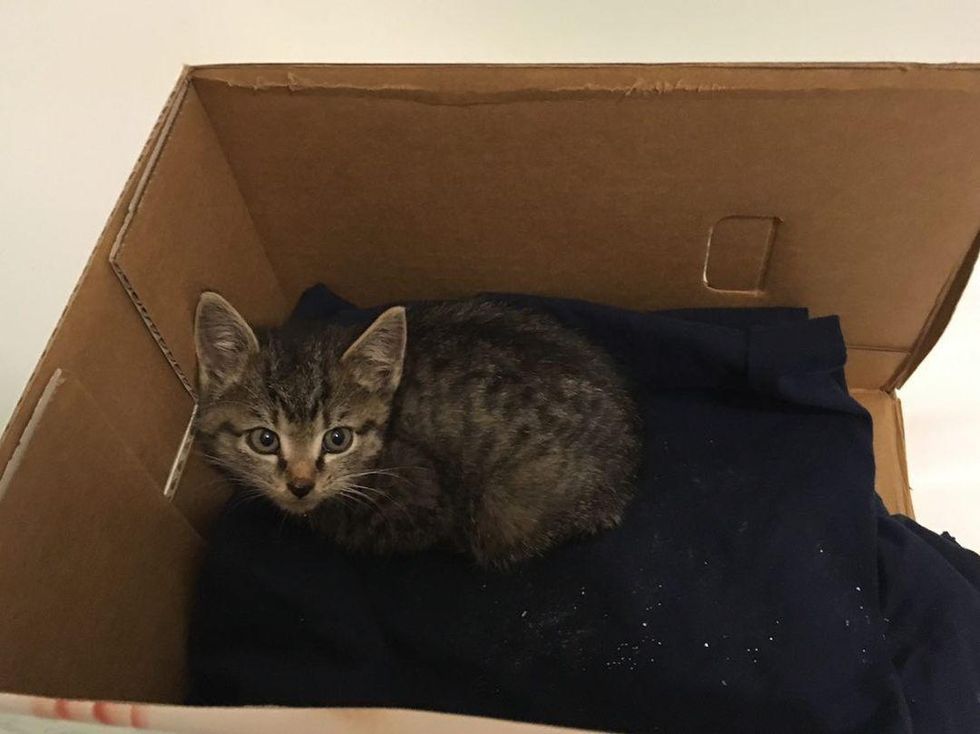 “He was a very shy little boy, who would run and hide when we went in the room. Eventually, he would learn to love humans and become a super cuddly boy.”

After resolving his upper respiratory issues, Casper was placed in the foster room where he crossed paths with Koa for the first time. 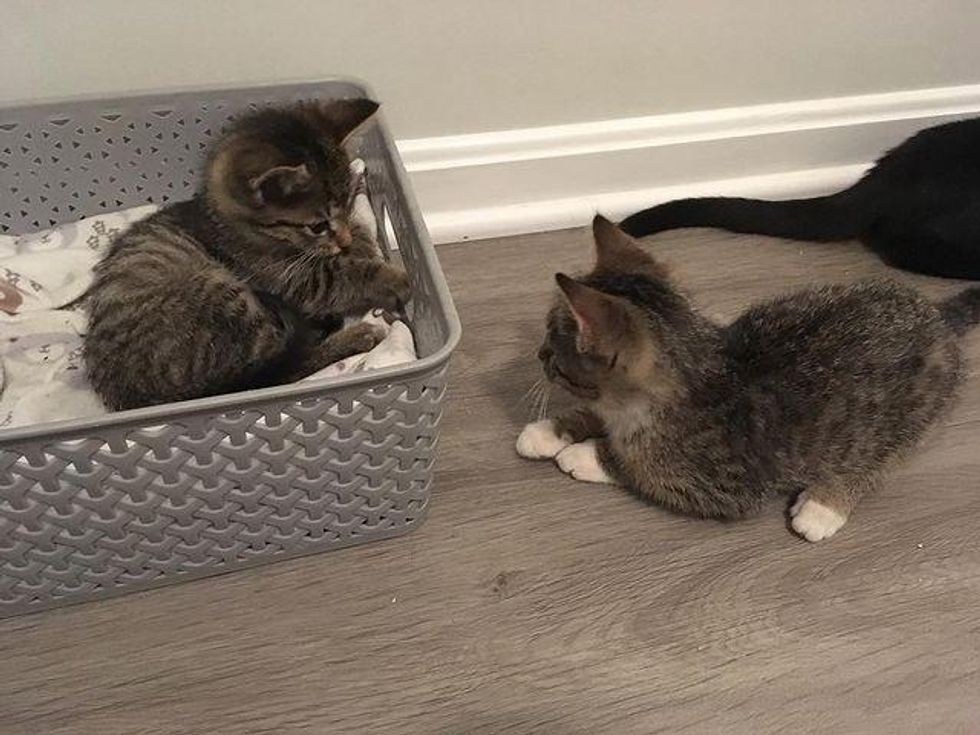 “He and Koa were about a week apart in age. The two of them formed an immediate friendship. That friendship grew over the following weeks and they became inseparable,” Penny shared with Love Meow.

“It warmed my heart to see her find comfort in a new foster brother, after losing her biological brother.” 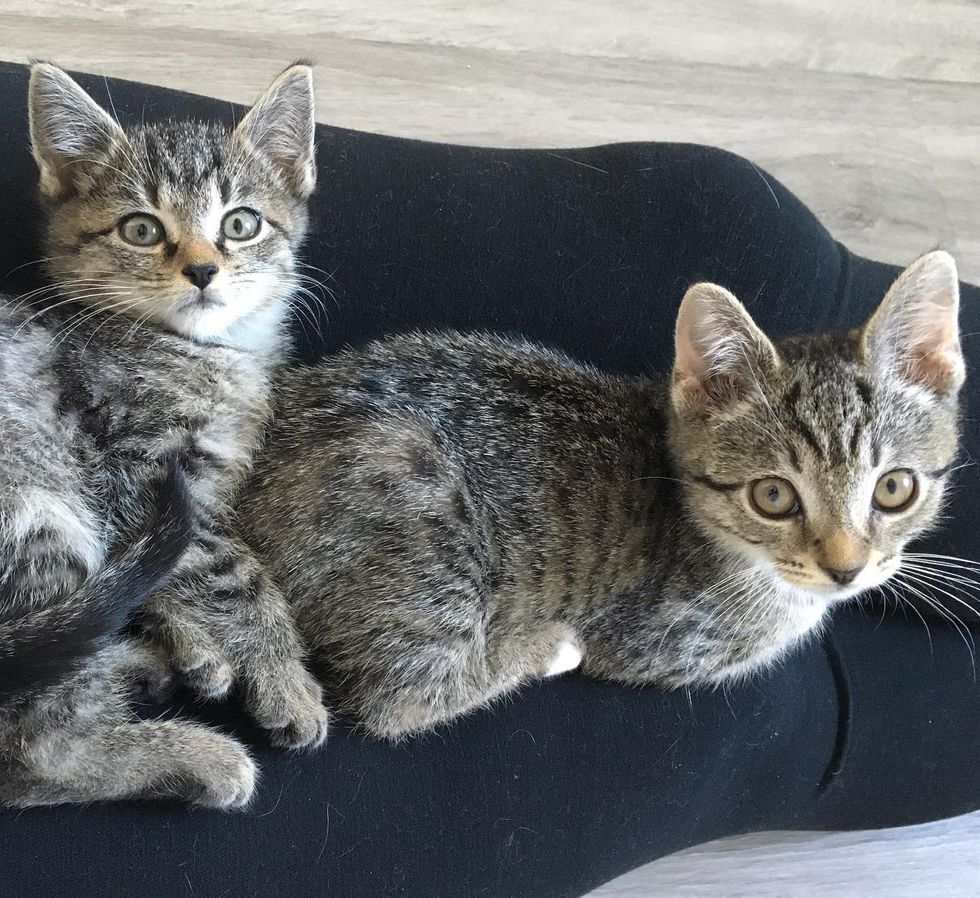 They shared a lap togetherPenny Richards

When they were ready to spread their wings and fly, Penny knew that these two were meant to stay as a pair forever.

“They were adopted together at four months old, and now live happily ever after together!”

Their bond became stronger as they grewPenny Richards

“Koa lost one brother, but she gained another in Casper.” 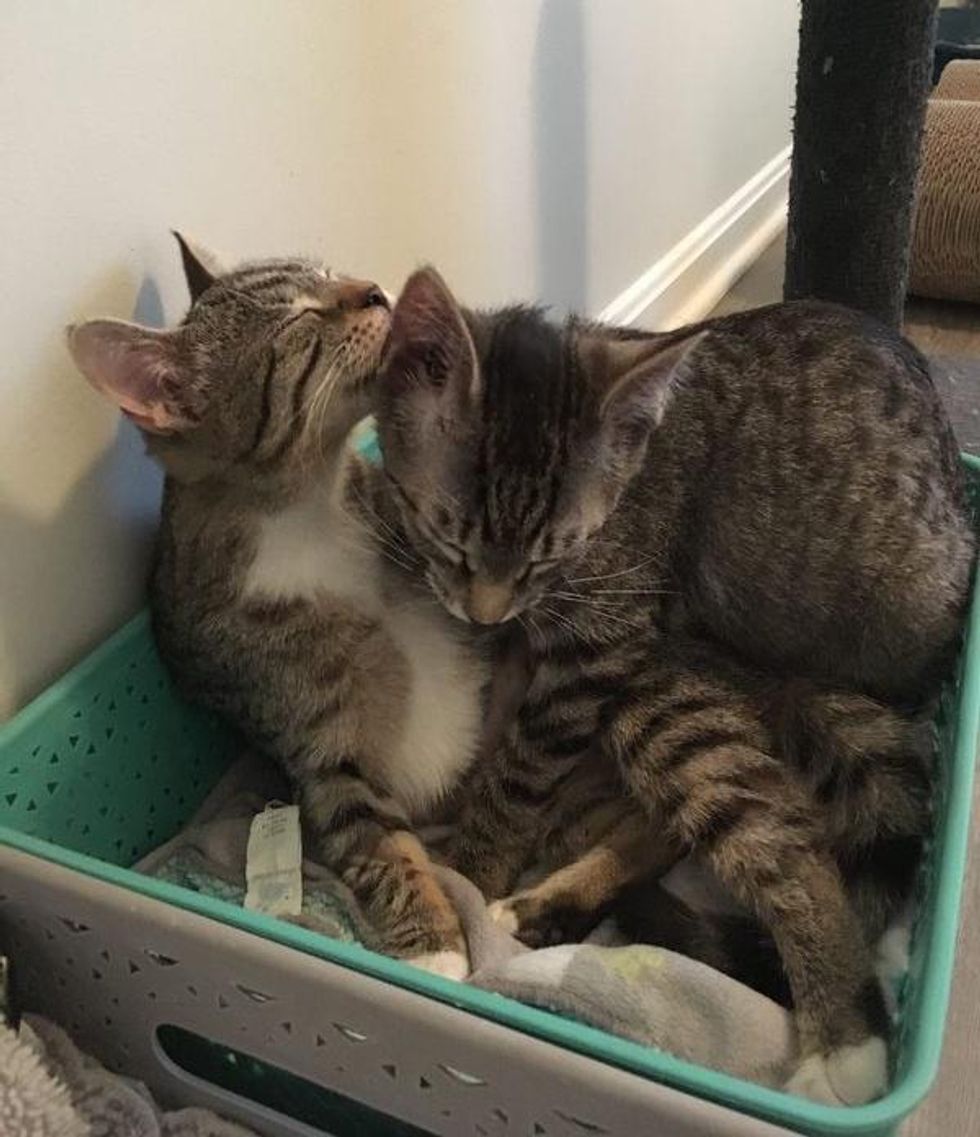 Related story: Kitten Stumbles Her Way into the Heart of Dog After Being Found Wobbling Outside

Mastering the Art of Cat Training: Tips and Techniques
😂 How to Litter Train A Kitten ? ( Leave Comment Below )#shorts
ကြောင်တုတ်ကွေးရောဂါနှင့် အိမ်တွင်းပြုစုစောင့်ရှောက်နည်း
Funniest Dogs And Cats Videos 😅 – Best Funny Animal Videos 2023 😇 #4
The 10 Signs Your Cat Has Imprinted On You