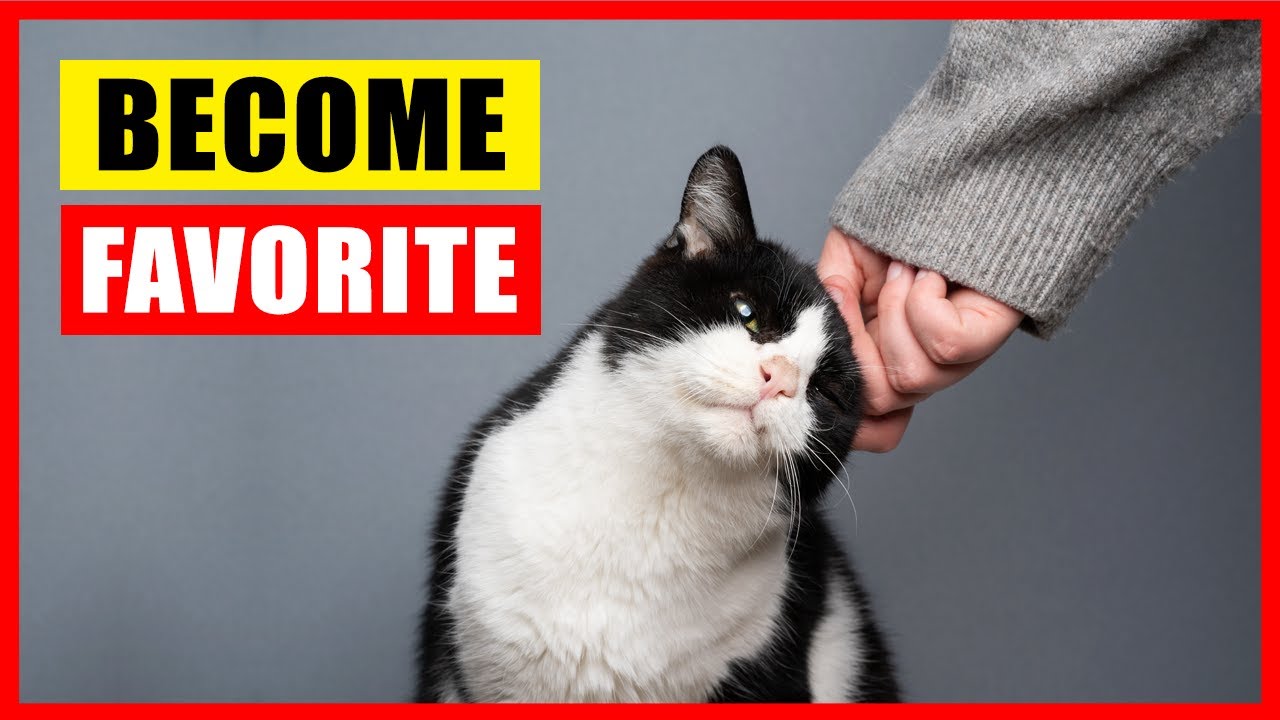 Cat Care
Share on Facebook
Share on Twitter
Share on Pinterest
Share on LinkedIn
If you’ve ever lived with cats in a household of multiple people, you may have noticed that cats often tend to prefer a particular person over others.
Believe it or not, there are several behaviors and characteristics that make people appealing to cats. Anyone who meets these certain criteria is likelier to receive a cat’s affection.

In this video, we will talk about how cats choose their favorite human and how you can become your cat’s favorite person.

Handling
Handling is key to earning a feline’s admiration and respect.
Cats want to remain in control of their environment. This means that being cornered and scooped up without request can agitate a cat.
This is why many cats will gravitate more toward people who don’t like cats, or who are allergic to cats.
The best way of winning a cat’s affections is to not insist they interact with you. Instead, encourage your pet to want the contact. Don’t hug, pick up, or corner your feline friend against their will. It’s best to let the cat make the first move.

Communication
Studies have shown that any person who can understand and respond to a cat’s cues, whether purrs, meows, or physical touch, is likelier to receive feline affection.
This means understanding when a cat wants attention and when they want to be left alone. It also means feeding them quickly when they want to be fed. Cats want to be understood and have their body and verbal language cues respected.
Cats have a special appreciation for people who can understand their needs.

Your voice
By default, cats are nervous and afraid of humans.
There are particular behaviors and characteristics that can make people less appealing to cats.
For example, cats find loud noises or sudden movements to be stressful. Cats may even try to avoid people who behave in ways that are impulsive, frightening or distressing to them. This explains why many cats avoid unpredictable children, and why they enjoy the company of elderly people. Kids are distressing to cats because they make loud noises and sudden moves.
If your cat views you as a source of safety rather than disruption, they will be more likely to be drawn to you.
Additionally, a study conducted by Animal Cognition has found that cats know your voice compared to the other voices in your home. If you speak in calm, softer tones, your feline friend will enjoy your vocalization a little more because cats are naturally drawn to the calm of it all.

Scent and Appearance
For example, a cat may show dislike toward an individual who remind the cat of somebody that mistreated them in the past. This could be due to appearances, such as hats or facial hair, or scents, such as perfume or cologne. It could even be because of certain noises the person makes or even the tone of their voice.

Quality Time
In addition to being a good communicator, a cat’s favorite human is often the person who puts effort into spending quality time with them. Don’t get this mixed up with the person who spends the most time with the cat. There’s a difference between quantity and quality, and your feline friend knows it well.

That favorite person could be the person who brushes the cat, invites them to nap in their lap, or simply talks to the cat while keeping them engaged in their everyday life. Interestingly enough, a recent study by from Oregon State University discovered that out of human interaction, food, toys, and a scented cloth, cats preferred human interaction the most. So taking 15 minutes every day to twirl the feather wand or toss a catnip mouse is a great way to curry favor with a feline.

Food
Survival instincts govern animals for a large part of their day, and few things are more important than food. So it should come as no surprise that cats show affection to people who offer food to them. This means the person providing nourishment to a cat will be highly valuable to them and is likely to win their favor, although other factors can foil this.

It is important to remember that although almost all cats will have one favorite person, this does not mean that cats only care about one person. A cat’s signs of affection indicate that they love all members of a household. The cat will just gravitate toward one particular person more than others.
Some cats innately distrust all humans. Oftentimes, such a circumstance applies to feral cats who have never been properly socialized with humans.
To know if you are your cat’s favorite human, you’ll have to analyze your relationship together as well as how they interact with other people in your household.
When a cat chooses you as a favorite, they will begin to foster a much closer bond. You shouldn’t be surprised if they sleep on top of you, follow you around, rub against you, or hang out near you. These are the personal and close behaviors which undoubtedly indicate a cat feels close to you. When they give them to you more than others, it is pretty certain you are their favorite person.

Kitten Scoots Over to Doting Dog and Rubs Up Against Her After Being Found Outside
Funny animals – Funny cats / dogs – Funny animal videos 250
Kitten Who Was Accepted by Other Cats, Starts to Hug Them and Look Out for Them
Daddy cat Coco meets baby kittens for the first time
Help the RSPCA Create a More Thortful World for Animals This Christmas