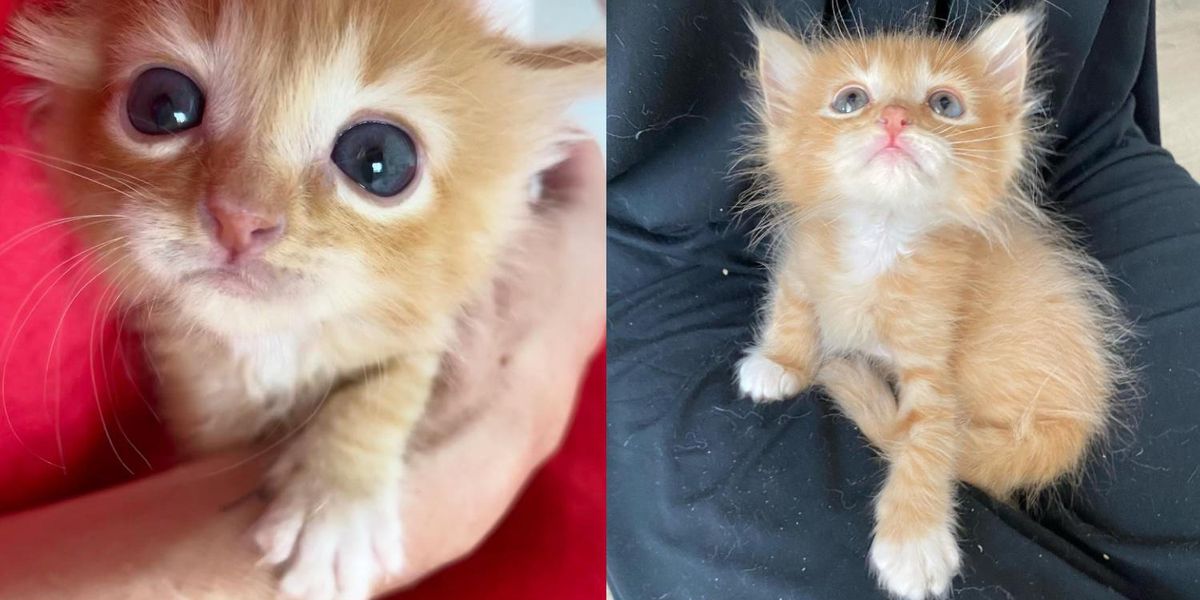 A kitten insists on never being alone again after being found left behind at birth. 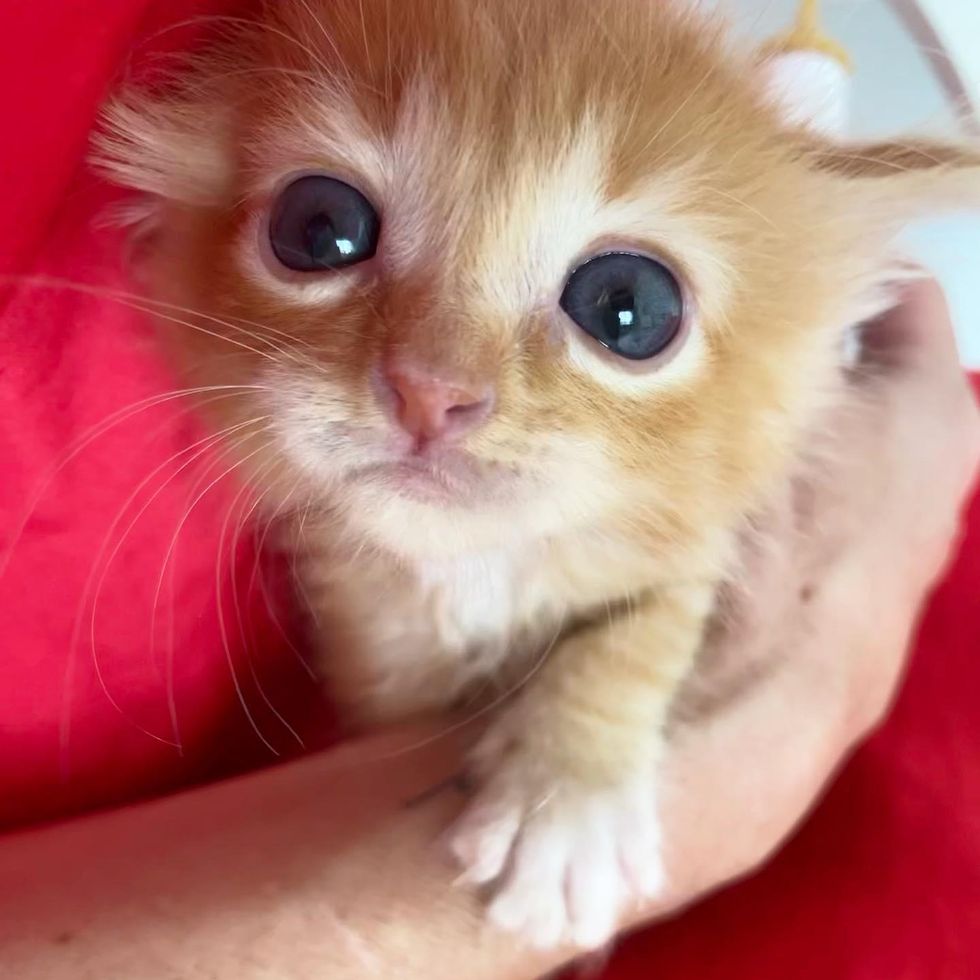 Earlier this year, Patricia Lika, a fosterer based in Las Vegas, was contacted about a pair of kittens desperately needing help. They were found outside just hours after being born.

The cat mother never returned for the kittens, so a Good Samaritan scooped them up and took them to seek help. “In this situation, it was obvious that we needed to intervene,” Patricia shared with Love Meow.

The kitten named Alexander was a warrior from the start. He tried his best to finish each meal and showered his brother Liam with cuddles. Despite their best efforts to save them both, Liam who was just half the size of his brother, lost his fight. 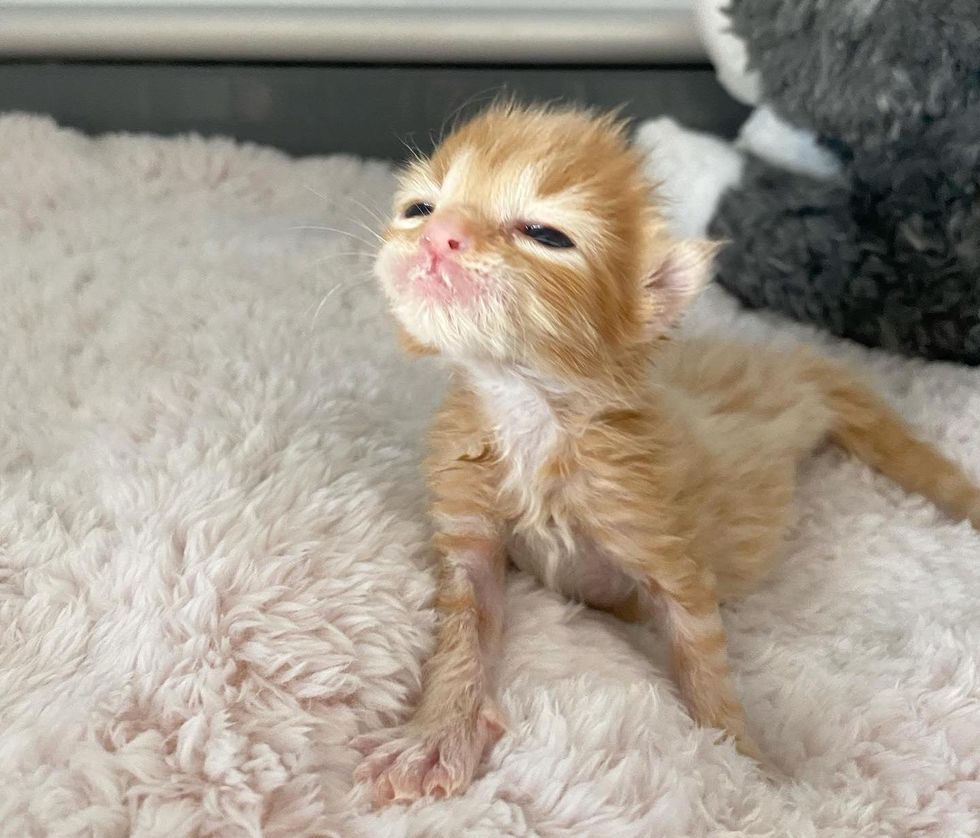 He was found outside with his little brotherPatricia Lika

“Alexander missed his brother but thankfully continued to thrive. He was putting on weight and started growing into a healthy, chubby boy,” Patricia told Love Meow.

Patricia bottle fed the kitten around the clock and spent ample time with him. He would nuzzle into the crook of her neck and go right to sleep. Alexander became very attached to his foster mom and insisted on having her around constantly. 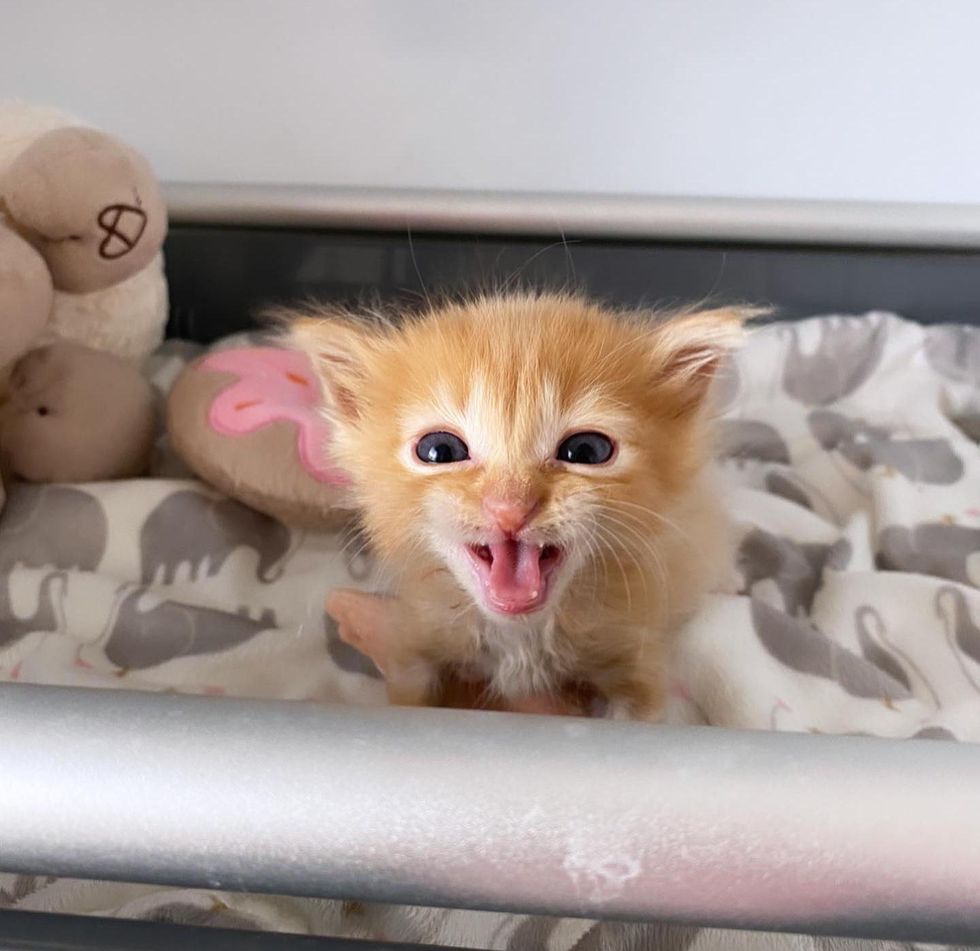 He began to thrive and had a lot to sayPatricia Lika

The orange boy gazed at his foster mom with those wishful, big doe eyes whenever he wanted her to stay. As he grew bigger, he would crawl into her arms or lap for good measure.

“He melts me with the way he looks at me. I’m so proud of how far he has come.” 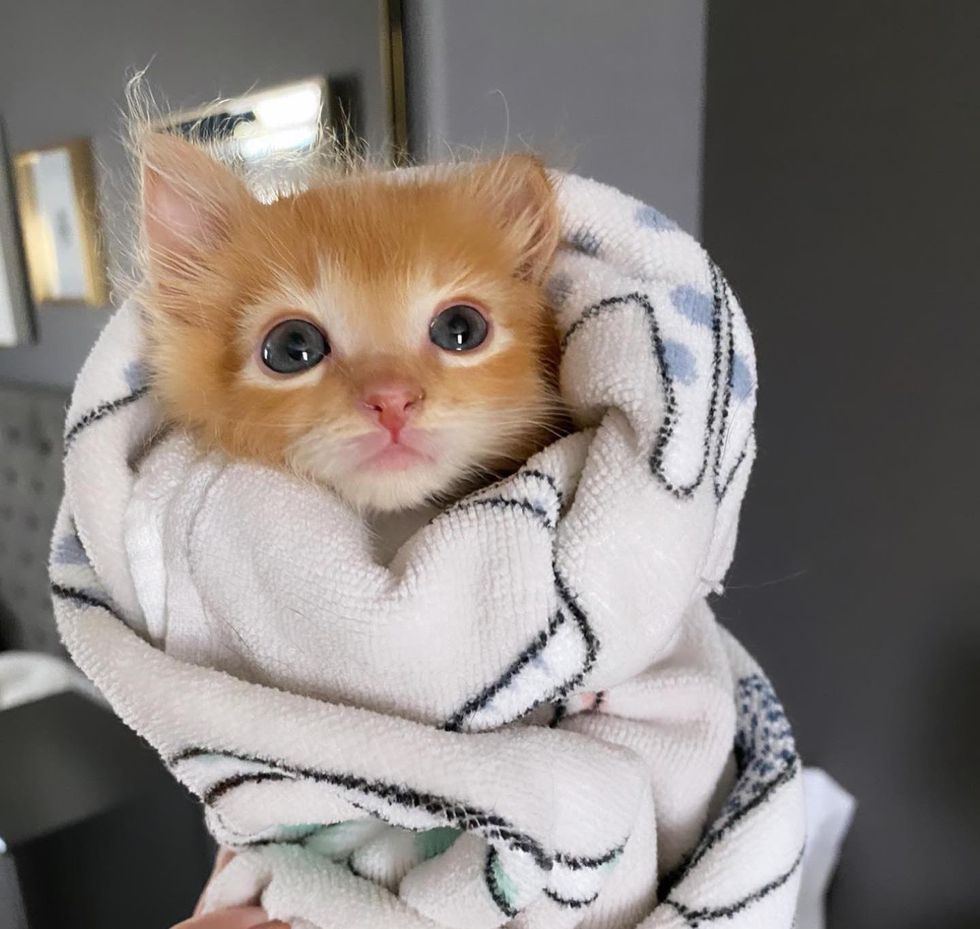 Alexander loves to be cuddled and doted onPatricia Lika

Alexander comes running when he sees Patricia in the room. He is adamant about being up close and personal, so he can offer many of his signature kisses.

“I never fostered a kitten who constantly gave me kisses. He is such a love-bug,” Patricia wrote. 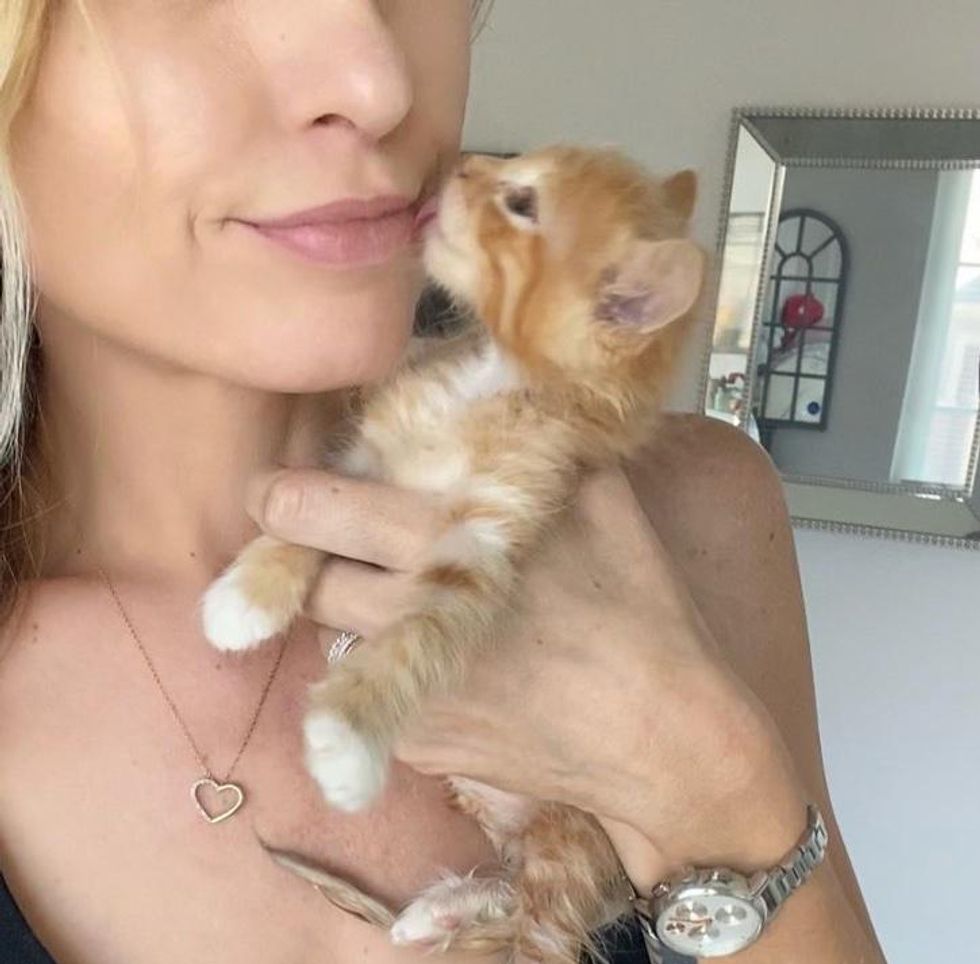 Whenever the kitten spots an empty lap, he is on a mission to fill it. He is obsessed with his foster mom because she is all that he knows from birth.

The orange kitty has also befriended the resident dog and other foster cats, showing them that even though he is tiny, he has a mighty personality. 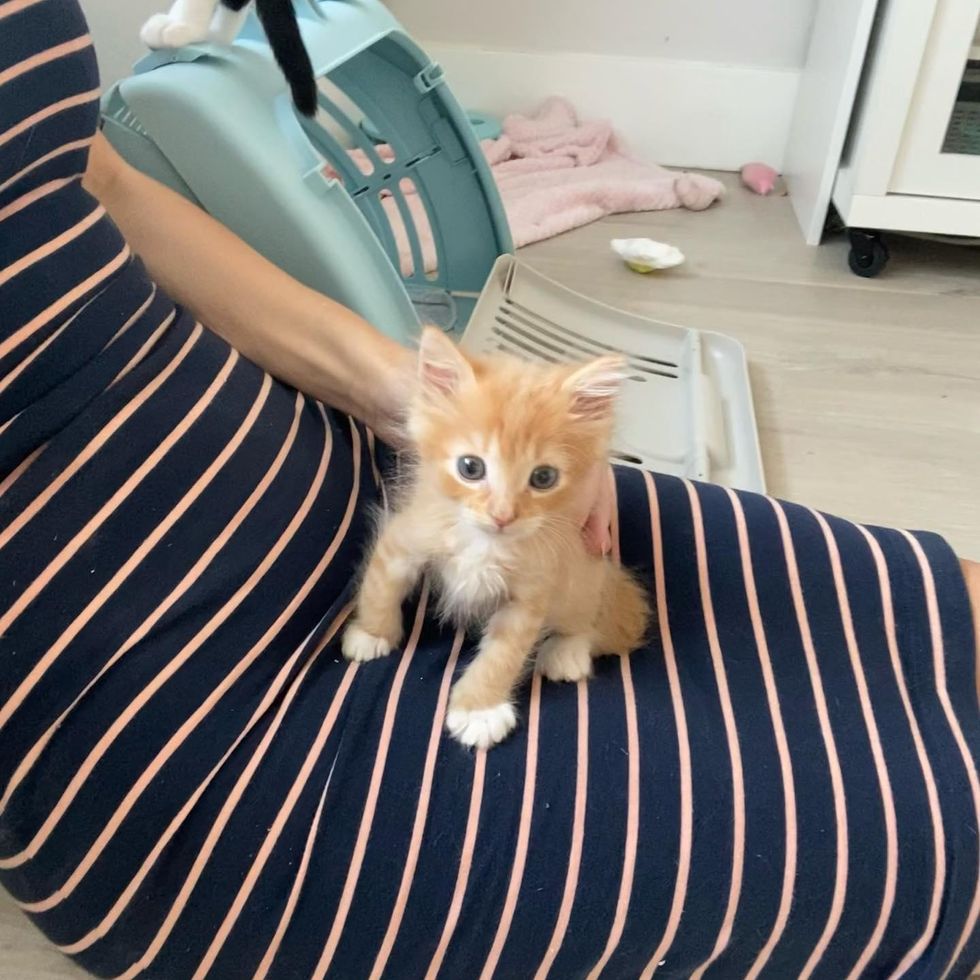 If he spots a lap, he must sit on itPatricia Lika

Alexander can hold his own when he plays and wrestles with bigger kitties. He is curious, adventurous, and very affectionate towards those he meets. 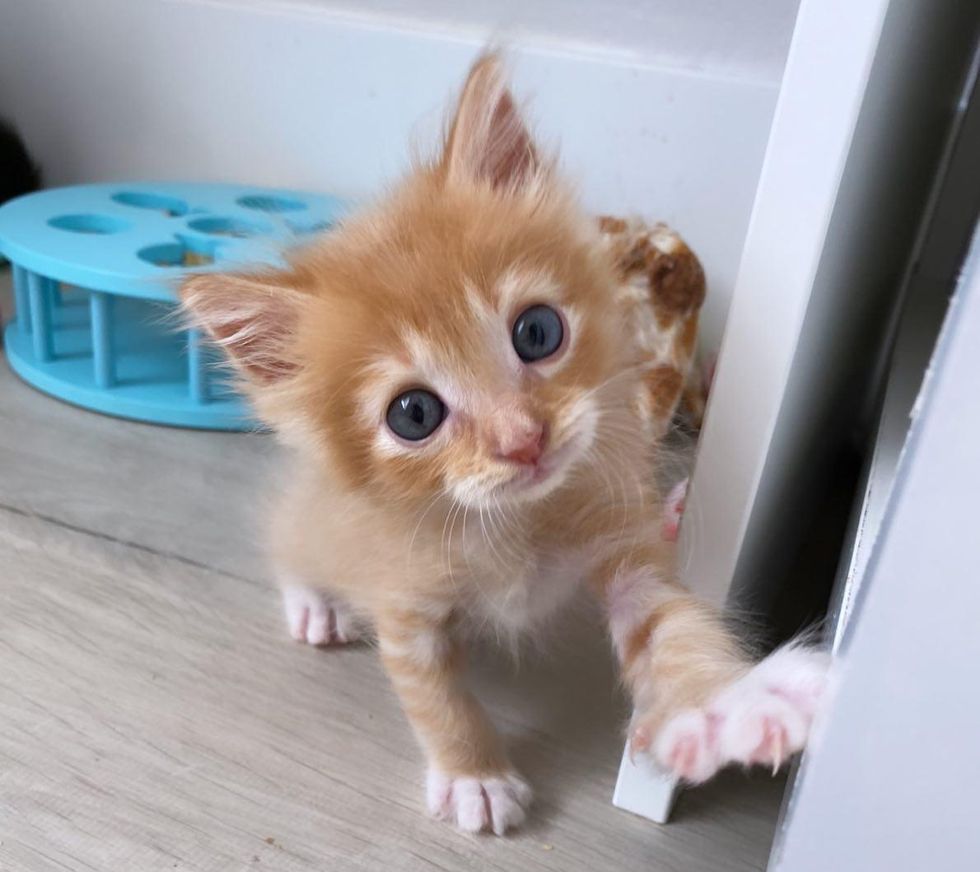 The orange kitten follows his people everywhere they goPatricia Lika

“He follows me around all day and gives me a million kisses a day. He is such a special boy. I know in my heart Alexander will find the best forever home and will continue to give this love to his forever person(s).” 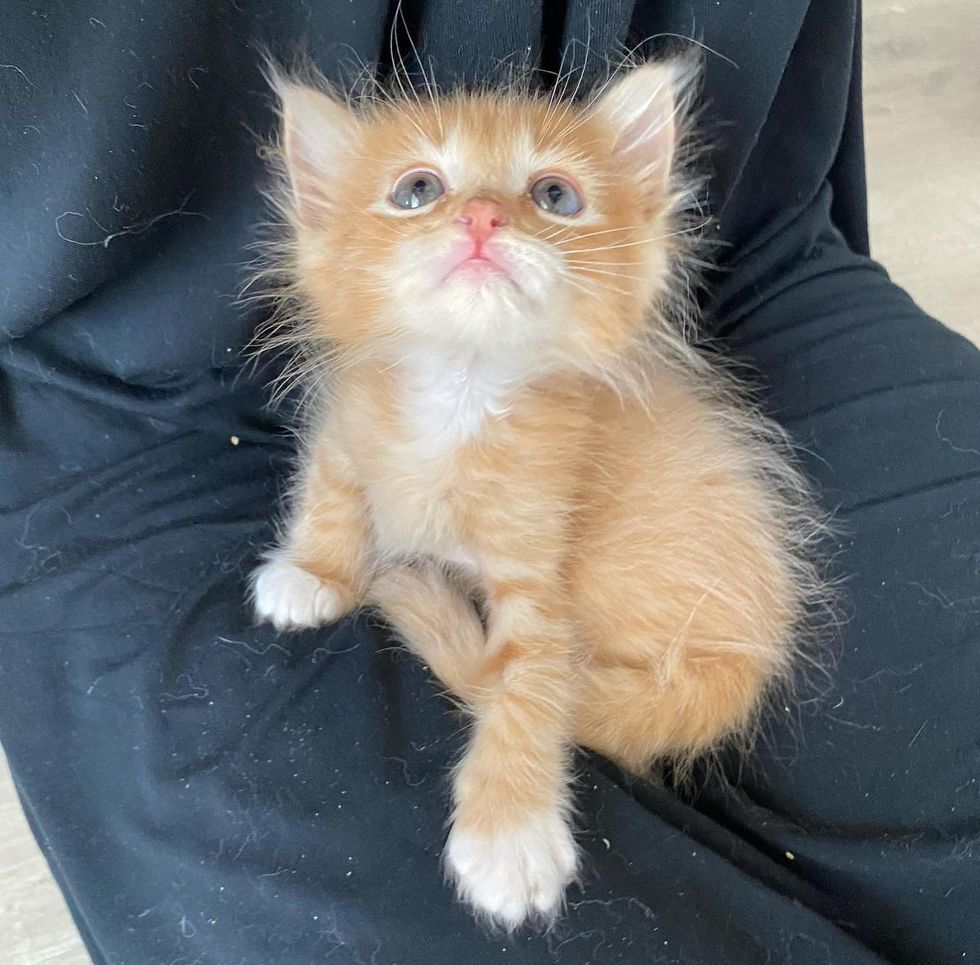 The tabby is now ready for his next journey in life. He dreams to always be surrounded by friends and family and never spend another day alone.

“This kiddo will have to have a home with animals. He loves others. He cannot be alone, he’s a social boy.” 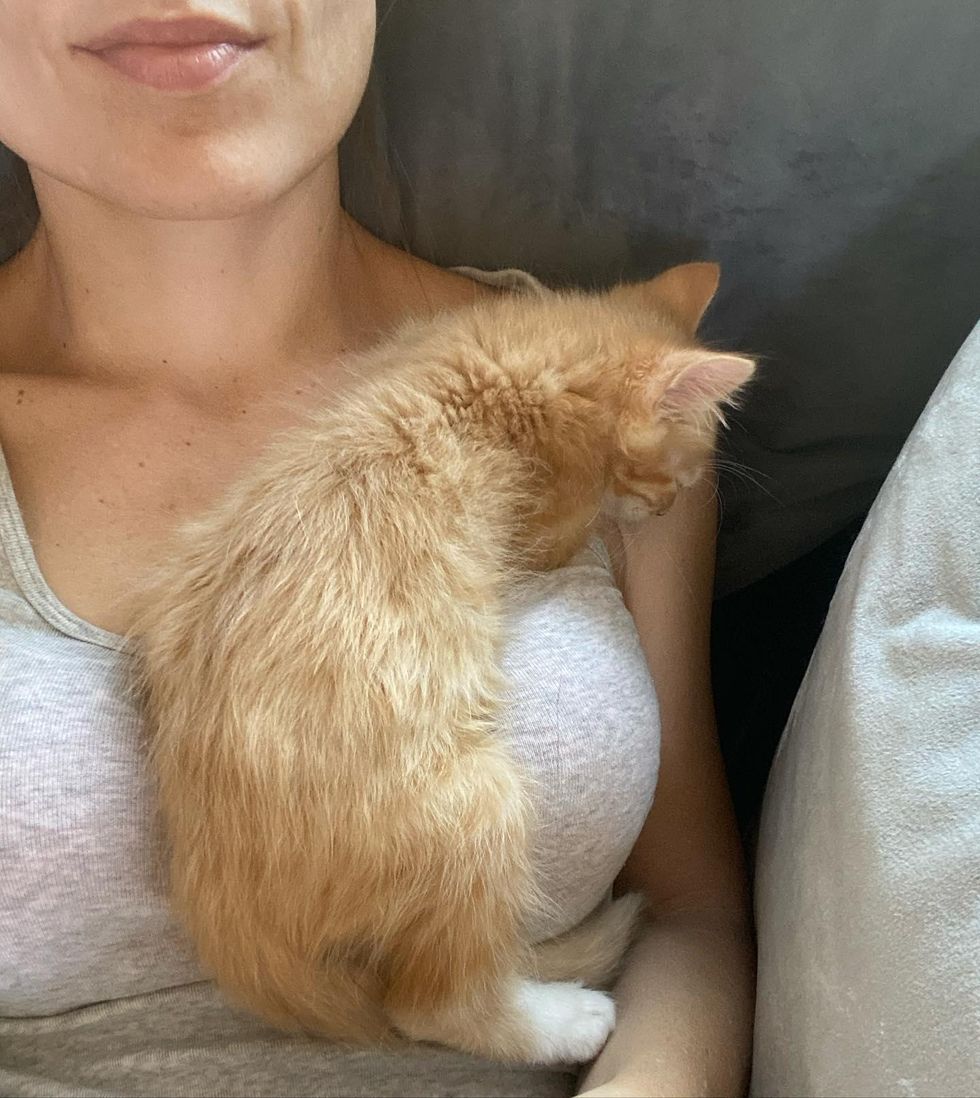 He is a little clinger to his foster momPatricia Lika

“Alexander is healthy, happy beyond words and living his best life. He’s a lover and a social butterfly.” 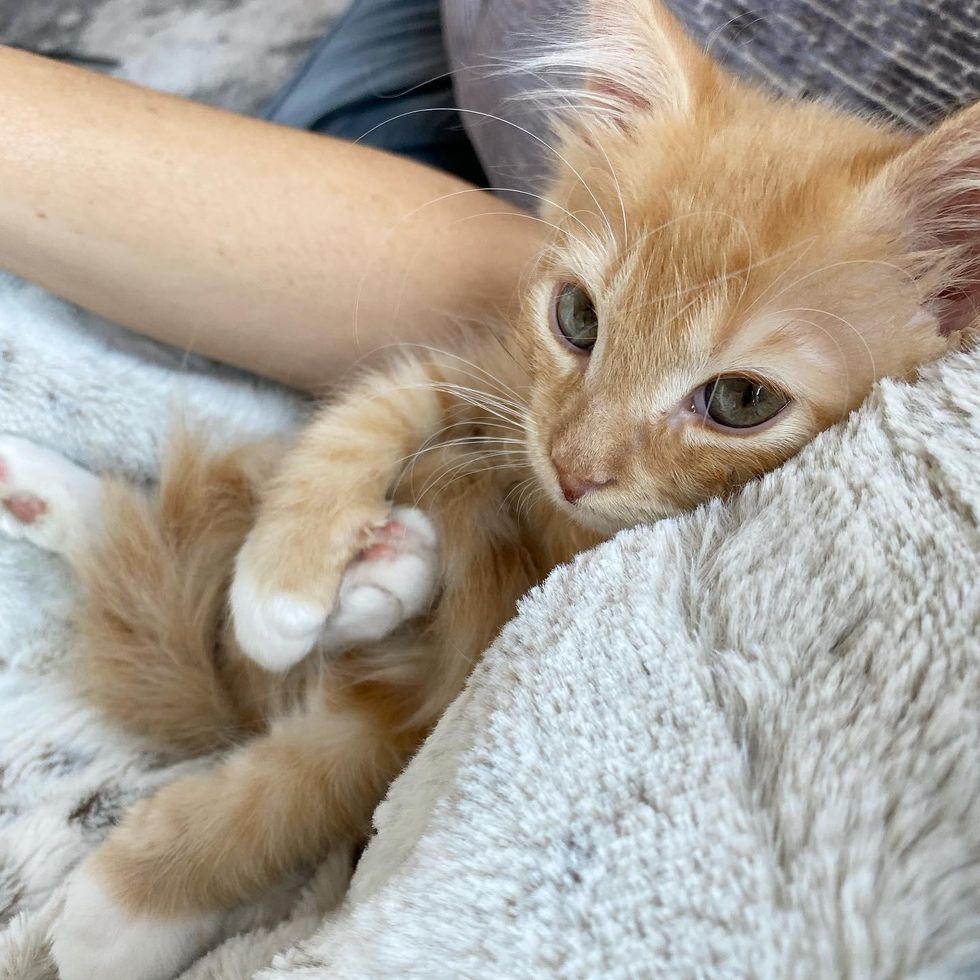 Alexander is ready to find his forever homePatricia Lika

Related story: Kitten Follows Cat Home and Decides She is Never Leaving After Life on the Streets