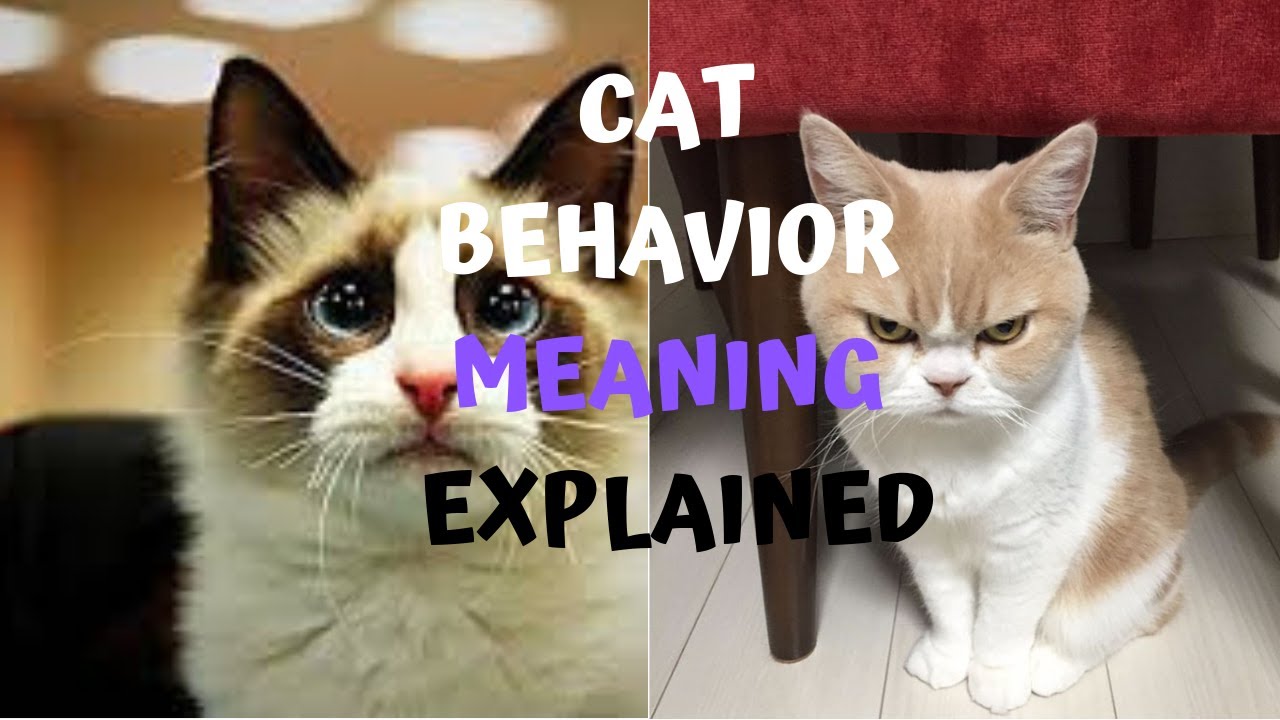 A lot of people think that cats work on their own agenda, not paying much attention to their owner – provided they have clean litter, food, and water. Cats can behave in odd manners at times, which can easily confuse their owners and make it really hard to determine what the cat wants. As much as cat behavior can be confusing, there are some ways that you can solve common cat behavior mysteries.

A common behavior that almost all cats do is push their heads into any type of object that will allow them to do it. You’ve probably seen your cat do this before, probably against table legs, TV stands, or another object. This can be noticed more when you have other people who own animals or those with allergies over at your house. When a cat notices this, he will rub his head against the person. In doing so, he will put a touch of saliva on the individual. In a cat’s mind, he owns what he puts his saliva on.

By putting his saliva on something, that object or person will have a familiar scent. Although this can be very annoying, you have to understand that other people in your home are seen as odd or weird to your cat. When a cat does this, he is simply trying to make the visitor belong. When he brushes up against them and puts his saliva on them, he is trying to put his scent on them – which in his mind will mean that they belong in his territory.

Even though marking someone or something with saliva is beneficial to the cat, saliva is one of the most common forms of pet allergies. When someone wipes the saliva off of them, the scent will be gone and the cat will go back and attempt to do it again. Even though it may appear that cats target those with allergies, cats are actually just trying to make the visitor belong at the house. If the guest simply cannot take the saliva, allow the cat to rub himself on their pants leg a few times. Normally, this is all takes for a cat to leave the person alone.

Those of you who an indoor cat should expect the cat to spend quite a bit of time lying near windows. During this time, you may hear your cat make very strange noises or weird movements. You shouldn’t fear though, as he is simply acting out his hunting instincts. Whether it’s another cat or object outside moving about, the cat will see it and simply go into his native hunting instinct.

As most already know, cats love to play. They love to played with, especially with toys. They will pounce on things on occasion, which should always be expected. If you try to prevent this type of behavior, your cat will take a very negative approach and you’ll end up with a lot of broken things in your home. You can always play with your cat using a string, as he will love to chase the string around the room.

The longer you own your cat, the more odd behavior you’ll see him exhibit. Cats behave in strange ways, although they always have a reason for behaving the way they do. If you can understand why your cat behaves like he does, you’ll have no problems keeping him healthy and happy. If you simply pay attention to your cat and the way he behaves at times – you’ll be able to understand him better than ever before.